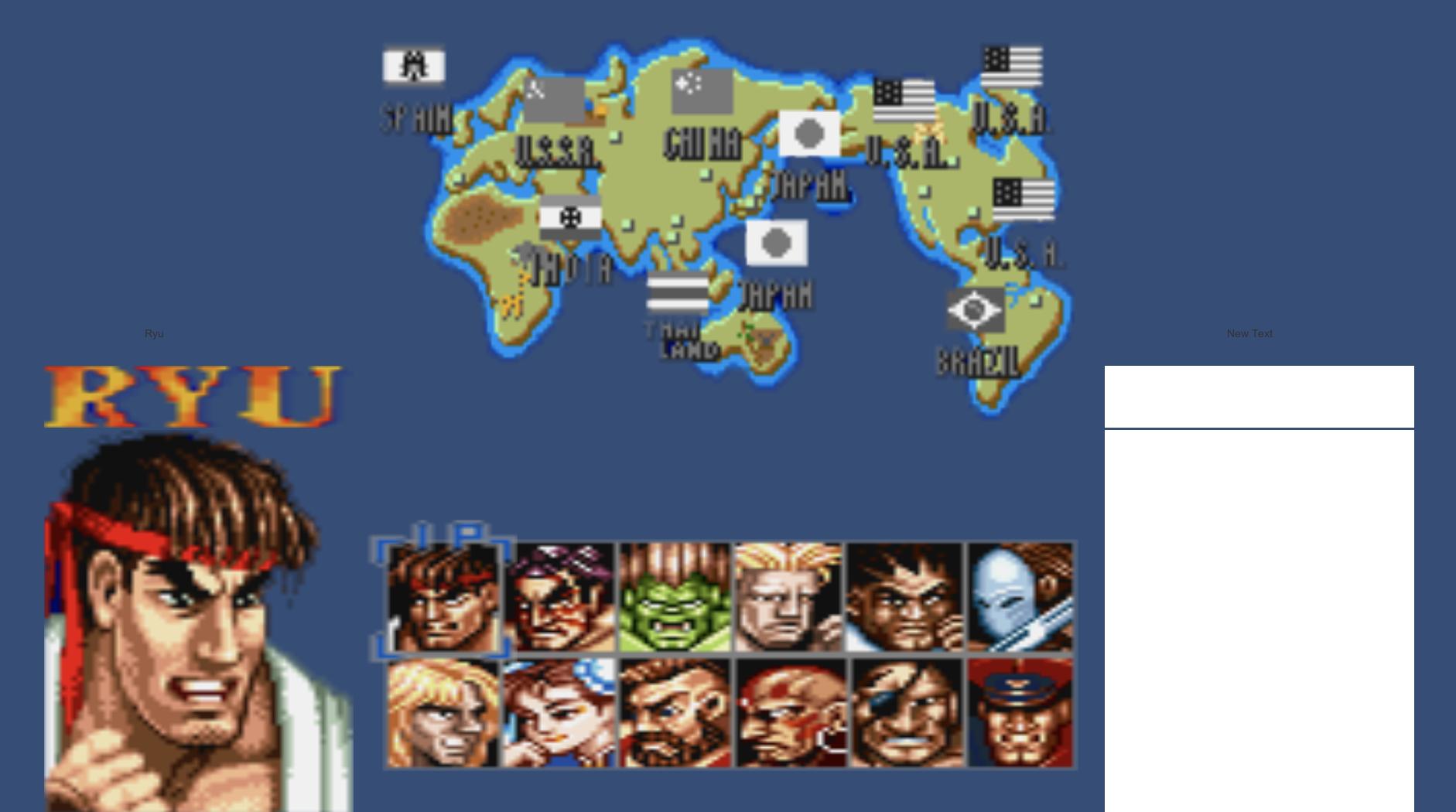 I managed get it working with a Grid Layout Group, ScriptableObjects, and some scripts to have the 1P cursor move around and change the portrait and text on the left.

What I don't know is how to make it 2 Player. The white area on the right is where I'm intending to show the selection for the second player, however I can't get 2 players to work here.

Currently, the Player selection works using WASD or the Arrow Keys (and the mouse, though I'd like some way to turn that off for now since it causes weird things to happen).

I've tried to make 4 new axes for the X & Y of each player with different buttons and apply them to different Standalone Input Module components, but that doesn't work (one often ends up disabling the other).

I've also looked into Event Systems, but wasn't sure if this was applicable. I don't know much beyond the basics of UI programming and I've never really dealt with Event Systems and Event Triggers before this. Nothing I do seems to let a second player exist in this selection scene.

This is the script that I'm currently using for selection. It uses parameters from a Character ScriptableObject I made to control the graphics. However, my navigation inputs in the UI seem to be driven by the Standalone Input Module.

Anyone have any advice on making a 2-Player UI? I'm glad I was able to figure the 1P out, but I'd really appreciate being able to learn how to make a multiplayer UI.

This is possible, but you have to keep track of one selection for each player separately, and handle reading each player's input/reacting to it yourself.

But you can still reap the benefits of the UI system's navigation mapping, highlighted state transitions, etc.

We can do this with a MonoBehaviour script that represents one player's selection state. Our scene can contain one or more instances of this script, or even spawn/enable more on the fly as players join.

This script is responsible for:

Here's a proof of concept:

Not the answer you're looking for? Browse other questions tagged unity multiplayer gui selection or ask your own question.

0
How can I make player move on array of GameObjects in Unity?
0
Best way to draw a textfield in OpenGL, when performance really matters?
1
How to make an object with its own sprite draw an additional sprite on top of itself
0
Unity (UNET) Pass custom data when creating and joining a match in multiplayer
0
Unity UI Buttons don't work when clicked, don't seem intractable at all
0
Unity Menu navigation using keyboard/controller input?
0
Persisting unlocked characters in Player Prefs
1
UE4 Blueprint Multiplayer Spawning Issue
1
Comparing strings doesn't work