Drawing sprite shapes with triangles instead of textures

If I want to use no textures in a game (ie. no png images), could I just break down my drawing into triangles, combined into the shape I want to draw, and draw those triangles instead?

For example, I found this in Google Images, showing how an "arrow" graphic could be drawn as a triangle mesh instead of a textured sprite: 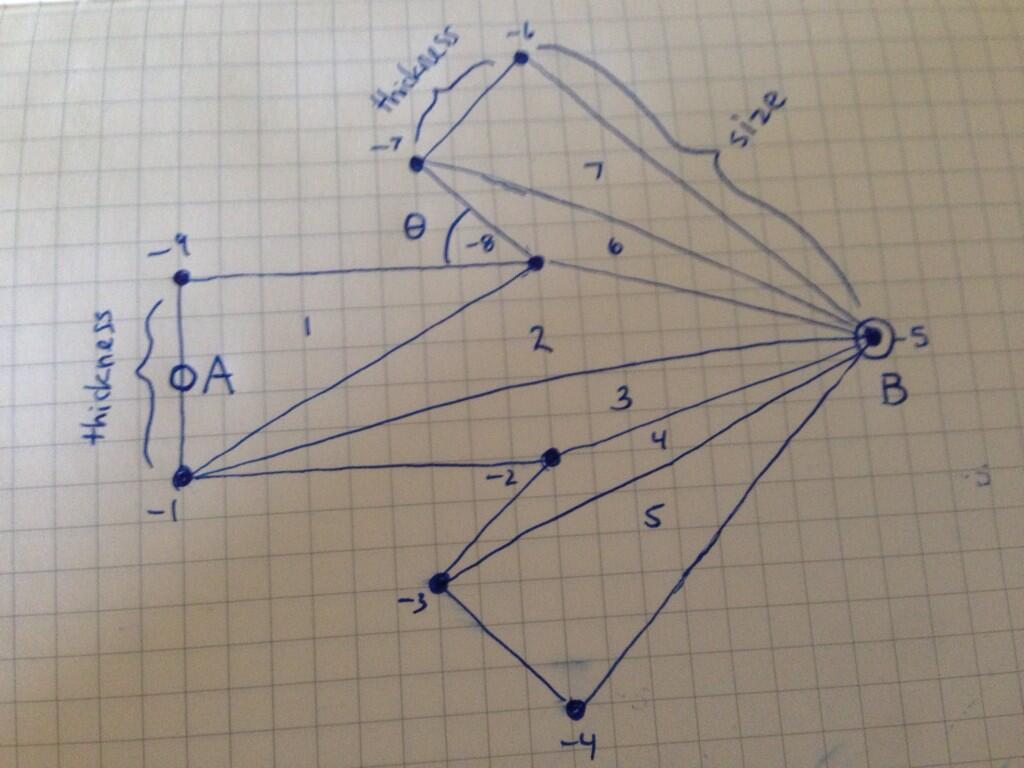 Yes, you can do that exactly as you describe.

I made a 2D game a few years ago where an artist decided to make all our "sprites" as meshes in Blender, due partly to a limitation in the v1.0 of the engine that didn't support textures (the engine I wrote for the shipping version did, but the character art was already made and the meshes were smaller than the corresponding rasterized sprite sheets would have been).

I would suggest using alpha blended textures instead, as simpler alternative.

The texture would then look like this, and instead of triangulating it you just draw one textured quad with it:

The big advantage is that you will have much greater artistic control over it, since you can create textures like this with almost any application and can replace them by more complex sprites if you ever want to.

Not the answer you're looking for? Browse other questions tagged opengl textures vector-art or ask your own question.

2
How can I create my mesh so that textures applied to it are NOT rotated 90 degrees in Unity 3D?
8
How to draw 2D images using OpenGL, in SDL?
10
Sprite sheet textures picking up edges of adjacent texture
3
How can I determine the pixels covered by a transformed triangle (without drawing it)?
1
Model texturing not seamless at certain zooms? (C# XNA)
0
OpenGL 3.3+ bounding volume only partly drawn
0
Animate some tiles of tile map