Minigame inside game in Unity

I am developing a 2D game, and using an option of the game, it will open a minigame. I planned to set it as a separate scene, but I don't know how could I load a Scene into another scene as a window.

To give you an example, it would be something like Mass Effect and Piracy puzzle (as you can see, the game opens another game in a separate window). 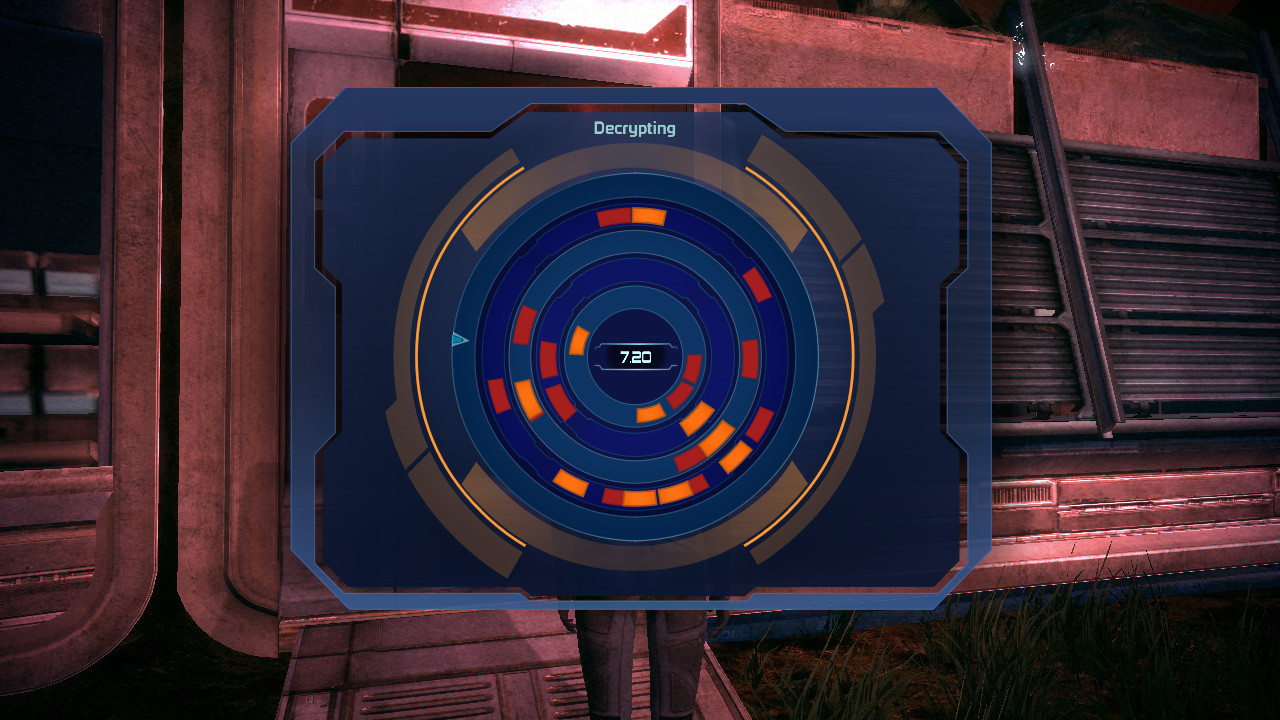 As you can see, the Minigame is in some kind of Window, and in the background is the main game.

Anybody knows how could I do that?

You can load a scene without destroying anything in the current scene by using the method SceneManager.LoadScene with the LoadSceneMode.Additive flag.

That way all the objects from the loaded scene get added to your current scene. Both scenes now coexist with each other in the same 3d space.

Note that all scripts from the "background scene" are still active, so you might want to set your input controller to inactive while the minigame is active.

The minigame scene won't get loaded "in a window", but you can fix that by the scene being a window in form of an own UI canvas.

If you don't want to implement your minigame with just the UI system, you can add a secondary camera to the scene which shows the minigame. To make that second camera render everything it sees on top of the output of the first camera, set it's "Depth" higher than that of the first camera and set its "Clear Flags" to "Depth Only". You can also edit the "Viewport Rect" of your minigame camera to only draw inside a defined rectangular area. Another feature which could be useful here is the "Culling Mask" which controls which camera renders which layers. When primary game and minigame use different layers, you can easily use culling masks to make sure that they don't interfere with each other visually. For more information, check the documentation of Camera.

Not the answer you're looking for? Browse other questions tagged unity unityscript or ask your own question.

1
How can I tell the player that a key or other item can be discarded?
2
Load previous (last) scene used in unity3d
2
Stretch the game to fit the game window, in Unity 5
0
Loading Screen And Coroutines Unity
1
Unity3D - leaving and then returning to a scene
8
Unity: Apply an Image Effect on one layer only
0
Unity test/Play mode window problem
1
how to get current zoom level from scene window