Stretch the game to fit the game window, in Unity 5

The game's real resolution is supposed to be 720x1280 (16:9 equivalent). In the image on the left you can see the actual resolution.

I can see that unity automatically re-scales it everytime the game window is re-sized, but it kind of keeps the same aspect ratio. This results in either black bars or part of the game being off-screen. How can I scale my game based on the current window aspect ratio ? I know the graphics will get distorted. 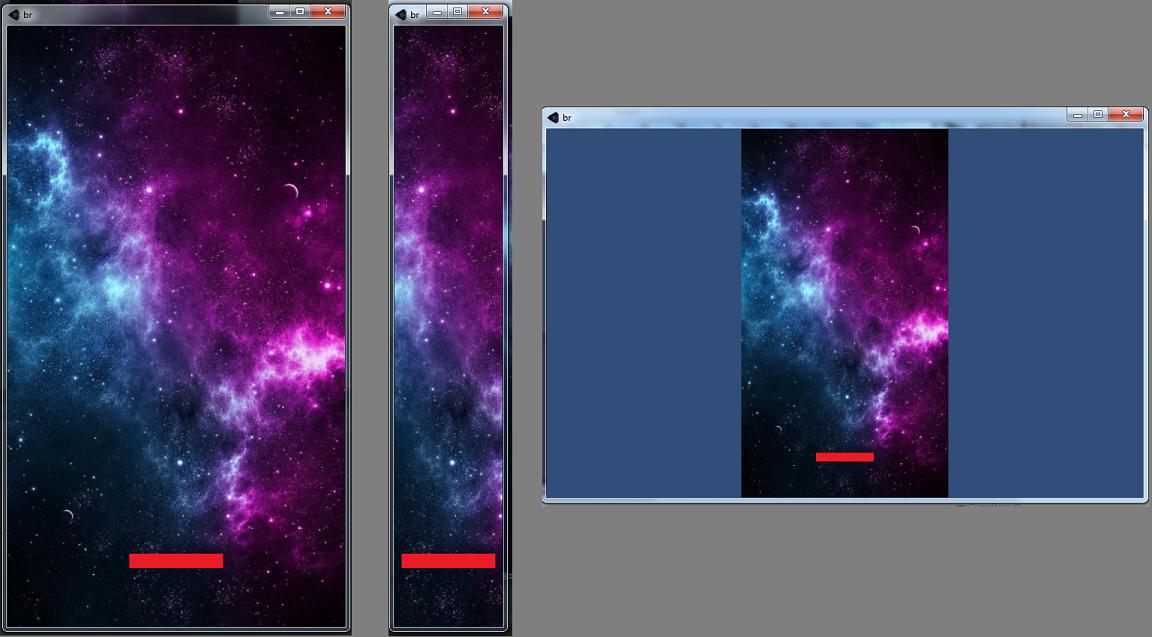 Isn't there a way to stretch the game without keeping the same aspect ratio, within the unity interface ? If not, how could I do that within a script ?

In xna or libgdx, I would simply add a scale matrix on every spriteBatch.Begin() method call. That scale would be based on the (current window width, current window height) and the ("real" game width, "real" game height).

For example, since my game is 720x1280, if you had your window re-sized at 500x500, I would scale the graphics by 500/720 on X axis and 500/1280 on Y axis. And then I would have to scale the inputs by 1/scale matrix. I need to know how this works on unity. Perhaps, setting Camera.main.aspect to the current aspect ratio of the current window (I could calculate that everytime the window is resized), would solve the problem (?), but is there another option ?

The camera will normally render with an aspect ratio equal to Screen.width / Screen.height but this can be overruled.

This script will have an effect similar to taking 16:9 image from the camera then stretching it to fill the screen. This will of course cause some distortion.

Not the answer you're looking for? Browse other questions tagged c# unity resolution .

7
How do I solve my resolution problems?
6
Multiple resolutions for Unity 2D Android game
2
How to lock aspect ratio when resizing game window in unity?
1
How can I run a Unity game in a window larger than the desktop resolution?
0
Setting up a low res viewport to stretch in Unity
0
Keep aspect ratio on window resize in Unity