I'm using Unity C#. How would I create the effect in my pool game, a line showing the direction of the second (not white) ball after collision. Example: 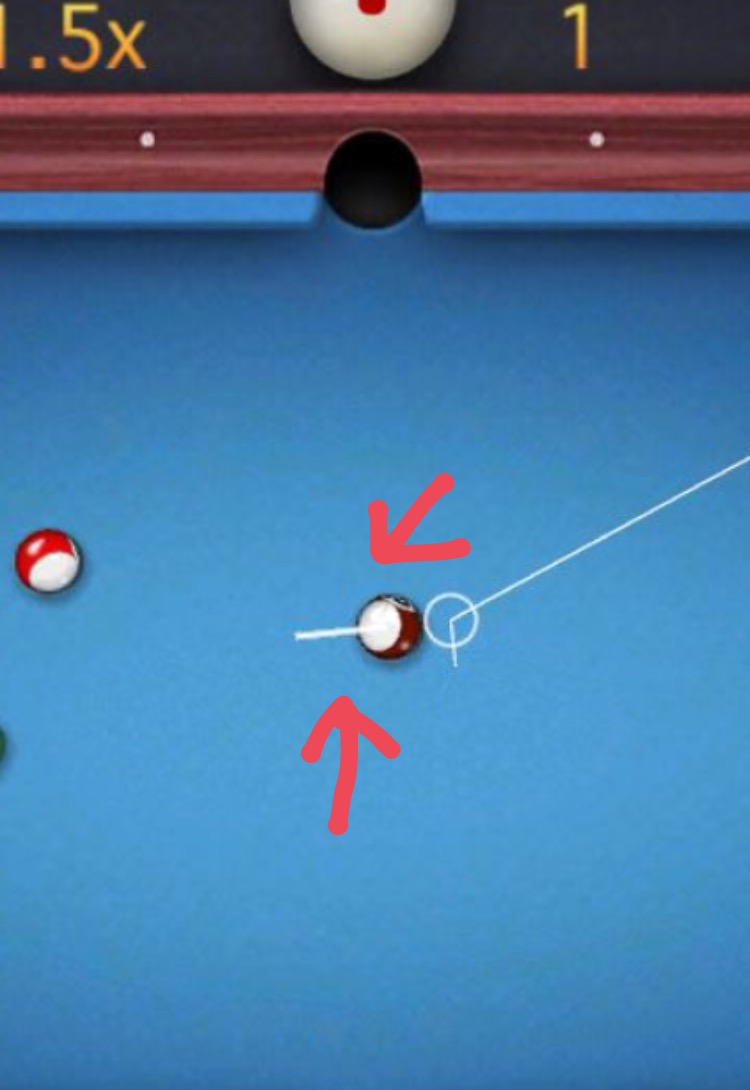 P.S. I made the other line by using Raycast to find the hit point and set that point last position of line renderer (white ball is a start position for line renderer and it casts the ray)

Obviously d will not be equal to AB.normalized if shot has an angle. i.e. if shot is done in a way that cue ball receives a clockwise rotation, then the target ball will receive a counter-clockwise rotation less than the rotation of cue ball as well as an additional force resulting from the torque of the cue ball.

The amount of rotation reduction and the additional force depend on physical attributes of the elements of the game. e.g. ball friction, pool friction, bounciness, etc..

If your game mechanics depend on Unity's Physics Engine then you probably will have a hard time estimating the exact value for these vectors. However if you go on writing your own physics engine (which is better in the end) you have to first write all your physics equations and integrate them into the visual representations shown in the picture to have the same visual and physical behavior.

I'm not a physics scientist so I don't know the equations you need. But you will certainly find them here.

The balls in this case will act like a Two-dimensional Gas and you can find the math here. I'm not going to detail how to do this, simply because it's a lot of groundwork. If you're unsure about the implementation (of the math and physics not the game engine part) I'd suggest asking on the Physics site of StackExchange.

Not the answer you're looking for? Browse other questions tagged unity c# raycasting effect path or ask your own question.

0
How do I predict ball movement, after collision, in game of pool?

0
How to represent ray and line segment in parametric form?(Visibility)
1
Raycast a ray to the tip of another ray
1
Unity3D - Determining if a spherical object is grounded using raycast
0
Raycast not working on touchscreen (Android tablet/phone)
0
How to create a line renderer with end point as the mouse position, but with a fixed direction
1
Unity Physics Simulation - Limitations / Inaccuracies? Bounciness of a ball (pool/snooker balls etc)
0
How to get the tangent and normal of a collision?
3
Predicted trajectory becomes less accurate in a side-on collision