How to create a line renderer with end point as the mouse position, but with a fixed direction

I have two objects with a line going from one to the other, like this: 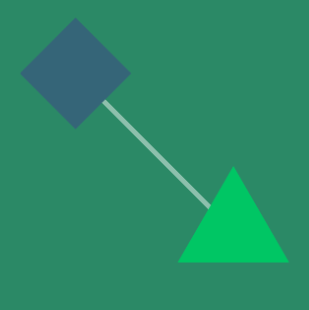 I want to create another line with a starting point one of the objects and an end point the mouse position, however still facing the second object, which will look like the first line is filling up to where the mouse is.

For example, I want to connect the blue shape with the green shape, so I move my mouse from one to the other. The game finds the nearest white line from the cursor and creates another line on top of it that follows my cursor, like this: 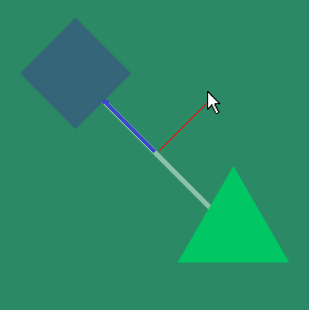 The current script is this. It draws a line from the origin shape to the mouse position, but it doesn't stay on only one direction and instead moves where my mouse goes:

There is no way (as far as I know) to set a direction of a line renderer in Unity, so how can I achieve this? 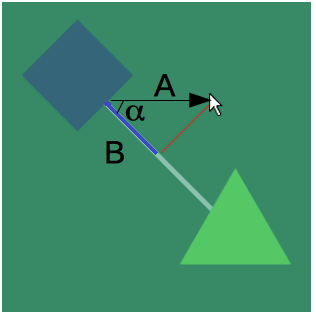 It seems to me like it is a trigonometry question. Length of B = (length of A) * cos(alpha). To get alpha you can refer to: http://answers.unity3d.com/questions/317648/angle-between-two-vectors.html

0
Raycast doesn't point on the right direction
1
Shooting projectiles towards mouse position in Unity 2D
0
How can I make the droid object to act like a mouse cursor?
1
How to completely stop the camera from clipping into the ground
0
Resize game object using single drag handle using Unity
0
Unity - Set rotation of object using angle between two points?