I have a project where warriors are generated and they follow a route. In this route has a tower, when a warrior overlaps that tower, it takes 5 of it life, and he does it every 1 second.

Code of the moment of the collision of the warrior with the tower (Warrior Blueprint): Call Even Lose Life 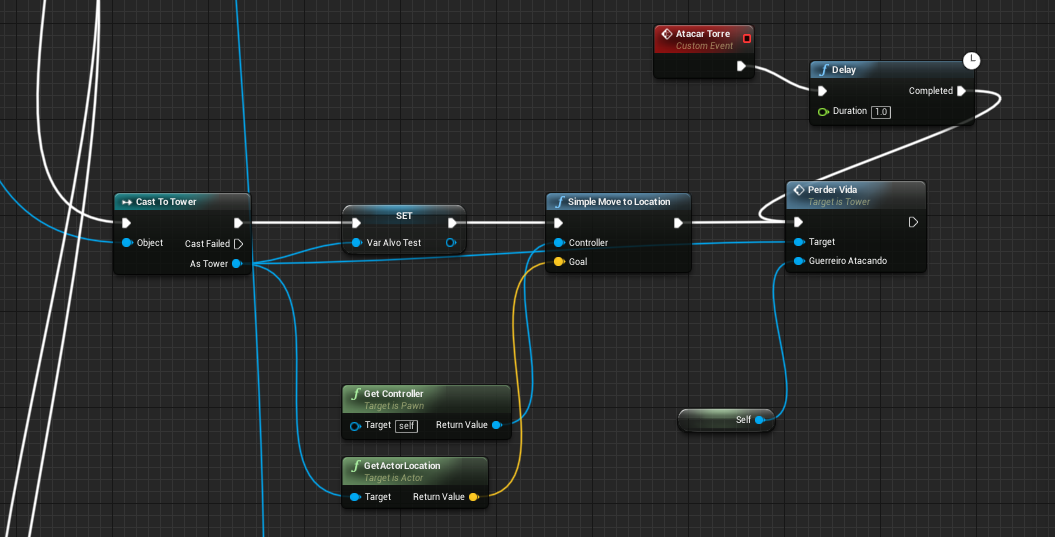 Look that the moment he overlaps the tower, he starts to move towards it. After that he calls an event that is present in the blueprint of the tower.

This event causes the life of the tower to be shortened by 5. Soon afterwards it is called an event in the warrior that is colliding with the tower. 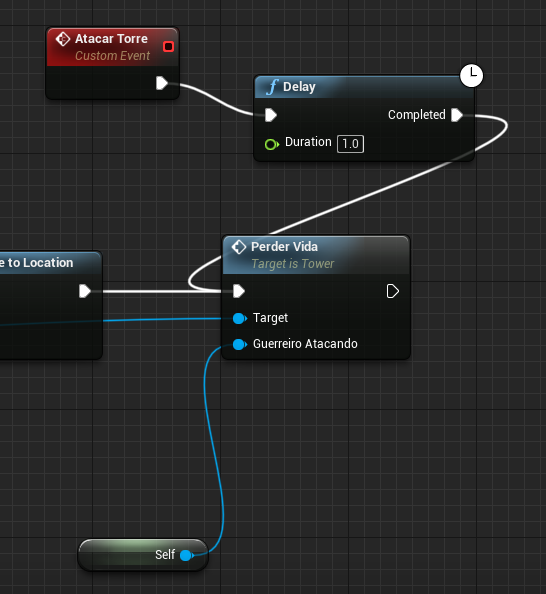 This event is only to be given a 1 second interval between each attack by each warrior. At least that was the idea.

I could simply loop in the blueprint of the tower and multiply the damage (5) by the amount of warriors colliding, but it does not seem right to me.

I imagine the problem is because the event in the tower (image 2 of question) is being called multiple times without even being finalized.

In the game, when there is only one warrior overlapping the tower, everything happens correctly: 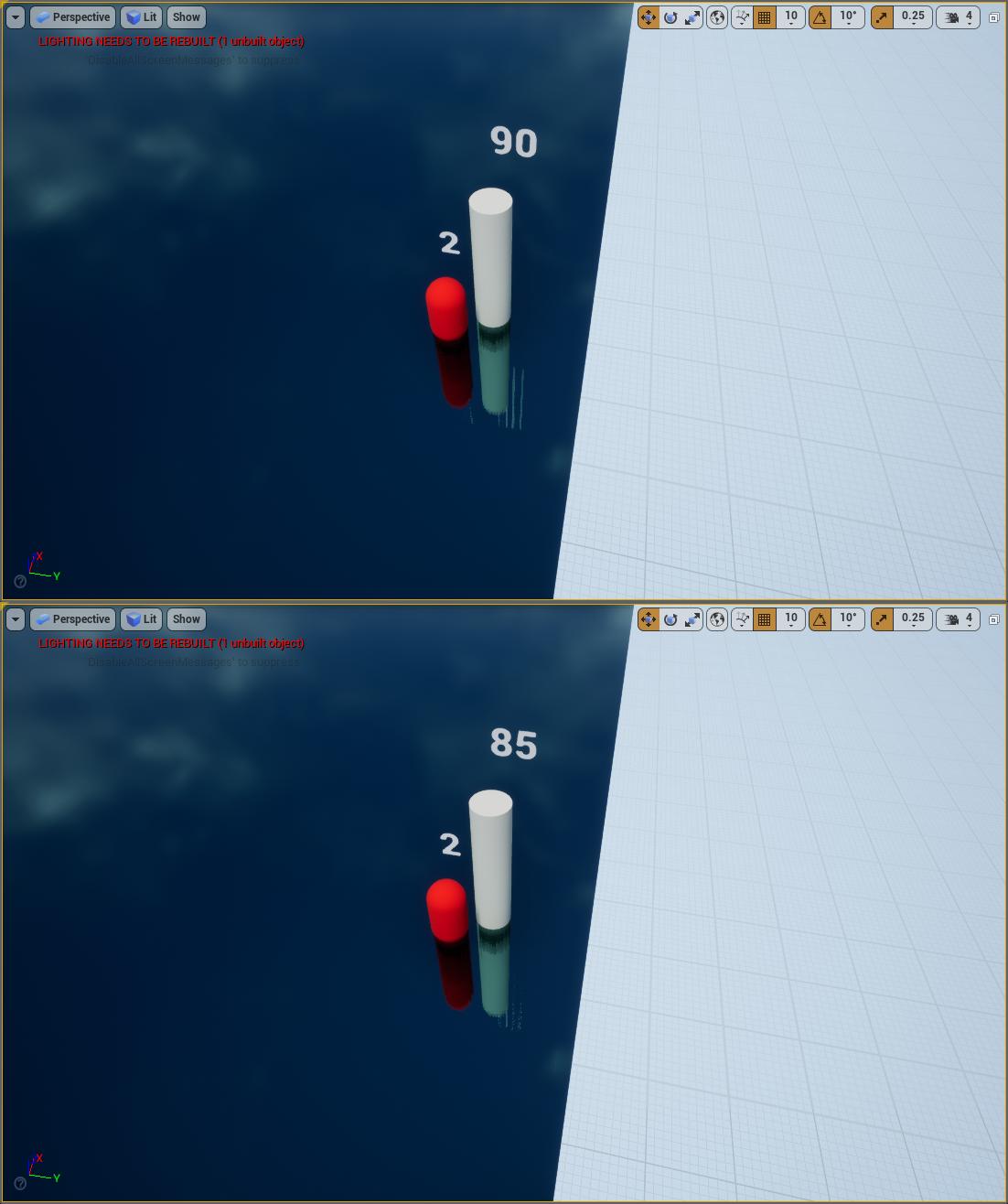 With more than one warrior overlapping the tower, tower life only decreases with the arrival of a new warrior. While a new warrior does not come to life he remains intact: 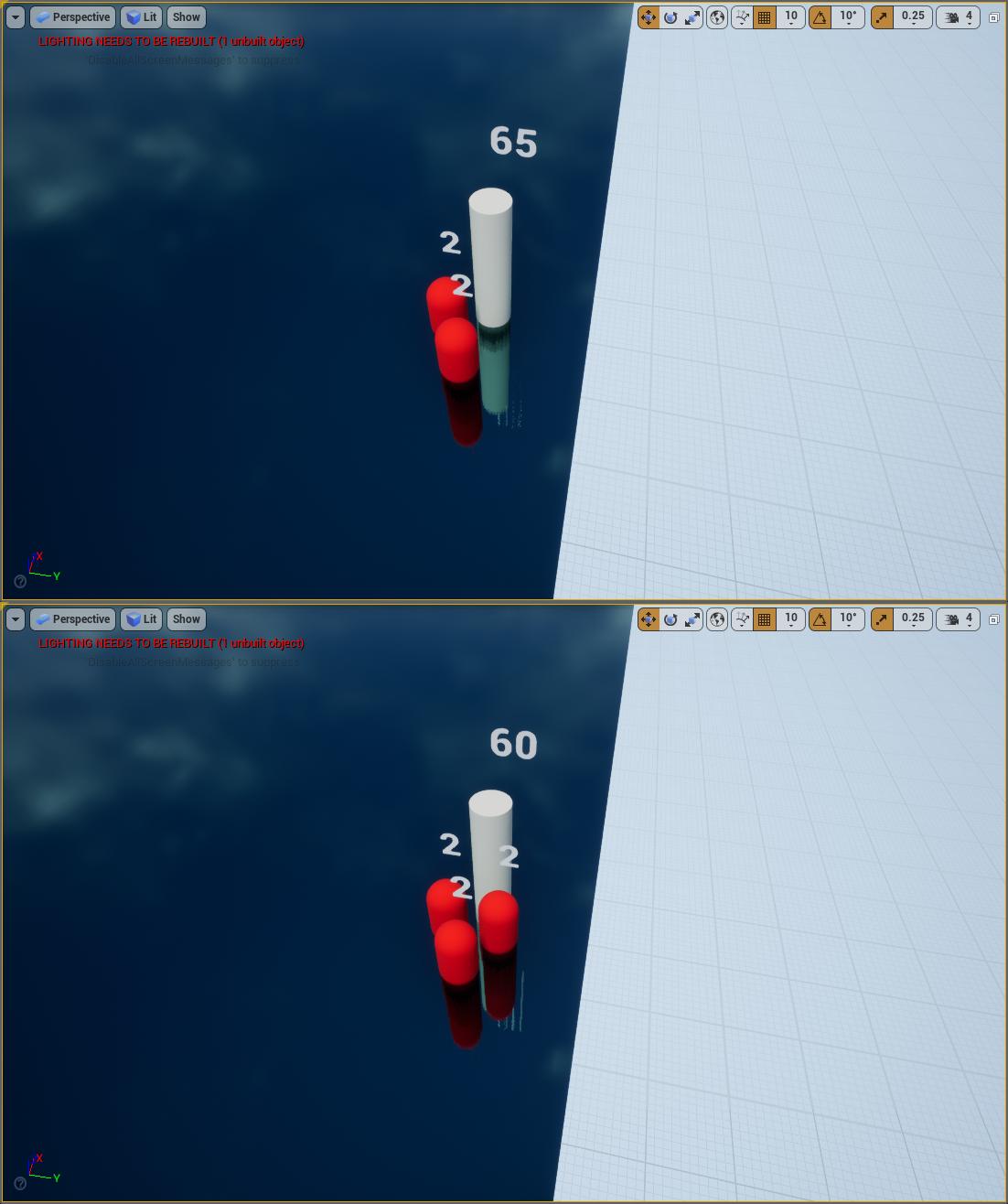 The way I did these 15 lifetimes will not be taken away at the same time, as the warriors have come at different times.

Then in the second 33 (moment where the three warriors have already arrived):

How to make the damage to the tower correctly applied, regardless of the amount of warriors?

EDIT 1 (Attempt made based on Stephen's answer)

It works perfectly when it is colliding with only one warrior, when it reaches 1 more, life stops to decrease and decreases 5 for each new warrior that overlaps.

EDIT 2 (getting deeper into the tests)

Pretty much the same code as the first edition, with the difference that I added a print at the end of the loop (when it is finalized) and added another condition to take the test:

In the print will appear the actor's name + the word "acabou" + condition value. 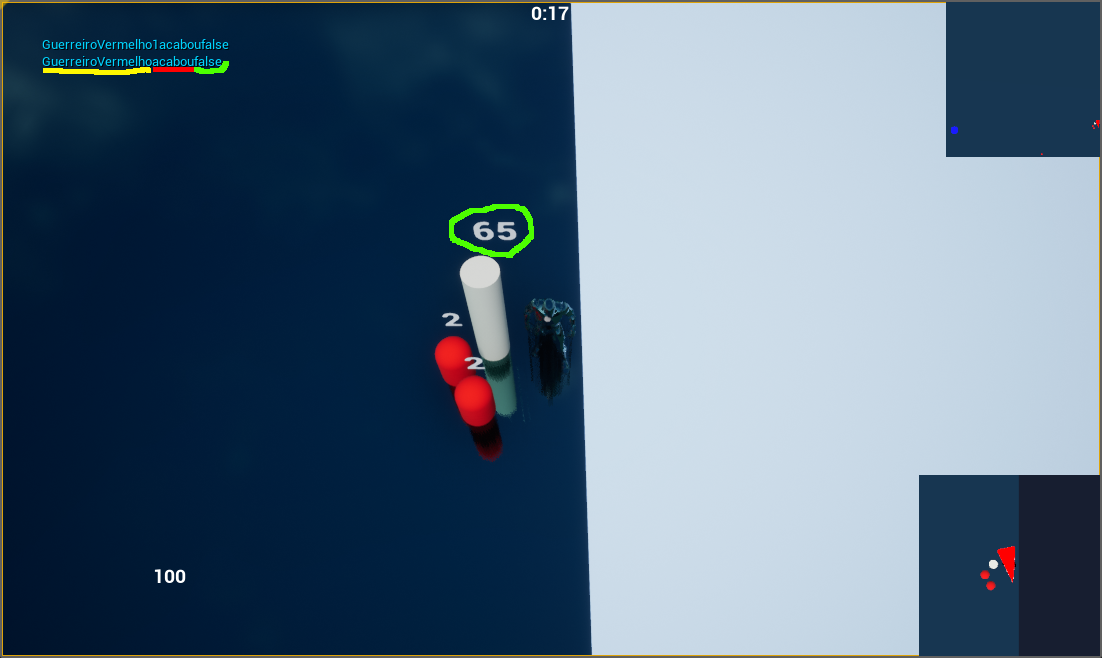 The loop is ending incorrectly and I do not know why. Something is making the condition false.

The overlap event is working correctly. Your tower doesn't know how many warriors are attacking it, just that something is inside the detection area.

You could try moving the -5 logic to after the branch of your loop where you check for a warrior but I'm not certain if that would work.

The easiest way would be to put the damage inside the warrior blueprint, casting to the tower so they each (after checking the tower still exists so you don't get nullptr errors) do damage rather than having the tower do all the work. This way, it doesn't matter if you've got 1 warrior or 1000 attacking.

Variables that prevent the event from being called more than once. That's the secret.

So when calling the event you impose conditions that (visually) the overlap never closes.

In fact, it will be oscillating.

To solve this, as soon as the warrior overrides the tower, have him try to go towards it (simple move to location/actor) until he dies or the tower is destroyed.

The code is very simple:

You use a loop with conditions (see in the image).

Unfortunately I had to use two variables, instead of using only the life of the tower, because it was giving error.

Basically, because Event Tick of the tower, which destroys her as soon as her life arrives. Then I gave the reference error...

Being straightforward, before the tower is destroyed, it defines this Boolean variable as true, thus closing the loop.

Not the answer you're looking for? Browse other questions tagged unreal-4 overlay .

1
UObjectFinder versus UClassFinder; when is one better than the other?
0
How to change the value of variable from actor Y by the blueprint of actor X?
0
Actor does not perform action when spawned?
0
How to call an event of level blueprint from NPC blueprint?
0
Error detecting collision with another instance of the same actor?
0
Nonsense error in the overlap between 2 warriors and a tower
0
Way to store object reference?
0
How can a variable have two values at the same time?
0
How to make an action perform only after an animation has run?