How to make an action perform only after an animation has run?

I have an actor who has some animations. Animations perform based on some actor states (animation blueprint of actor): 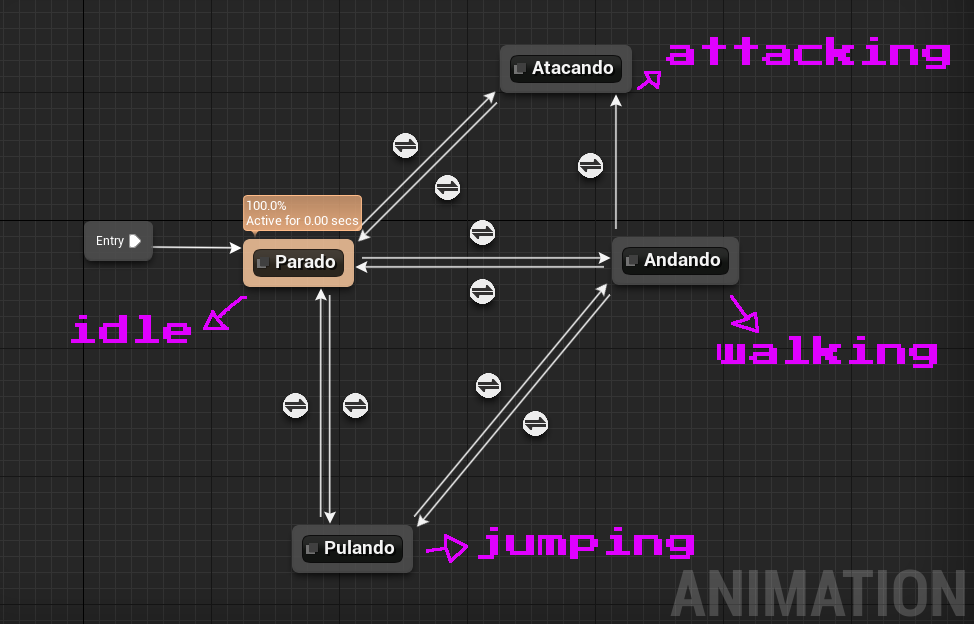 Conditions at the Event Tick (similar to while loop):

The actor changes perfectly from animation to animation. What I'd like to do is for it to damage an enemy as soon as the attack animation is over.

I tried some codes...

In this one, for example: 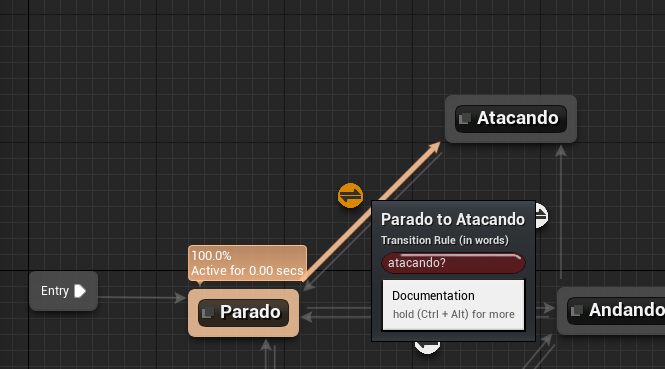 But since the change from true to false is done instantly, the attack animation is not even shown.

To solve this, I put a delay and a condition so that the event could not be called again while the execution of cycle (attack animation => end attack animation) ended:

So when the actor is in the attacking state, the attack animation usually performs. After 5 seconds the animation stops.

It turns out that in this time interval the animation does not play only once.

I imagine there is a way to do the time calculation that the animation lasts, and based on that set the delay time.

But better than that, I wondered if there was no way to know when the animation was finished and from that, change the variable to false and perform the damage action.

Thinking about it I researched and found this:

But I came across this error:

This blueprint (self) is not a BTTask_BlueprintBase, therefore ' Target ' must have a connection.

I also saw something about sphere traces, attached to an actor socket. But in my case I don't want to apply the damage just in case of contact of the actor's arm (armed or unarmed) to the target, it would be something as seen in MOBA style games.

It would be like a basic attack from Garen/Yasuo/Darius.

I suppose you want to use AnimNotifies it is a feature of UE4, when an AnimationInstace can send an event to your AnimationBP.

You can find more info at UE4 docs:

"How do I make X happen if Y occurs" can almost always be answered with:

Event Handlers... Or in the case of Unreal / C++ Delegates / Event Handling. This is one of the most reliable and predictable methods for a great number of things. Events / Listeners can basically be stapled onto any piece of code and wired up to each other. Event happens, listener detects it, and applies whatever logic you put into the listener on whatever object the listener is attached to. (This logic can be as complex, or as simple as needed).

If you're dealing with multiple potential enemies: event's / listeners can be put as high up in the inheritance structure as needed, and simply validate to make sure logic is being applied to the appropriate object. (Event can carry required information from the attacker, listener then validates).

Not the answer you're looking for? Browse other questions tagged animation unreal-4 combat .

0
How to set the runtime of an animation based on attack speed?

0
Animation after enemy spawns
4
I am struggling with a combo system for a game of mine
0
How to change the value of variable from actor Y by the blueprint of actor X?
0
Actor does not perform action when spawned?
0
How to call an event of level blueprint from NPC blueprint?
0
Overlap detection does not work correctly when there is more than one warrior colliding with the tower
1
How to resolve "Accessed None trying to read property" error?
0
How to set the runtime of an animation based on attack speed?
2
Unity Animator - bool transitions keep re-entering state while true