Using UDK's material editor, I wish to use a texture as a two-dimensional array of values for mathematical computations (basically, the color components of each pixel in the texture alter the behavior of some transformations applied to another texture).

This effect is best shown by the following material, which takes a simple linear gradient texture, and applies a rounding operation on the colors:

If the colors were correctly preserved, the preview on the left should have 10 bands of equal length (a black band, a 10% gray band, a 20% gray band etc. with each band being 10% of the width of the image), however the black band is huge, the next (10% gray) one rather large, and the bands get smaller and smaller as they get lighter.

In this example, I take the red channel of the image, but taking the other channels gives similar results: The red and blue channels are identical, and the distortion is slightly different with the green channel, and taking the combination of these logically produces small bands of purple and green between any two bands.

I guess this is a compression issue with the original texure, but I don't know which parameters I should change so the colors are preserved when I use the texture in the material editor. 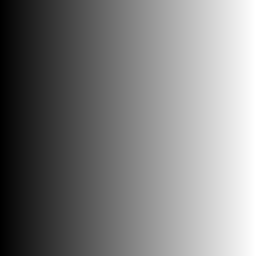 Above are the properties for this texture. Nothing special here, just the defaults. Specifically, the Adjust Brightness Curve and Adjust RGB Curve properties are set to 1.0 (by default), which seems correct since they are the power to which the HSV and RGB curves must be elevated. The distortion I observed looks a lot like if the values were raised to a given power.

According to UDN, the SRGB setting in the texture's properties has to be turned off (false) for normal maps and other textures that need exact values.

Not the answer you're looking for? Browse other questions tagged textures udk compression materials or ask your own question.

4
Changing the color of some fragment of a texture using shaders
5
OpenGL ES 2.0 texture distortion on large geometry
5
How can I determine the extreme color values in a texture?
1
Grayscale color mode texture not rendering in libGDX
2
Should we avoid a padding of transparent pixels around an image when creating Assets to be used in 3D Space?
0
Limit Color Pallete Using Shader (Unity)
0
How do I properly use Unreal's Lens Distortion plugin?
0
Materials aren't loading correctly from SketchUp into Unity