Ocean visible through the island's lake in Unity3D?

I'm working on a puzzle game featuring islands: there is a plane with a water shader, and objects colliding with that plane.

Now I'd like to make lakes on the islands, with different (higher) water levels than the ocean's. 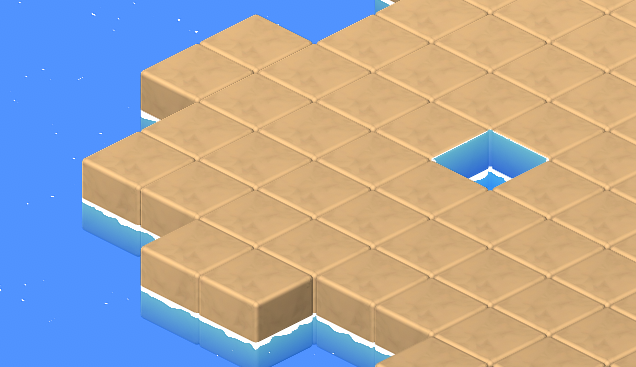 The problem is that if I put a water plane in a "hole", I can see the ocean below at best, or even worse, the upper water surface just glitches out and disappear. 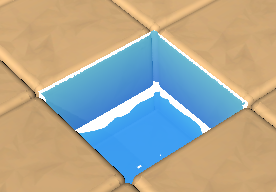 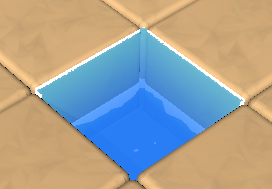 One option is that I move the lake's basin higher than the ocean's see level. This works, but I it doesn't look so good, because the lake becomes too shallow. 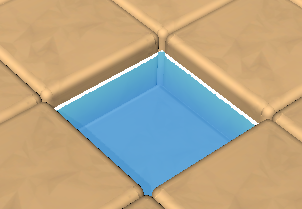 Another option is that I cut holes in the ocean's plane, but that seems a bit overengineered, isn't it?

Is there a better solution?

Also having a water plane for every "lake tile" causes some problems:

but I want to have dynamic lakes, so having a 2x2 water plane for a 2x2 group of lake tiles isn't a walkable path.

Based on this answer: Fade in rendering mode doesn't work as intended

I've put a quad just above the ocean's gameobject in my lakes, with a material with this shader:

So this quad "reserves" the depth, not letting the ocean mesh to be shown.

Not the answer you're looking for? Browse other questions tagged unity shaders graphics water or ask your own question.

9
How can I define areas filled with water?
1
Unity3D filling visible camera area with objects
6
How can I synchronize ocean waves over the network?
3
Unity3d wheelcollider falling through terrain
5
How to render grid properly, especially over distance?
5
How to render water reflections on multiple heights
2
Making Cave system in Unity 5
25
How can I reduce the performance impact of rendering trees?