intersection of primitive in a unit wrapping 3D space

is there people good enough for a math problem (for a shader)? I want to write an algorithm that would intersect primitives (triangles, squares, circle, sphere, cube, cylinder) inside a unit wrapping space, no raymarching, at least axis aligned.

The goal is to write a shader. The benefit, is that, since it's analytic, I can do trick by passing parameters with the texture per pixel.

I already do this by abusing simpler variants of of interior design, by cranking the space between side low, and get dense (simple) foliage and grass for free, or brick walls, or any greebles. Except I'm confined to simple convex shapes with interior style shader, with this I could have more interesting parallax to abuse artistically. I use the flow of the polygon surface to create interesting shapes, and UV texture to break pattern artistically. Work wonder for low specs machine!

I figure out how to do it with a single point at the boundaries of the space, using the planet alignment problem (akin to the two clock hand overlap problem). But I failed to generalized it. 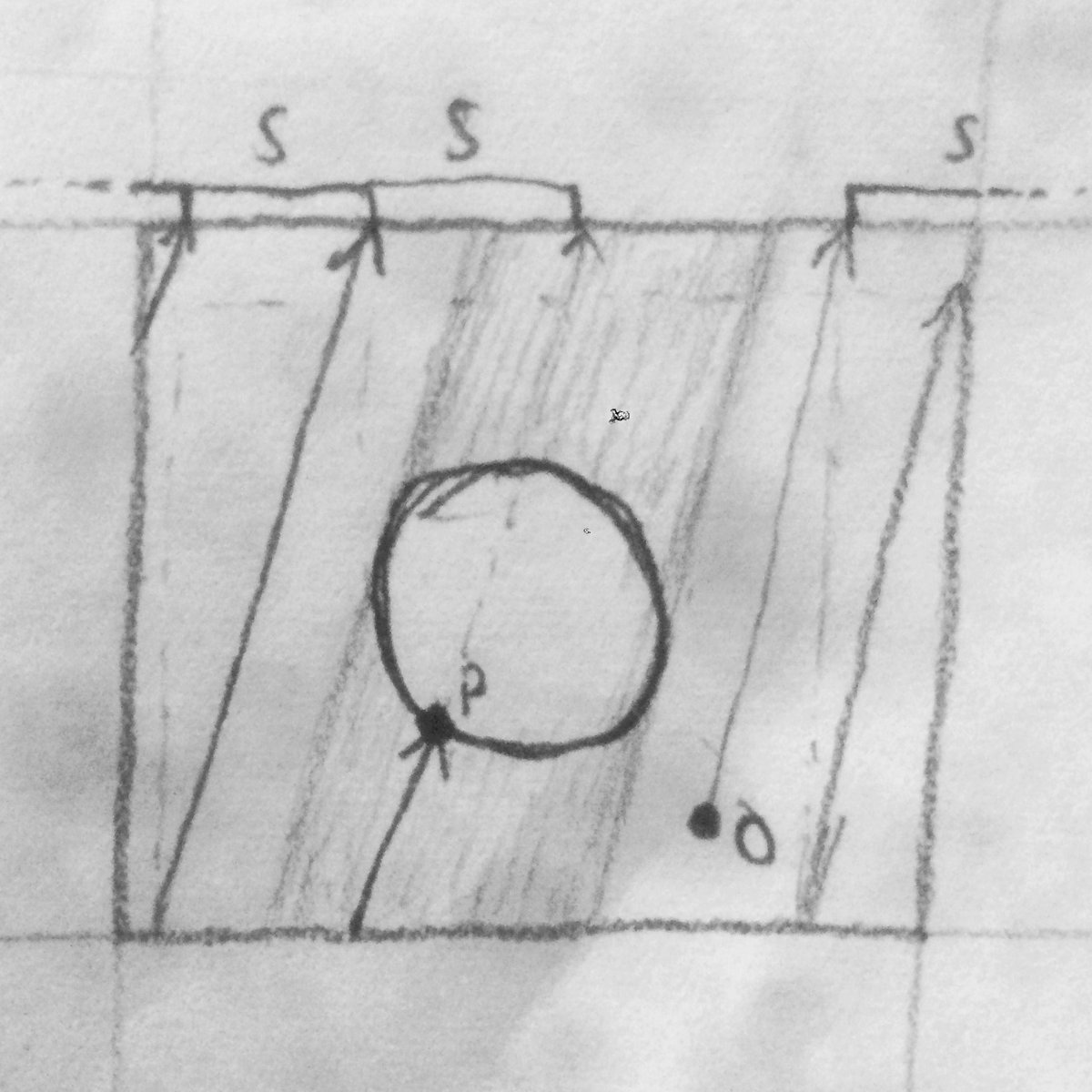 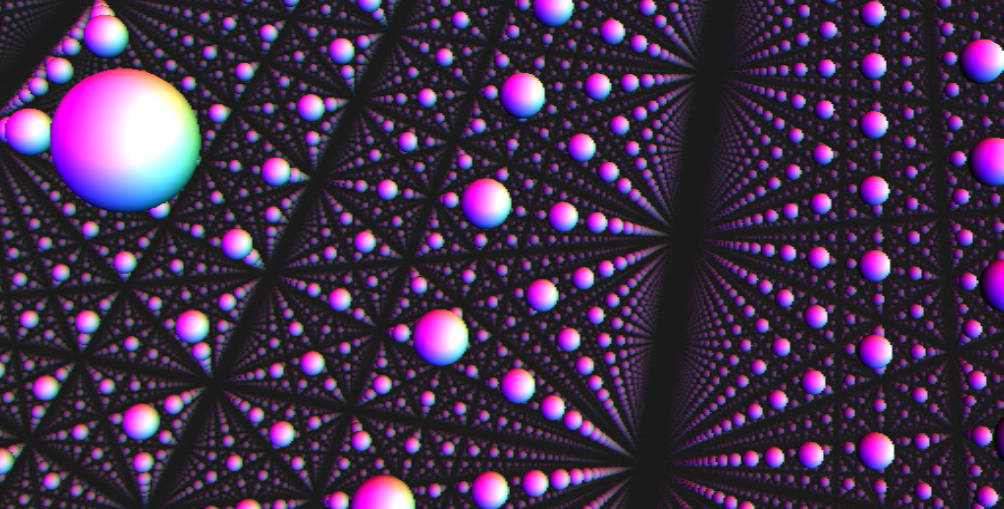 This problem is similar to this math problem https://amininima.wordpress.com/2013/05/27/the-laser-gun/

But without the reflection. 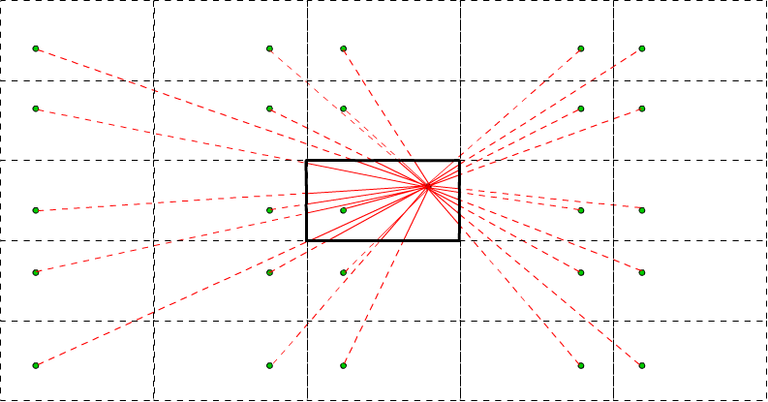 Other potential benefits is that it have a period we can find mathematically, we could probably infer an analytical "overdraw", by "discarding depth" have a "traversed thickness", if we generalized the, such as we can also shift the position of the primitive at each "jump", we could probably find a consistent "integral 3D noise", which would made cloud noise in convex volume much cheaper than marching.

Optionally "the graal" would be at least 1 period coil repeated on axis aligned. But we can't intersect cosine "cheaply", I tried using x² approximations but my math melted. A unit coil being an unwrap unit cylinder diagonal, was the next step explored, ie to intersect axis aligned cylinder then find on its surface the diagonal: 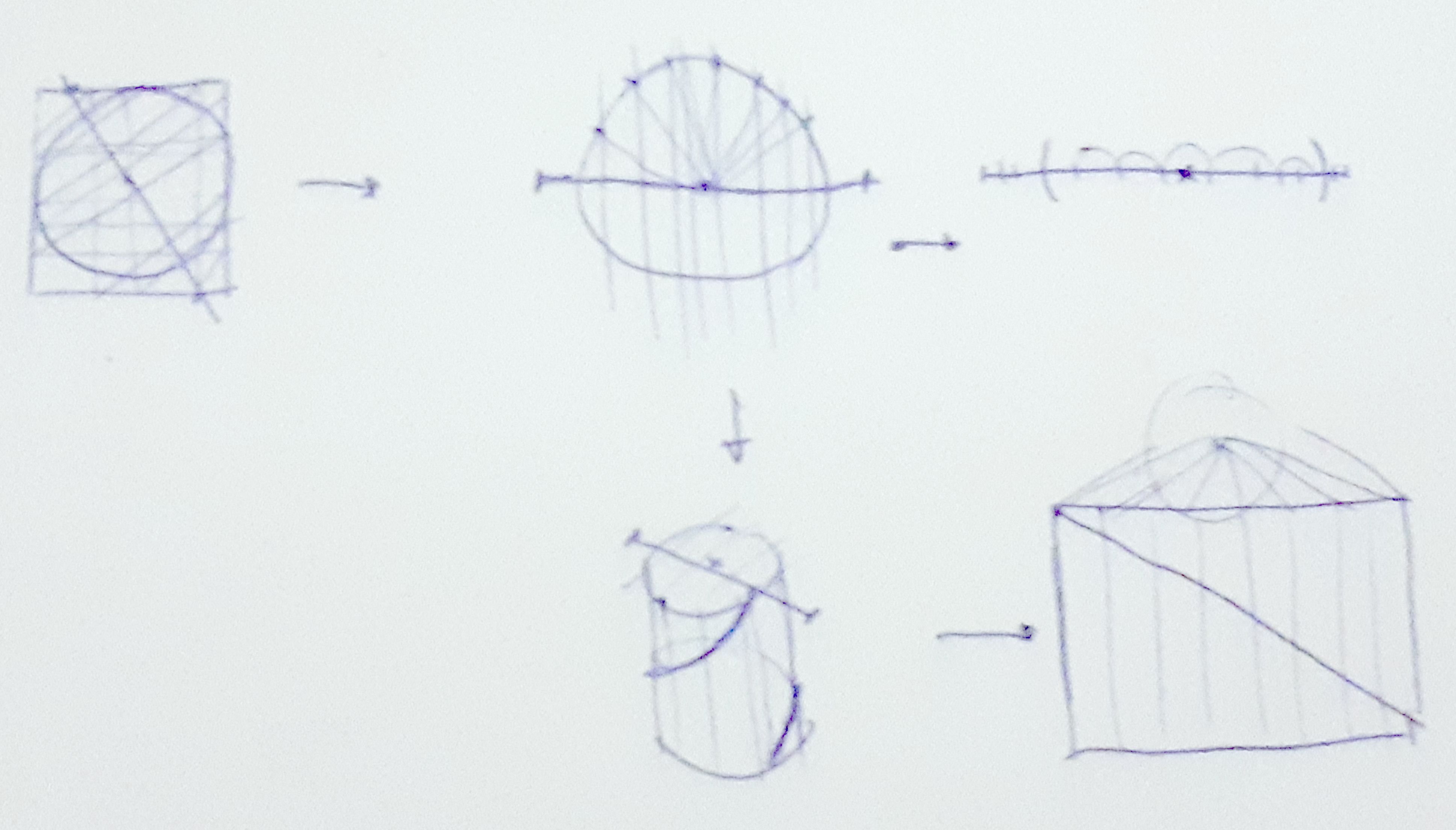 the idea above is, taking the perpendicular going through the cylinder center, we observe that the tracing "regularly" step through it, using that stepping and the slope of the ray, we can infer point on the wrapping surface of the cylinder, the entire idea is to find the step pattern so we can intersect the diagonal within a certain distance.

EDIT: While talking below in the comment, I realized that I probably could shift the 1D wrapping space to the 2D projection of the ray direction, then find the period of the primitive's "axis" projected on that line, and since I already found the case for 1D, use that to infer the remaining intersection. Just an idea not developed yet. Should make a drawing to show what I mean, it's not clear yet in words.

Browse other questions tagged mathematics fragment-shader raytracing or ask your own question.