How can I make an OpenGl/GLSL varying vary throughout a quad instead of a triangle in OpenGl 3.3?

I am, like many others, currently working on a block-based game in C++ and OpenGl. Recently, I added ambient occlusion support. This ambient occlusion is created by modulating the brightness of a point on the face of a block by an OpenGl varying from each corner. The corner's darkness is proportional to the amount of blocks that intersect that corner. This usually works very well, as can be seen in this screenshot: 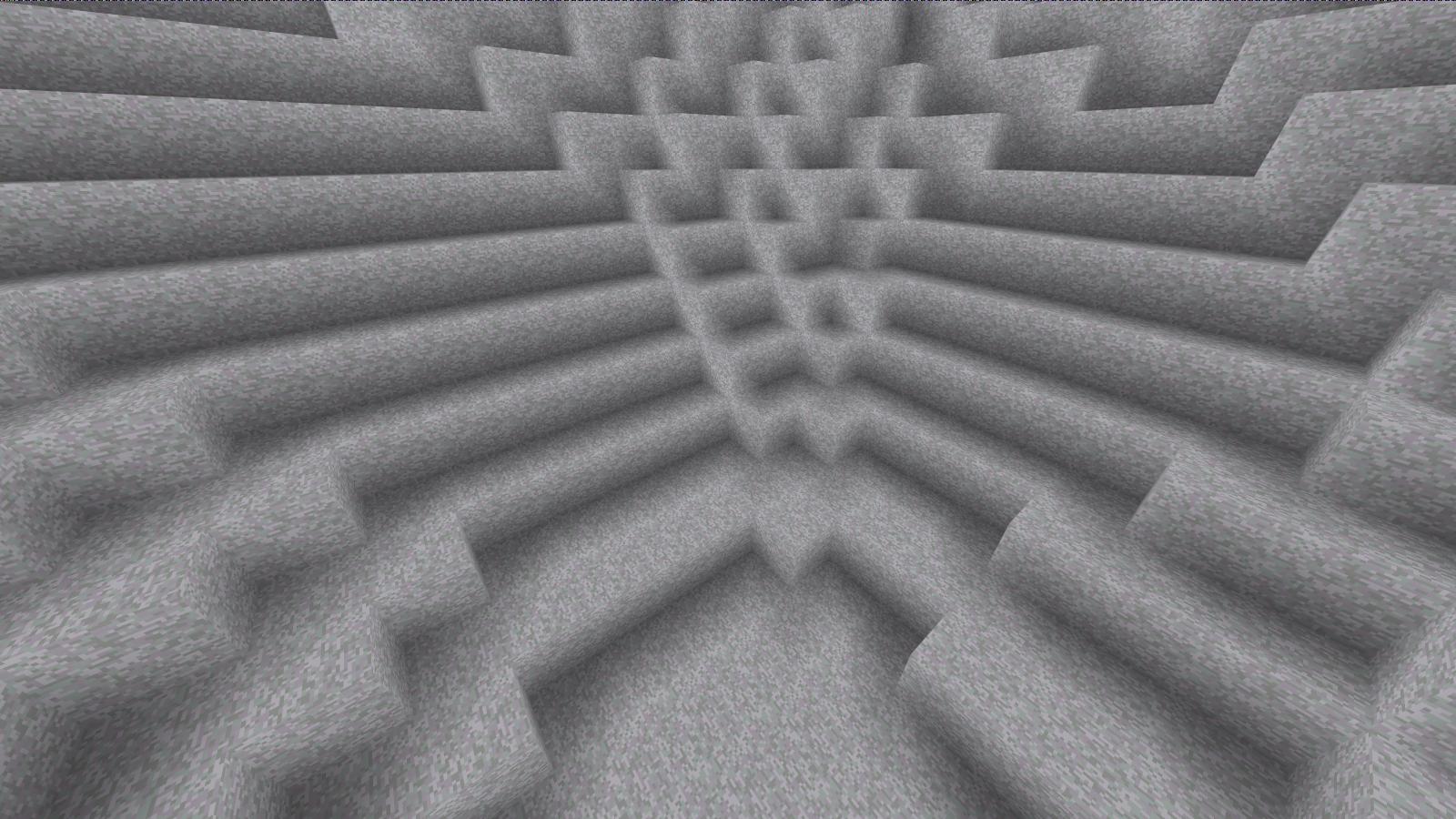 It does create some artifacts, however. One good example is seen at the base of a tree trunk: 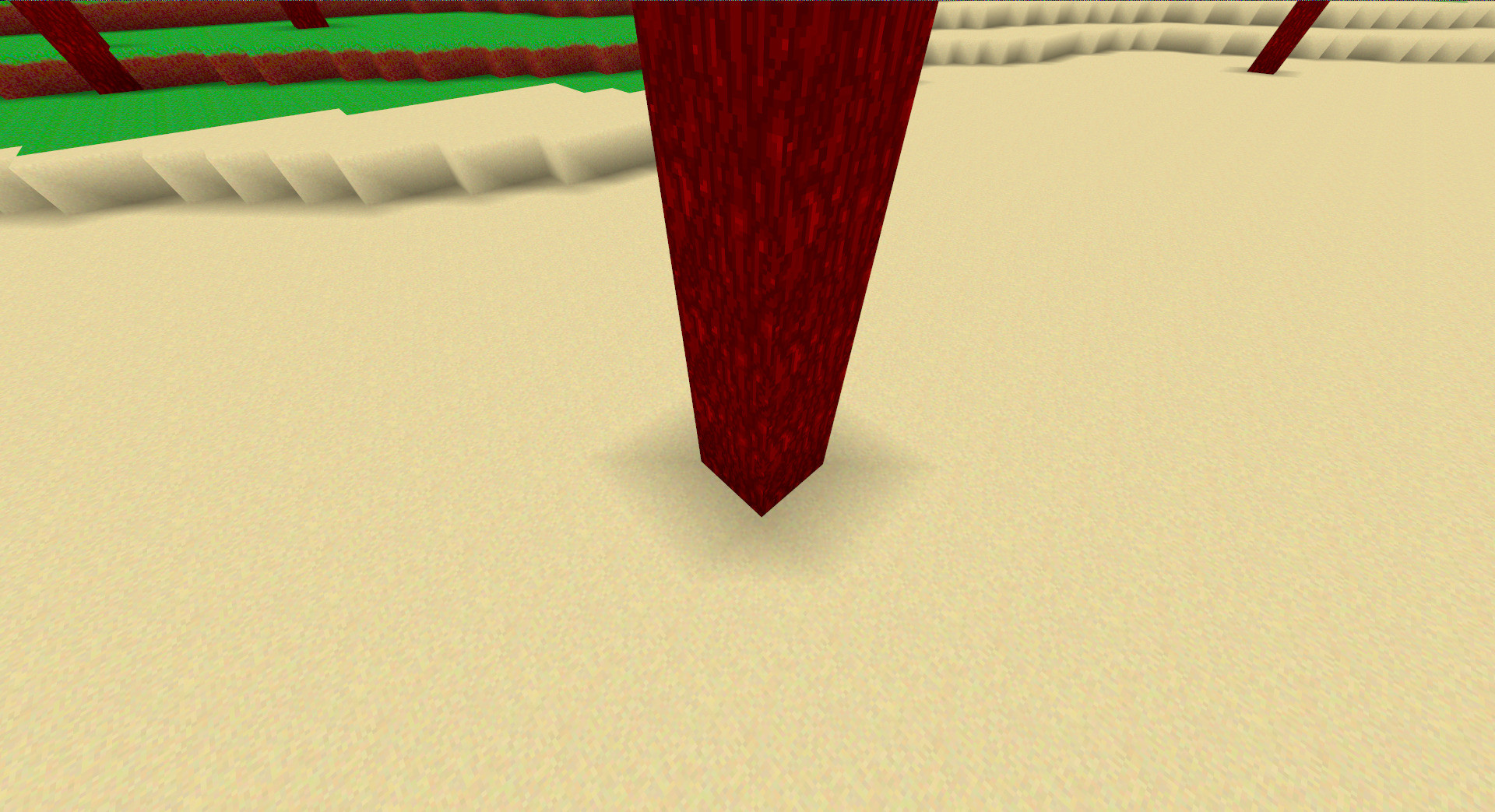 In this example, the size of the pseudo-shadow varies based on the orientation of the triangles around the chunk as described here:

Their proposed solution, however, is not of the kind that I prefer. It seems more like a trick to cover up the fact that the varyings aren't being interpolated over the whole quad, as opposed to a real solution. As such, I thought that it may work to render with GL_QUADS instead of GL_TRIANGLES, as perhaps that would allow the varyings to vary as I want. Unfortunately, this is not possible in the version of OpenGl that I am targeting (3.3 core). As such, I ask: how can I interpolate the varying values (eg. the brightness) over a quad instead of a triangle? Is there some algorithm that I can use to change the brightness value at each corner of a quad to produce the same result? I have tried searching for this via a search engine, but no useful results came up.

There is no "the whole quad" for OpenGL to interpolate values across. It doesn't exist, in your current setup, so you're not going to be able to make OpenGL do that, and you'll need to make it happen yourself.

It seems to me that an easy way to approach this would be to make a tiny 2x2 pixel texture for each face of each cube and put the occlusion data for each vertex of the face into those four texture pixels. Then in your fragment shader, sample the face's occlusion data from those tiny textures. Sampling a 2D texture is interpolated between the four texels around the sample point, and since you're doing it inside the fragment shader, you're avoiding the problematic triangle-based interpolation that OpenGL does.

Of course, doing that for each face of each cube would require a huge number of textures, even if you only do it for the exposed faces. If you do want to do this, you'd probably want to bundle all these tiny textures together into a single texture array, just to simplify how many texture objects you need to bind and unbind during rendering, and to simplify sampling.

To me, this still seems like a lot of work for something that seems like a pretty minor graphical anomaly.. but I don't immediately see any obviously better approaches. Up to you whether it's worth the bother to satisfy your demands of not doing something that feels like a "trick"?

Not the answer you're looking for? Browse other questions tagged opengl glsl voxels block-world ambient-occlusion or ask your own question.

27
Fastest way to draw quads in OpenGL ES?
7
Using a GLSL fragment shader to draw a texture in the middle of a quad
0
vector rotations for branches of a 3d tree
7
Display Lists in OpenGL
2
Help on 'varying' and 'uniform' keywords in GLSL (OpenGL 4+)
4
OpenGL lighting with dynamic geometry
10
Are there still advantages to using gl_quads?
1
OpenGL Deferred Shading Pixelation
1
Problem with rendering a quad from four lines