In Unity 2018.4.3f1, I am able to build my APK successfully, but when I try to launch it on my mobile device, it shows: "Unfortunately game has stopped".

I don't know the problem is. Here are the project settings I'm using: 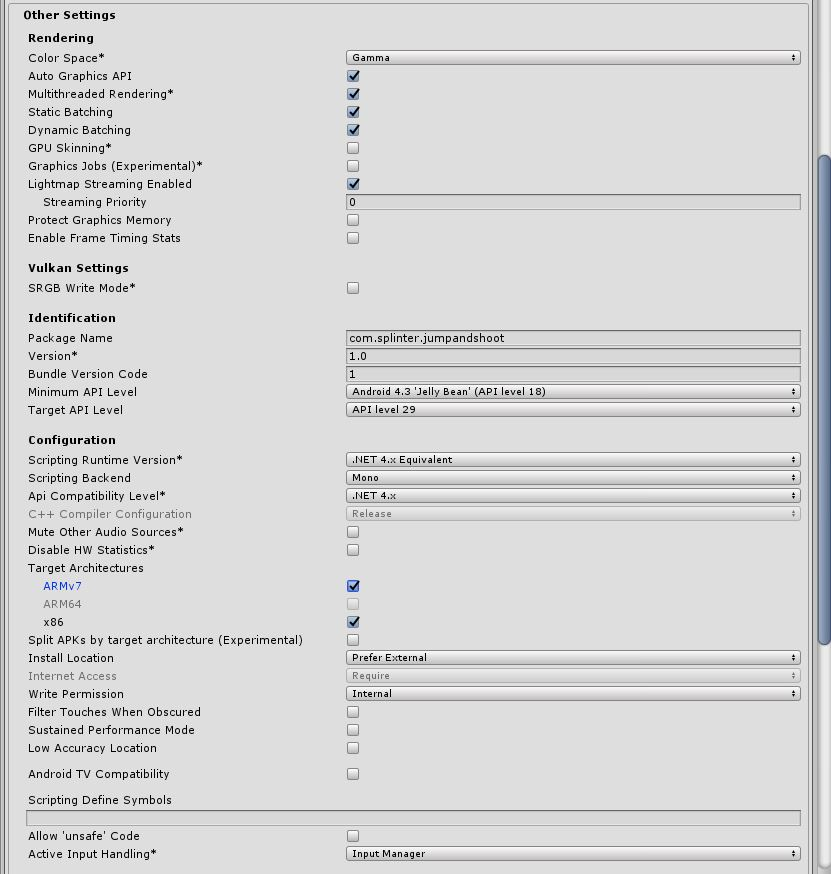 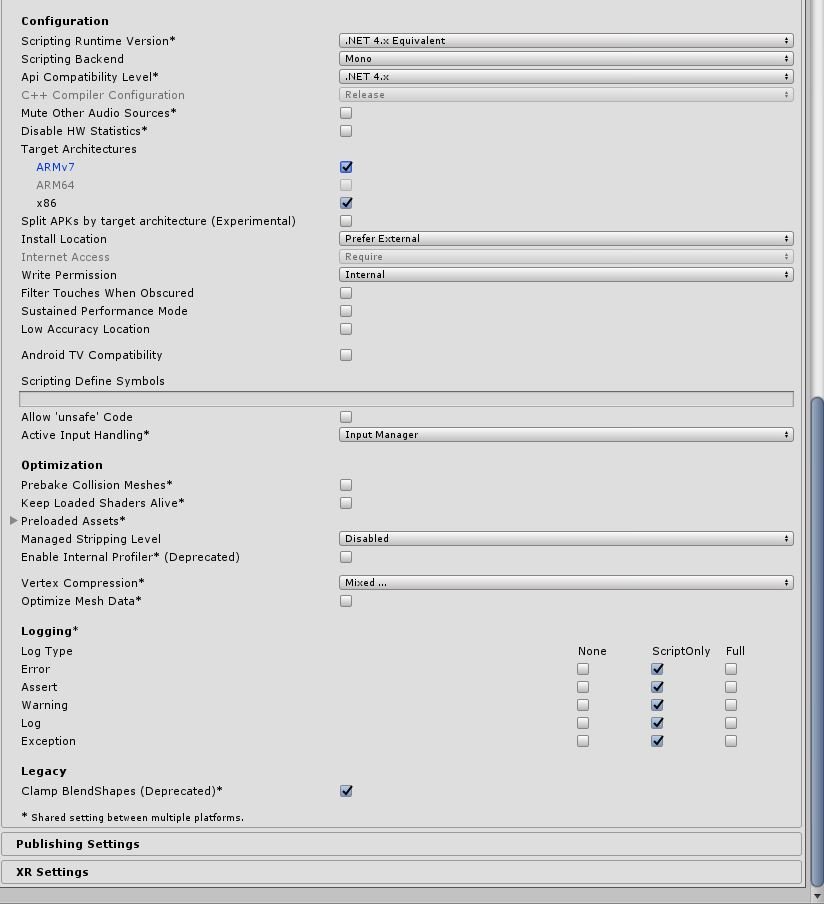 In your project open the Plugins folder and open the Android folder.

Open up the android manifest and remove any lines written in the manifest that you are not using such as facebook sdk or another plugin you no longer use ect..

Save it / Rebuild and it should open up fine after that.

if the apk builds fine with no 'logcat or build player errors' and then you have issues after deployment.

The game instantly crashes before you even see the splash screen.

Normally these types of errors occur during the initialization of the android manifest file. Most likely due to something that was included within it that you are no longer using such as the 'facebook sdk' or another 'plugin' that has been deleted from the project but is still referenced inside the manifest file or something else along those lines.

After removing those from the file it will no longer hang and should boot up normally.

Not the answer you're looking for? Browse other questions tagged unity android debugging or ask your own question.

0
Android development in Unreal with an existing project
0
Android notifications with Unity
0
Database works on unity editor,but not on android device
1
Is it possible to debug a Unity Android game directly on a device?
1
Typedef redefinition error when running Unity iOS project in Xcode 9 simulator
1
Problem with Unity APK Build : Default Activity (Android)