I am implementing voxelization. I can't understand the coordinate transformation through shader.

I have read some papers and code, the first step in the geometry shader is project the triangle along its dominant axis.

What's the difference between this method and using projection matrix?

In usual ways, we transform data from local space,world space, view space, then to projection space.

Does project the triangle means we transform from view space to projection space ?
What should we get after these process, in the end of pixel shader?

I am just through implementing scene voxelization myself, and I am doing the dominant axis selection for a primitive like this in the geometry shader:

My main idea comes from this cool presentation by NVIDIA.

Raycasting projection is fundamentally different from regular triangle projection that is commonly used in most games today. Forget what you know about vertex shader projection at this point.

Each ray is oriented by the CPU or compute GPU (not the vertex shader), according to where the player is looking, with some offset such that each ray represents a pixel on the screen; "look direction" is the centremost ray/pixel of the screen, while all other rays have a slight angular offset from that: 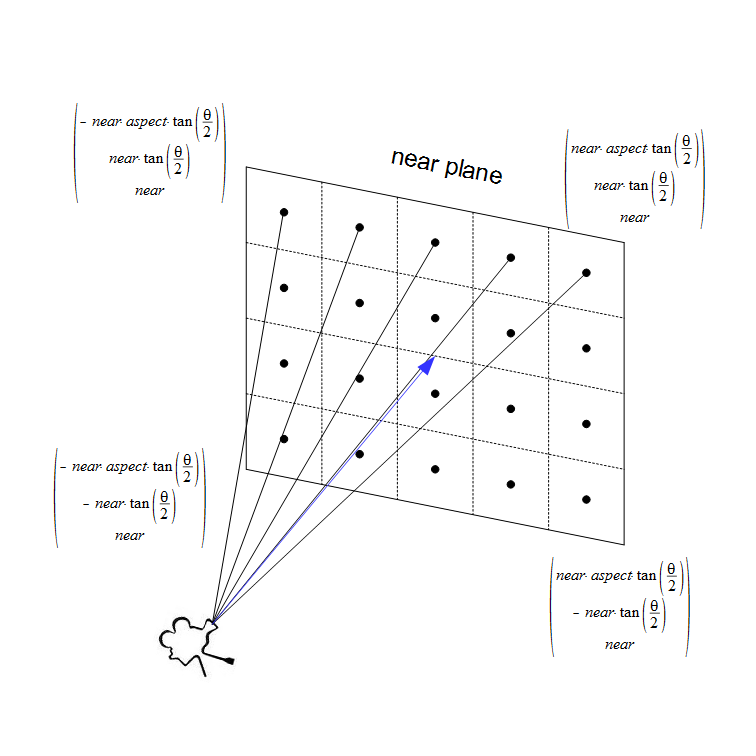 Now we "cast" the rays through the world and find where they collide with obstacles, whereupon we read the colour and write it to the texture position assigned to this ray. 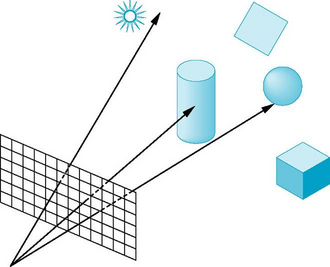 Finally, the texture containing these colours is rendered to a fullscreen, textured quad which is the only thing that your vertex shader will actually render - you don't need to transform the whole world space. Instead you have transformed every ray individually at an earlier stage in the pipeline!

So because we are using individual rays to read the world, we don't do the usual OpenGL thing of projection matrices to transform triangles. Instead each ray is multiplied by some matrix or modified in some other way, and is then fired into the world to retrieve the colour at its screen pixel.

Not the answer you're looking for? Browse other questions tagged opengl shaders directx voxels .

4
Problems implementing a screen space shadow ray tracing shader
3
What is the difference between shader uniforms and attributes in OpenGL?
1
Terminology for the way Transformation Matrix Data is treated
1
How do you develop the model matrix for an object?
3
Do I have to take aspect ratio into account, when computing a direction in View Space?
0
How can I apply UV mapping in parent space?
1
What should the Z coordinate be after transformed by the projection matrix?
0
For deferred rendering and SSAO, what coordinate system are the normals actually in?
0
Is there a way to figure out in which quad I am in fragment shader?