How can I create borders in an open-world game that don't feel artificial?

When creating open-world maps, a big issue to take into consideration is how "borders" of sorts are implemented. Obviously, in an open-world game, there shouldn't be invisible-wall borders, as it ruins immersion, and makes the game feel more "artificial".

These seem like the best methods but I'm wondering if there are any other methods that can be used to create borders in an open world without ruining immersion.

Just some quick additional suggestions, that sometimes complement what others have already said.

1) water solution: I never understood why killing the player with a shark or something. Just let him/her swim infinitely (like with a proceduraly generated infinite ocean). That alone would closer resemble the idea of how distant it would be in real life to cross an ocean by swimming. The player would just get tired at some point of going forward and then would decide to reload (because going back all over again would be just as tedious).

Of course, if you have modern boats, ships, jet-skis, etc, and the concept of gas as resource, that works well too and then it becomes part of the item number 4 below, since the player can just sail until running out of gas. Then, if he/she can swim, it becomes again a problem of just letting him/her swim forever.

2) scene barrier: it does not have to be mountains. A dense forest, as someone else told here. A canyon with a beautiful view. A part of a city with too many buildings in the way and the only possible streets blocked. A huge fire destroying parts of a city, or a gas leak, or a radiation accident in part of a city that blocks the way. If the city was invaded by aliens, maybe the gigantic spaceship is itself blocking the path to other parts of the city as it crushed when arriving. Or, why not, you can have flying islands like in Zelda Skyward Sword, where the boundary is given by not-falling-to-death.

3) challenging who tries: you can always increase the challenge exponentially as far as the player goes. Imagine an open-world in the country fields. The player crosses farms in the direction of the inner-lands of your world. More and more enemies show up with no power-up, health kits or something in the way. If you make these field camps procedural and increase the challenge, the player will eventually get killed without having the feeling that he/she was cheated by an artificial border. I like this approach because it even creates in the mind of the players the impression that there might be something hidden ahead (of course, you have to take care and don't abuse on this illusion, to avoid the players becoming mad at you!).

4) lack of resources: if a player has to eat/take medicine/whatever, and/or if vehicles have gas, you don't need boundaries. Let the player and/or its vehicles die. That is particularly useful in a space game, where creating a non-artificial barrier is quite difficult. In other words, if that suits your gameplay framework, make the open world finite by not being accessible due to being impossible to accumulate resources to go beyond a give distance.

I won't keep going with a ton of suggestions based on storyline and gameplay. My reasons: first I don't know which type of game we are talking about. Second: frankly, as nice as it can be to have a story-line or gameplay related solution such as failing missions because some hostage has died when you tried to get out of the borders, I don't think that is exactly what you meant and, on the contrary, I found those to be usually harmful for immersion. But if you happen to be interested in these types too, let me know and I can drop some ideas that I have either seen or thought.

Also, as a general point, notice that more than once I touched procedural generation. Really, I think procedural generation is your friend here. You don't need to use it only for having infinite worlds. I always say we should start using it much more often to make the finite open-games more realistic and diverse. Using it for a fake endless border would be a neat use.

Different games have different requirements in how realistic they are to their genre, e.g. FPS games can constrain to a building, whereas RPG games like Rust / DayZ / Skyrim have larger and more open world maps to suit their style.

Some common ones across games (and examples) include:

I am a bit hesitant to add this option, but it could work.

When seen in 2D (neglect height for a moment) the inside AND the outside of a torus are endless. They simply wrap around on both axes.

Placing your characters on a shape like that could be tricky. You could always go easy on yourself and get a less exact torus.

Now we're talking 3D objects, how about a plain old sphere? They don't necessarily have to be as big as Earth. Make them the size of a small moon, like Dactyl, the moon of 243 Ida. I can imagine writing a story for such a setting can be quite the challenge (same goes for the torus).

Mario Galaxy makes use of this by making very small planetoids. If it works for Nintendo there's probably some merit to the concept.

Basically, you just need to put something at the edge of the world that the player can't move past for some reason. Anything will work, as long as it stops the player from going any further in a particular direction while using the actions allowed by your game.

You seem to be looking for a comprehensive list, so here you go; I think this covers all the viable possibilities:

The Earth is flat, so why not border the world realistically; A cliff that falls into space. 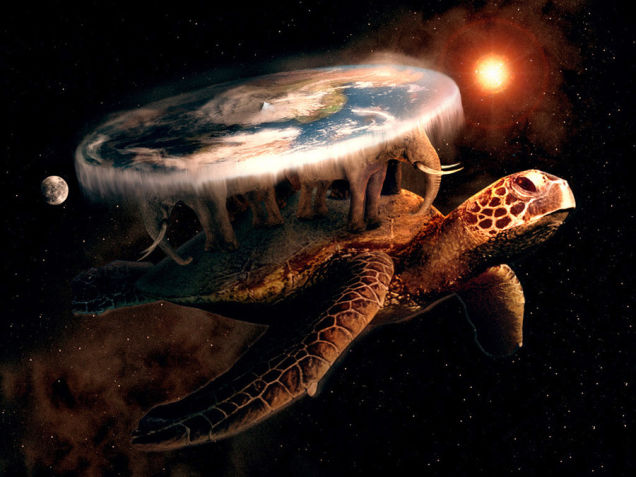 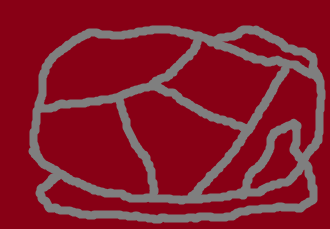 No start, no end, no invisible walls. There will be no obvious 'walls designed to keep the player from leaving the playing area', since you're in a cave. All walls are the same.

A very interesting example is in the first scene of Fallout 4 :

You are in your normal house during a normal day and suddenly there are news reports and alerts of nuclear bombs (the beginning of the nuclear war of 2077). You are then tasked to go to the nearby vault as soon as possible. But you can take a long time to do so if you wish. The relevant part is that when you try to leave the map, the bomb actually explodes nearby (it normally explodes only when you reached the vault), killing everyone, setting a hidden limit to the map. You can see this in action here.

This is the same kind of border as the turrets in Borderlands (as noted in Quill's answer), but kind of hidden as it then feels like it is time-related while it is not.

Include leaving the game area in your story.

Perhaps those pesky guards wont let you leave the city. Perhaps the front door or gate is blocked/locked. It might not all be impossible, but still hard to leave the game area.

What happens when the player does leave? You win the game! (but perhaps there is another better ending?)

The point is the player need to have a incentive to stay in the game area. This does not have to be by force, as long as it's clear that leaving will have a bad outcome to the story. The player might not be able to rescue his friend, might never be able to unravel the secret story, might not be able to find the holy grail.

In an open world the player might go further out of bound than in a completely railroaded game. However, when the player does not return in time, objectives might run out of time, enemies might replenish or puzzles reset.

Now, when the player does reach the edge of the map, based on the story we can do different things.

A neat trick I've seen in a game from the past (Ultima 7): make the entire world map seamless, namely once the player has reached an edge, (s)he gets teleported to the opposite side.

This technique could work pretty well also if your map is surrounded by water, without the need of blocking the player o killing him/her.

Your question is very general to being with, so a specific answer (like mountains, water, or caves) can't really be given as we don't know what specific setting you are talking about.

A general answer would be to incorporate things from the environment into the border. Some examples would be:

The key is to think of normal situations you would find in the environment that is in the game, and to strategically place these situations around your borders so everything looks natural to the user.

This was the solution adopted by Valve for Team Fortress 2. From the Hydro developer commentary (2:29):

Maps require impassable boundaries, but unless we restrict the environments to either interior spaces or steep canyons, these boundaries can't always block the player's view of the outlying, unreachable area. In our more realistic titles, like HL2, these boundaries often require fictional and visual explanations. In the heavily stylized Team Fortress world, however, conspicuous artificiality is a core design principle and so we can simplify or altogether ignore these explanations without compromising the player experience. Playtesting showed, for instance, that these low fences leading to an empty expanse successfully conveyed the message that the area beyond the fence is uninteresting and out-of-bounds. 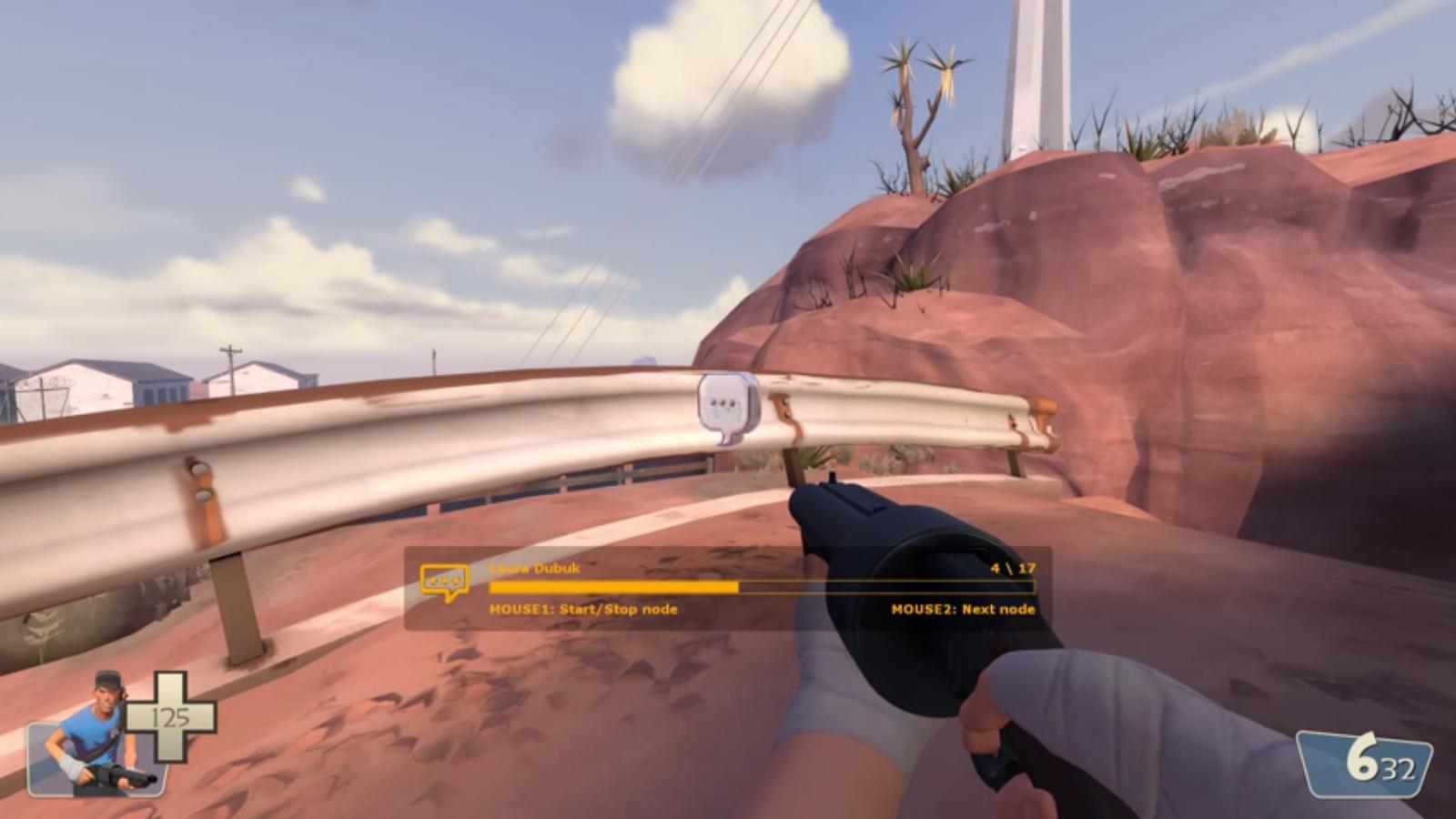 Not the answer you're looking for? Browse other questions tagged level-design levels open-world .

6
How to creatively justify world limits to the player and challenge them to go there?
2
What are the most common ways of closing an open world?

9
How do I choose the scaling factor of a 3D game world?
8
Creating a seamless open world 2d game map
3
How can I ensure the player learns all skills in a single open level?
0
How can I avoid the precision loss when recentering objects on open terrain?
2
How can I easily create/edit a level for a scrolling shooter game?
0
How to create 2D platformer maps without a game engine's editor?