I am attempting to connect a series of teleporters with entrances inside a single scene. Once the player touches a teleporter he is moved to another place. I am doing this by simply connecting two game objects as shown in the following screenshot. The particle system in the center of the upper side is used as teleporter, the red line indicates the game object where the player will be transported to. 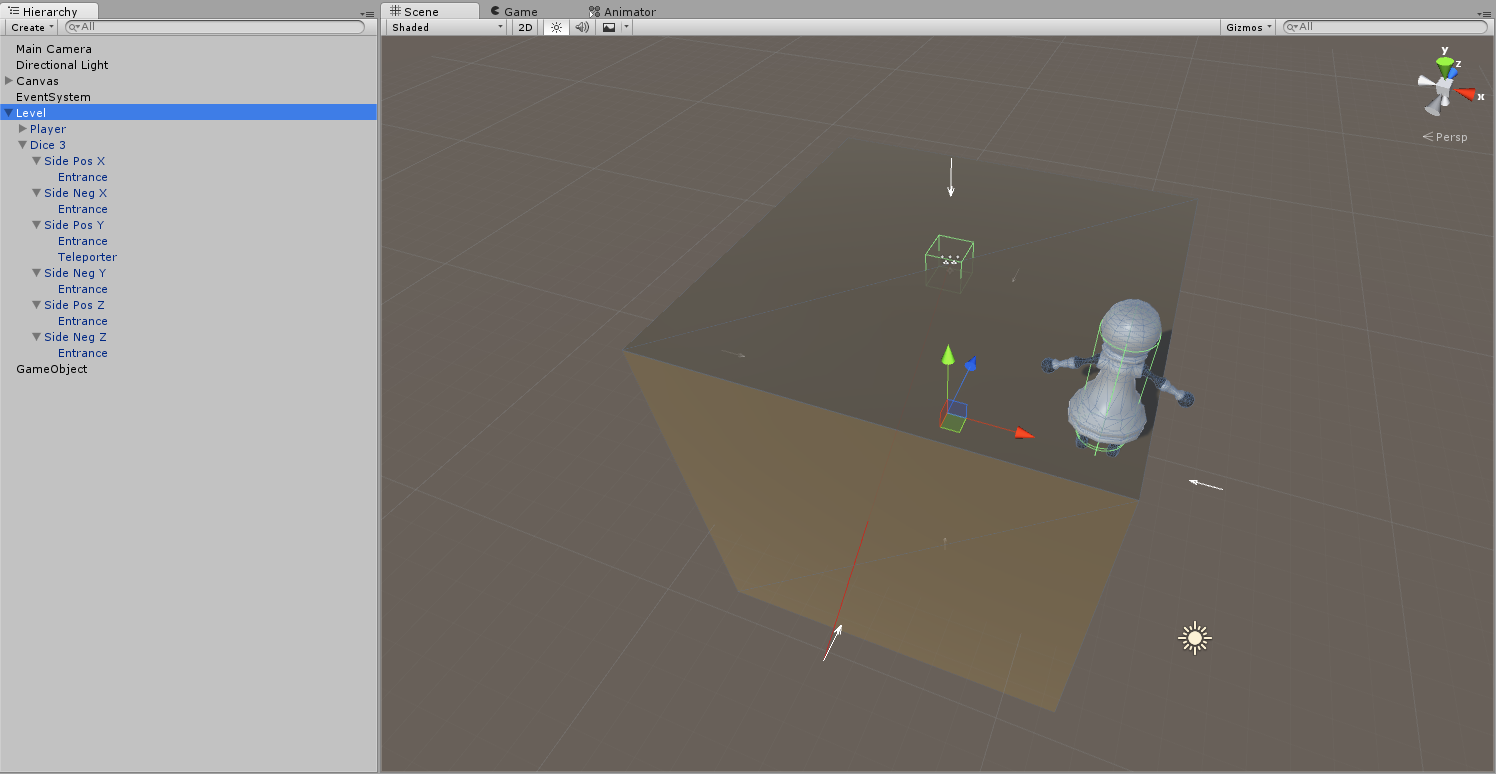 Sadly, this results in an utter mess when attempting to select a new entrance the teleporter should link to. There is no way to guess which entrance corresponds to which side and dice: 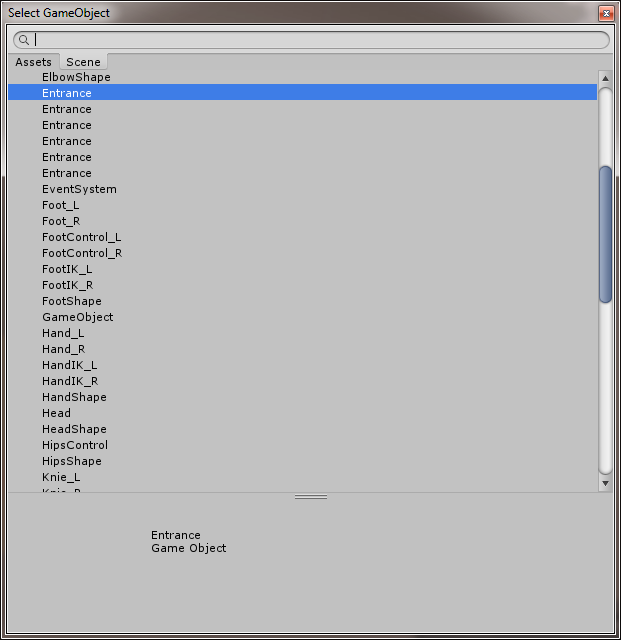 So the tl;dr of my problem would be this: The name of the object that should be selected is meaningless when isolated. It's the path to the object (or in other terms: the name of some parent) that is relevant.

I would see three possibilities to solve this, but sadly I haven't gotten around to find out how to do any of them.

You can attach custom script to any gameobject you want to use as destination call it for example TeleportDestination.

Ps: i wrote this answer on mobile. I would go deeper otherwise, sorry. Hope it helps

0
Unity 5.6 - Can no longer select empty GameObject with Gizmo in editor
2
Creating Dialog Trees in Unity with Python?
1
Placing a gameobject with restrictions
0
How can I get the vector3's names to gameobject name?
0
Linq with Unity - Select One from Many
0
GameObject With Background Covers GameObject Without Background
0
How to select top most gameObject in a stack of gameObjects?
0
Unity: Shortcut to select all children in gameobject