I am using a standard heightmapped procedural terrain in my project. However, I want the terrain to appear spherical when the user zooms out. This is an attempt to simulate the appearance of a spherical planet. Here is my current algorithm:

My main concern is that the rotation axis is not correct. Theoretically, should it be the cross between the vert-to-planet-center and the terrain-center-to-planet-center?

Hmm, I'm not so sure about rotating the vertices. Perhaps this is not the answer you're looking for, but I can suggest an alternate method.

I've done something similar with maps in my game. I wrote a shader to wrap terrain into a sphere, but it can easily be done outside the graphics card too. It's as simple as mapping the Cartesian coordinates to spherical coordinates. The code would look something like:

This maybe "too spherical" for you. If so, you can try padding the edges of your map so that the portion turned into a sphere only represents a portion of the surface of the sphere.

Below is an example of the spherical mapping results. 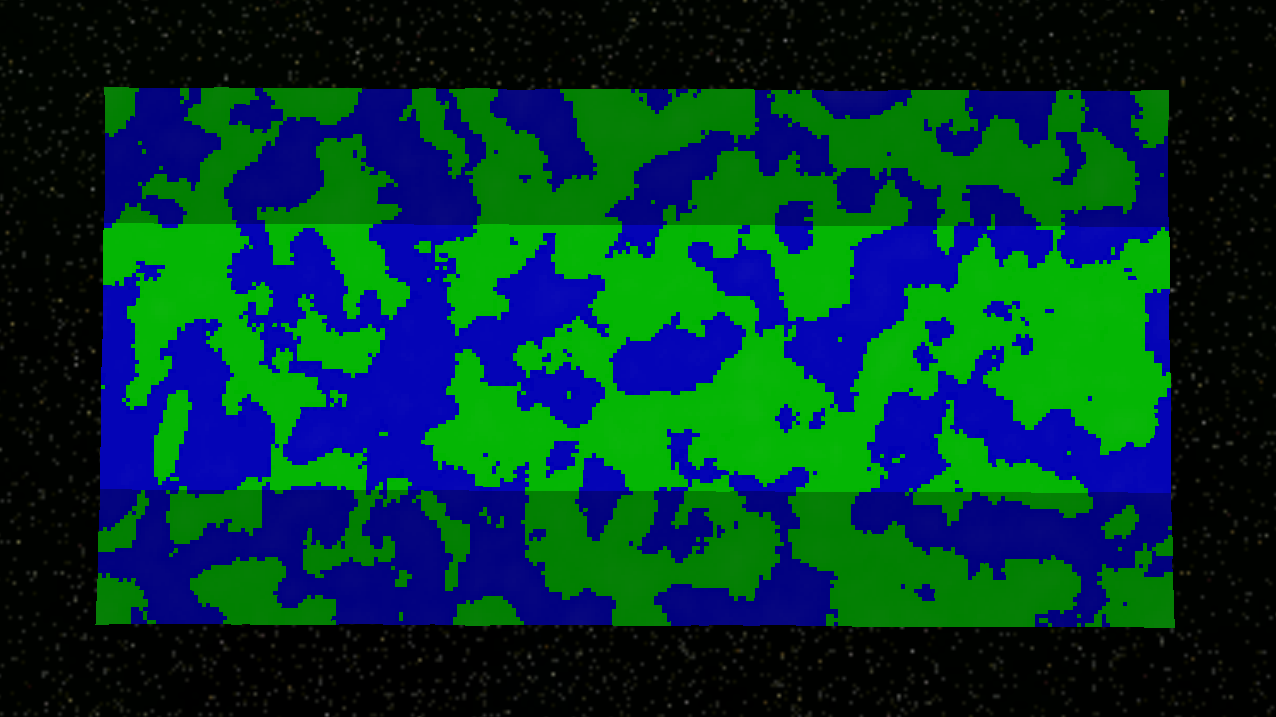 And a spherical world, created by wrapping the vertices into a sphere: 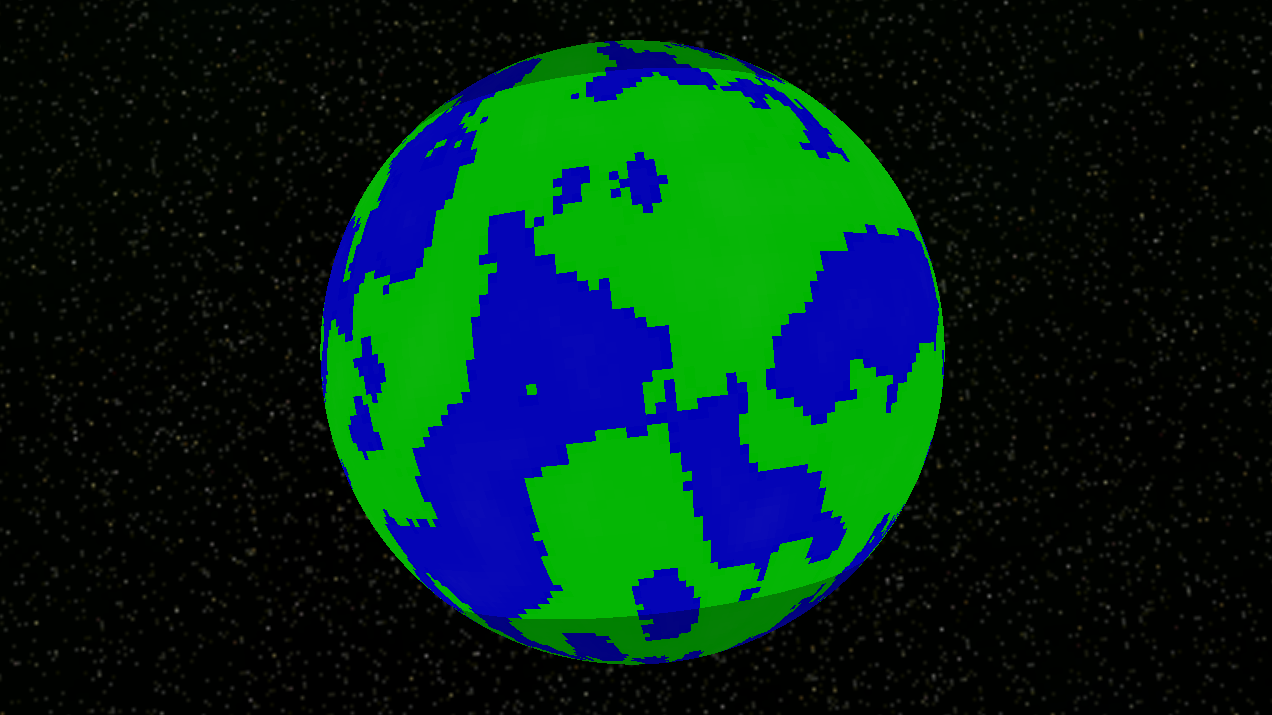 Note that there will be a large amount of distortion at the poles if you don't follow the suggestion above to limit the surface area of the sphere this map is stretched over.

Not the answer you're looking for? Browse other questions tagged xna procedural-generation geometry coordinates or ask your own question.

1
XNA - Wrap heightmap around sphere
5
Generate planet like heightmaps
4
curve objects in unity3d to wrap around an invisible cylinder?