How to combine steering forces?

I am trying to understand how to implement and combine steering vectors for autonomous agents as described by Craig Reynolds.

I understand that each steering force is equal to the desired velocity for a particular behavior, minus the agent's current velocity.

I am trying to combine two basic behaviors: Seek and Flee. Below are two diagrams to illustrate my issue. 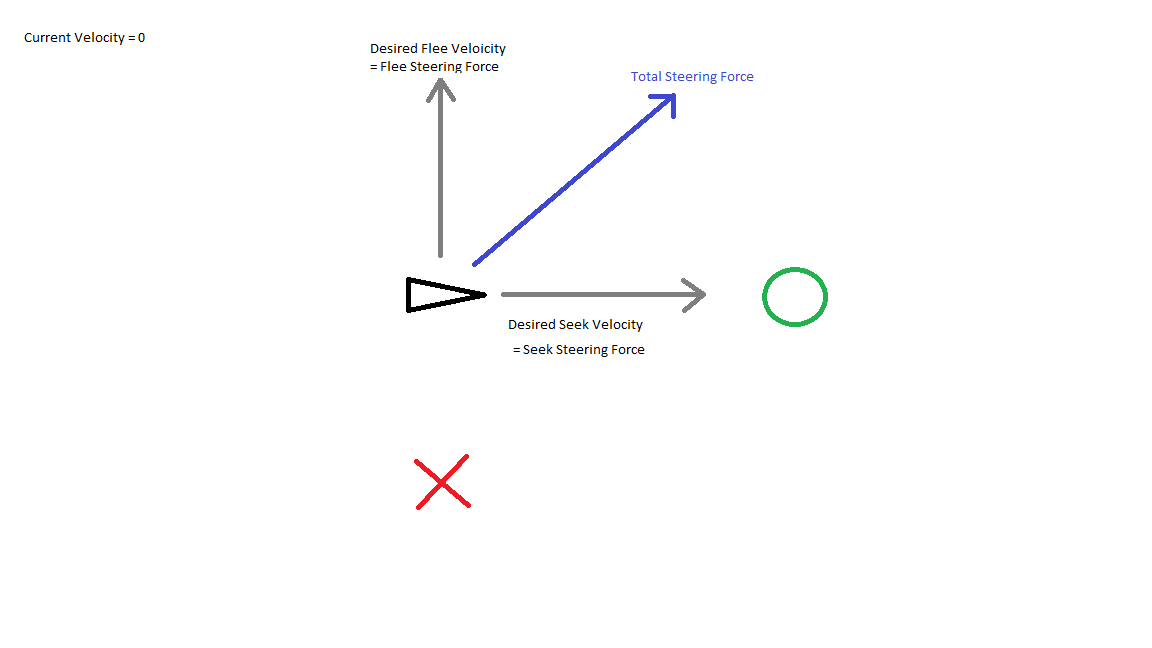 I have an agent that is Seeking a target directly ahead of it, and fleeing from a target below it. When the target is at rest (current velocity = 0), the steering forces for each behavior are equal to their respective desired velocities:

And the combined steering force points up and to the right, in blue. This is roughly what I would expect.

However, if the agent is moving, we get a completely different result. For the sake of simplicity, say the agent is already moving at top speed in the direction of the target. So the agent's current velocity is equal to its desired seek velocity. 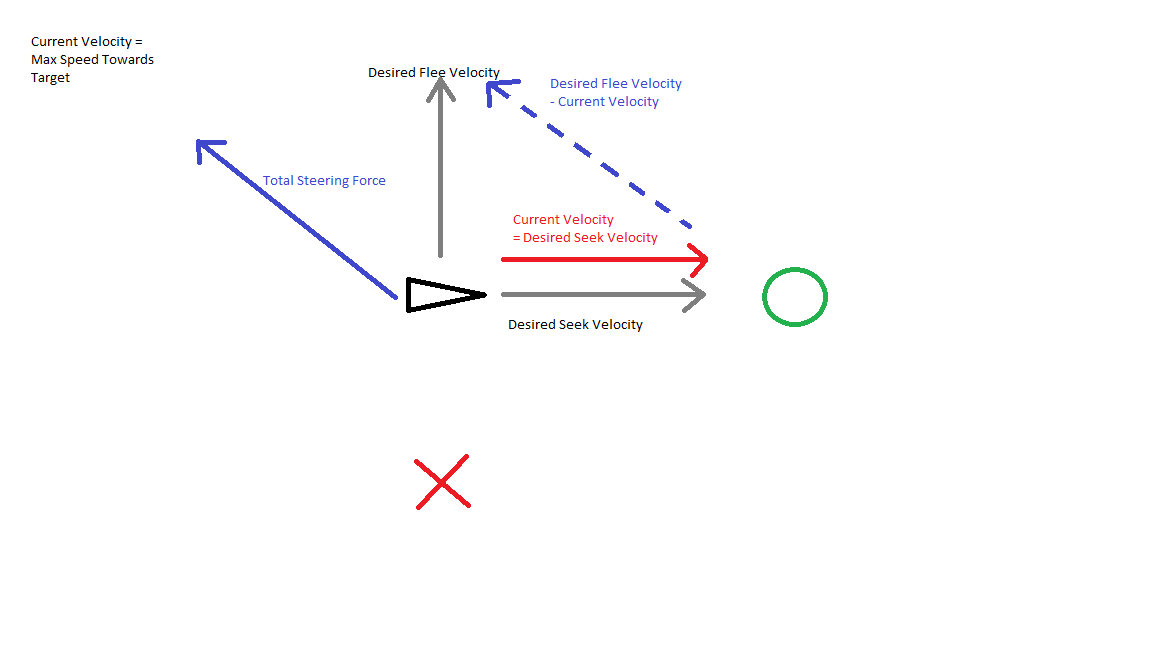 I noticed this issue while trying to implement a separation force, which is essentially the situation illustrated in the diagrams but with the red X representing a neighboring agent. The net effect is that agents maintain separation, but move at about half speed, with a seek steering force pointing forward, a flee steering force pointing backward and away from the neighbor, that largely end up cancelling each other out.

It really doesn't seem like any component of the flee force should be pointing backwards here. What am I misunderstanding?

I would solve this on two levels:

On top level, the Flee / Seek urges battle it out to determine where the agent should go to. This stage determines a location. Depending on what is urgent at the moment, it could be more influenced by threat or by target.

Below that, at the lower level, I would take the resulting target location, and actual current location to derive the steering force by use of a PID Controller.

The component of a on b is the magnitude of b times the cosine of the angle between a and b.

You are subtracting the current velocity multiple times, once for each behavior (in this case 2 times), when you should be subtracting it only once at the end, when you have summed all of the behaviors together.

The way I usually handle this is to add the forces—which should be independent of the current velocity—then check whether the result has a greater magnitude than the maximum force I want to be applying, and normalize it to that magnitude if so. This preserves the relative “strengths” of the forces without allowing their combined result to blow up the system. Pseudocode:

Not the answer you're looking for? Browse other questions tagged ai steering-behaviors .