This is my Game-Board: 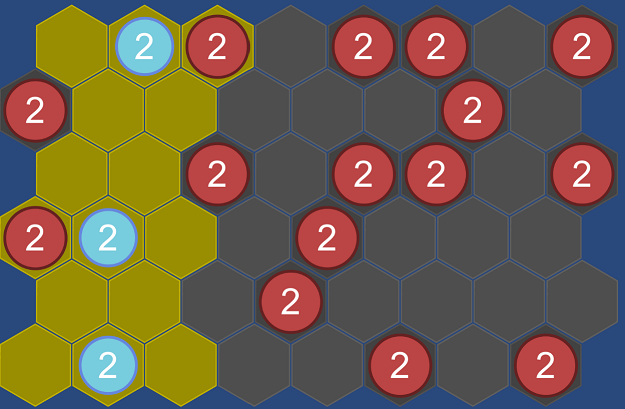 Its the AI's turn. Its planning the whole turn for all minions, each of them has the two moves.
The objective is to maximize the number of melee attacks, which can performed in a single turn (2 actions) on the player balls.

Problem I have in my current (brute-force) implementation: 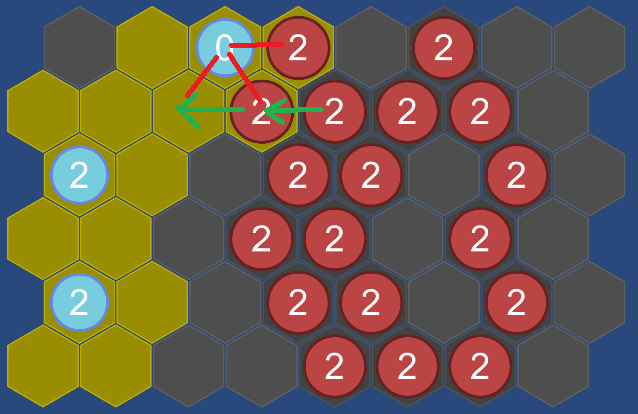 In this situation its more effective for the front minion to move once, so another minion can move into melee range as well.

Do you know an effective algorithm for this job? Thank you for your time!

Alpha-Beta pruning: https://en.wikipedia.org/wiki/Alpha%E2%80%93beta_pruning is commonly used for those scenarios. Depends how do you want to your game behave, you can choose another algorithm. Difficulty of the game (as strong the opponent is) is how deep the AI goes in tree or size of stack.

1
Simultaneous AI in turn based games
1
Animation play in turn based rpg
6
techniques for an AI for a highly cramped turn-based tactics game
5
Need some general direction for turn-based planning AI
6
Optimize algorithm: finding all possible moves for a turn based game
1
AI: Turn-Based Movement with 2 actions per Unit
55
What is the design rationale behind melee retaliations in turn-based games?
0
Turn based game - how to deal with partial world state updates?
1
Turn-based combat AI with multi turn planning