first of all I'm sorry for asking noob-ish question. This is my fifth day trying to make a shader in Unity.

and here's how it looks like on the mesh 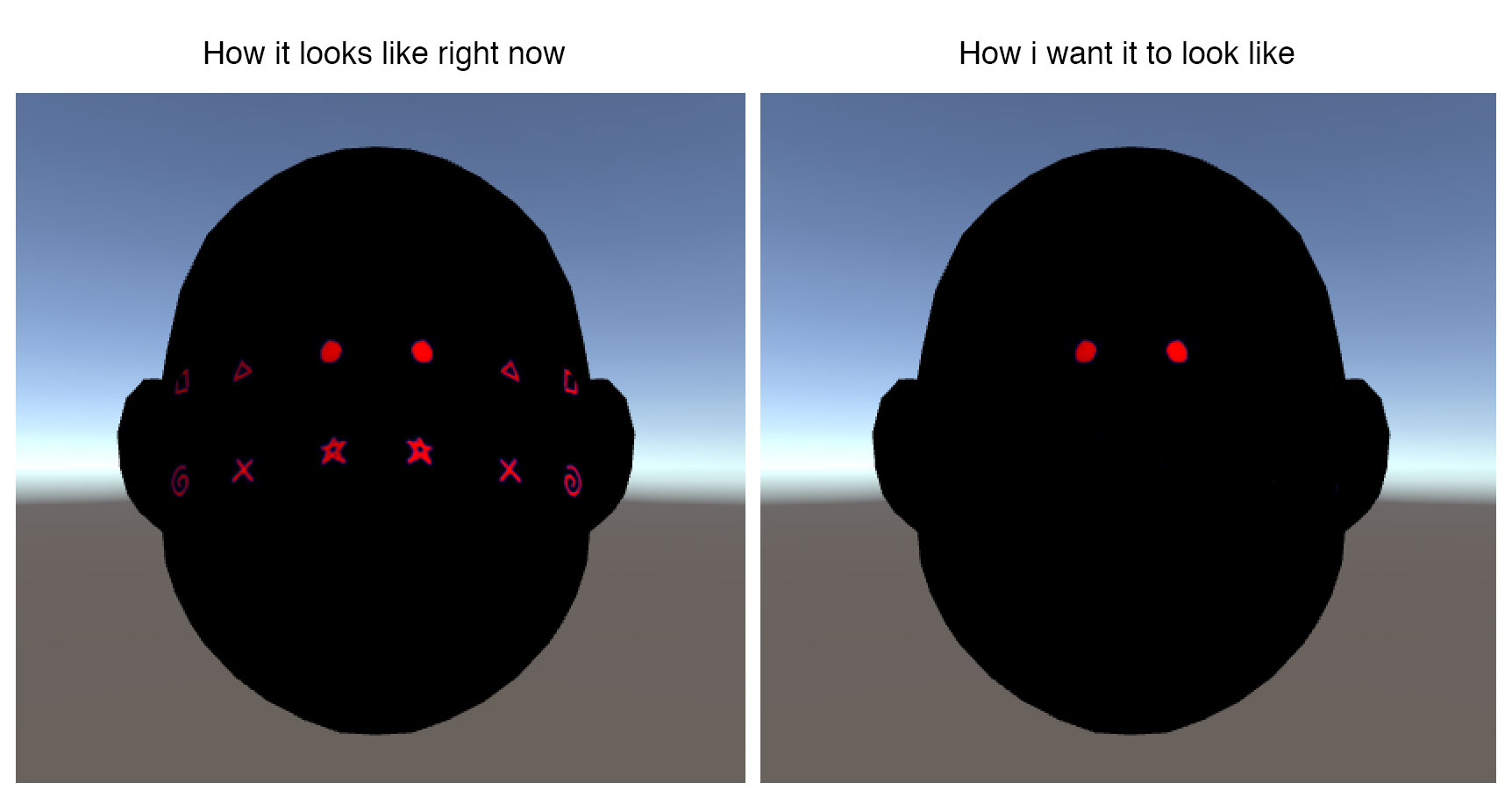 Basically I'm only selecting the red from the UV and apply it to the mesh. I encountered no problem when trying to select from the RGB, but when i try to use the XYZ for the coordinate position, it turns out that the value of x and r is the same, so is y and g, and z and b.

My question is, how to select by the coordinate position in the UV texture?

.xyz is just the same as .rgb, the idea is that you use whichever makes the most sense in the context you are using it.

I think the values you want are in IN.uv_tex.x and IN.uv_tex.y

Not the answer you're looking for? Browse other questions tagged unity opengl shaders .

5
How to get the texture coordinate of a neighbouring pixel for a blur shader?
0
In OpenGL Shader, Why adding color change vertex position?
0
3D position of an arbitrary UV coordinate
3
How to prevent intepolated texture in fragment shader (Unity CG)
3
How to assign texture to shader?
9
Moving texture according to position in shader
2
Unity procedural skybox shader texture stretching
1
Low fps on Arm Mali GPU
0
Understanding Screen Position Node in Unity Shader Graph