Why the cube is getting to the other cube instead stopping when both colliders hit?

I don't want to use a script with OnTriggerEnter or something like that but to simulate the red cube as a wall and when the blue cube collider hit the red cube collider it should stop. Both cubes have a box collider and on both the Is Trigger is checked true I also tried one of them or both when not checked true. And both colliders size on Z set to 3.

But the blue cube is getting to the red one and not stop when colliding : 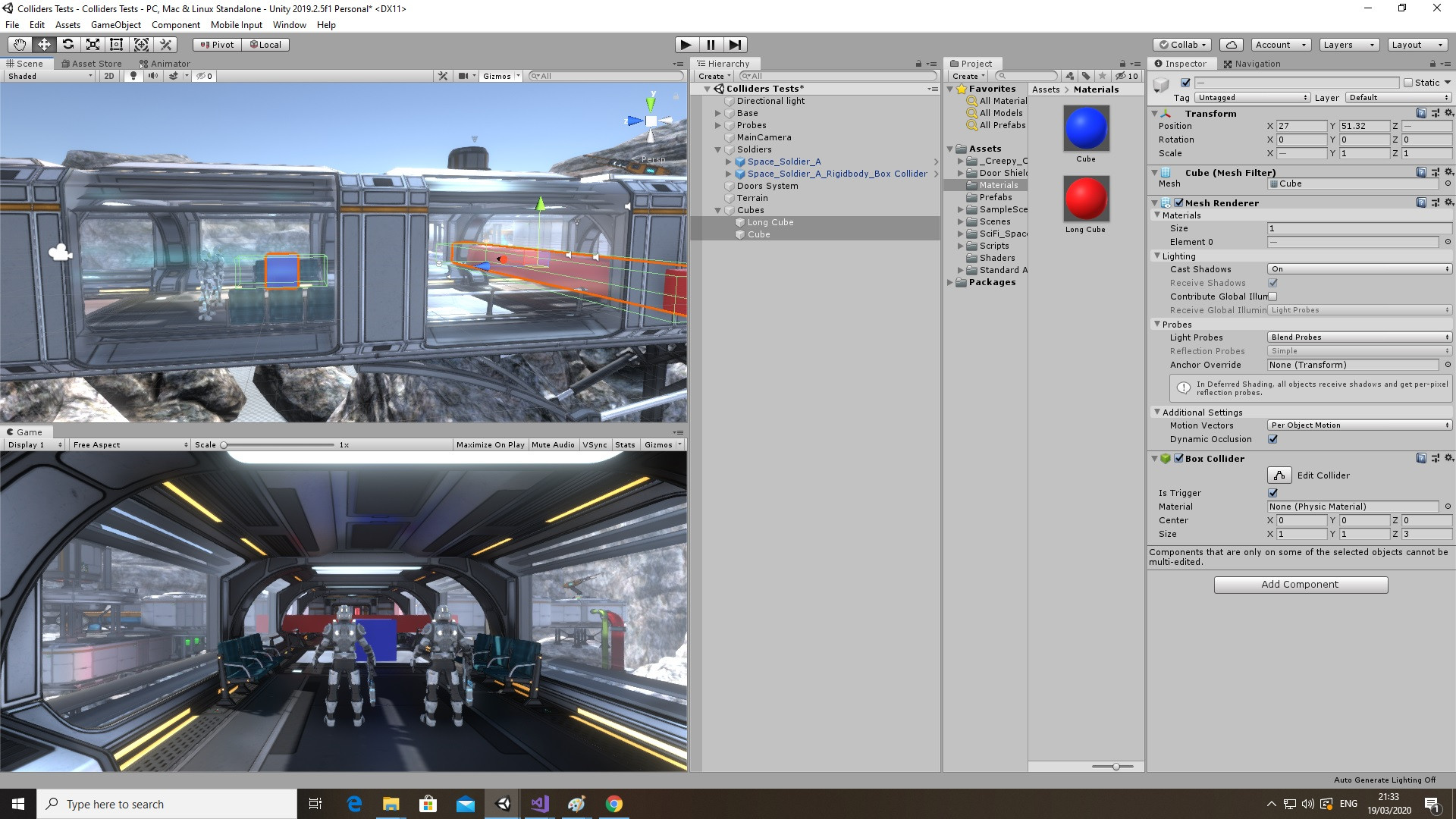 The blue cube is getting inside the red one :

This is the script attached to the blue cube to move it to the target red cube :

I want that the blue cube will stop when colliding the red cube collider that's why I set them on Z to 3. I don't need physics for now.

Do I need must using OnTriggerEnter in my script for that ?

So I need a rigidbody even if I'm not using physics. I wonder why. 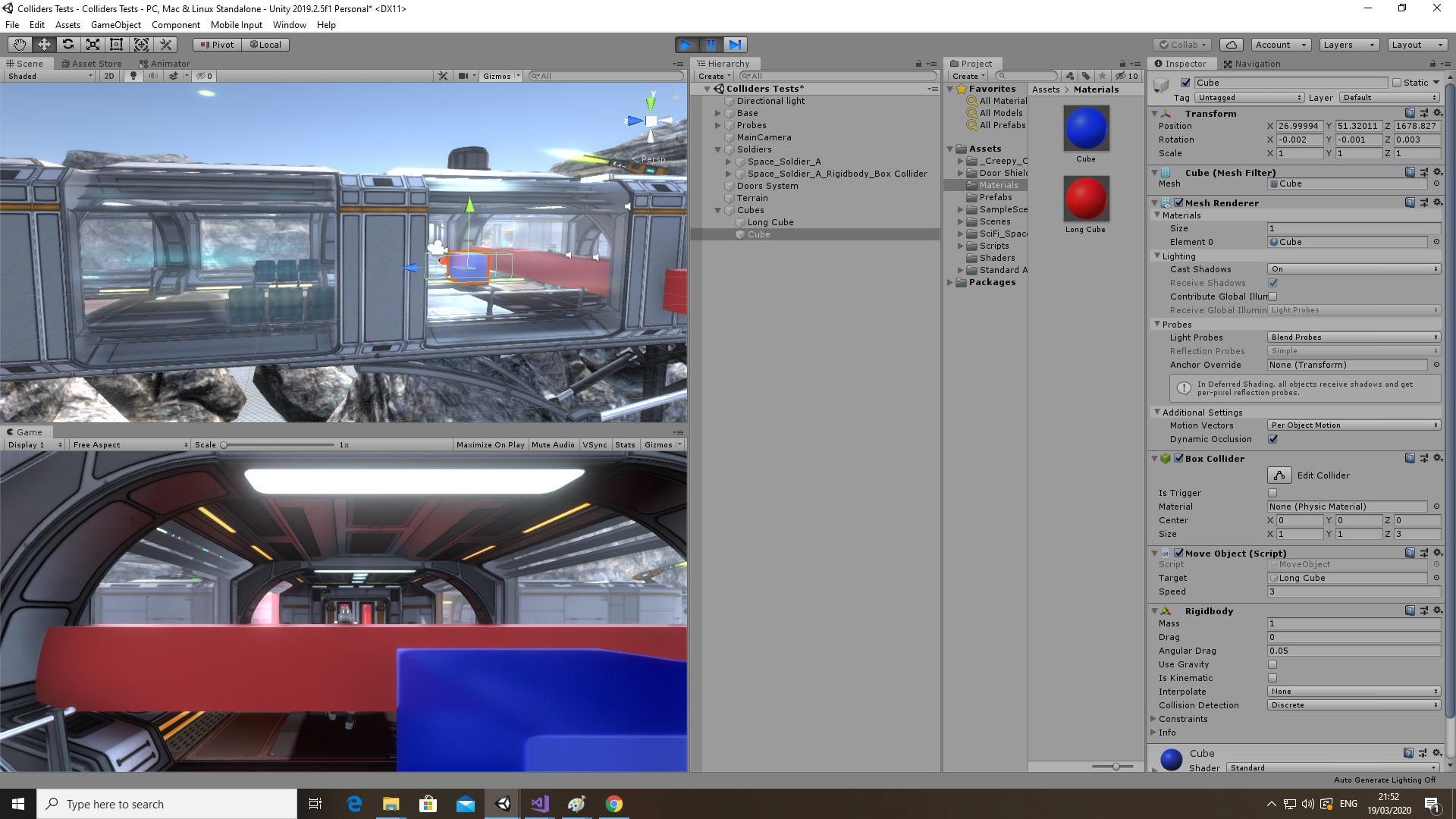 The cube wont stop as you are moving by changing the transform. That will just override physics.

You need to move the cube ONLY with physics to avoid this issue. If you don't then you need the moving cube to have a collider (non trigger) and the "wall" to have a trigger collider that will, when this cube is detected, tell it to stop moving. Both may then require a rigidbody set to "Is Kinematic"

To summarise. Move the cube with physics by using something like the Rididbody.MovePosition method. If you want to move without physics you need to use triggers correctly to simulate this.

1
Unity 5 C# collision problems
0
Unity OnCollision() not working
2
Unity 2D: Destroy object with dynamic collider after exiting object with static collider
0
A trigger collider in Unity doesn't allow the player to pass through
0
How can I determine when colliders of two gameobjects touch one another?
0
Resize rigidbody in runtime, Box collider OnTriggerEnter not work
1
Rigidbody & Ray alternative or optimization