Calculating the intersection of a fast moving circle and a line

Inside of my game, I am in need of a way to test the collision between a line segment and a fast-moving circle. I would say I need a line v capsule collision however the problem is I need the collision point. None of the existing formulas I can find can do quite what I need. I have tried line x line intersection and just moving the lines by the radius of the capsule sort of work however then the collision point found around the edges is off. Additionally, I can't find a way to work back from the collision point to the point that the circle first collided at. 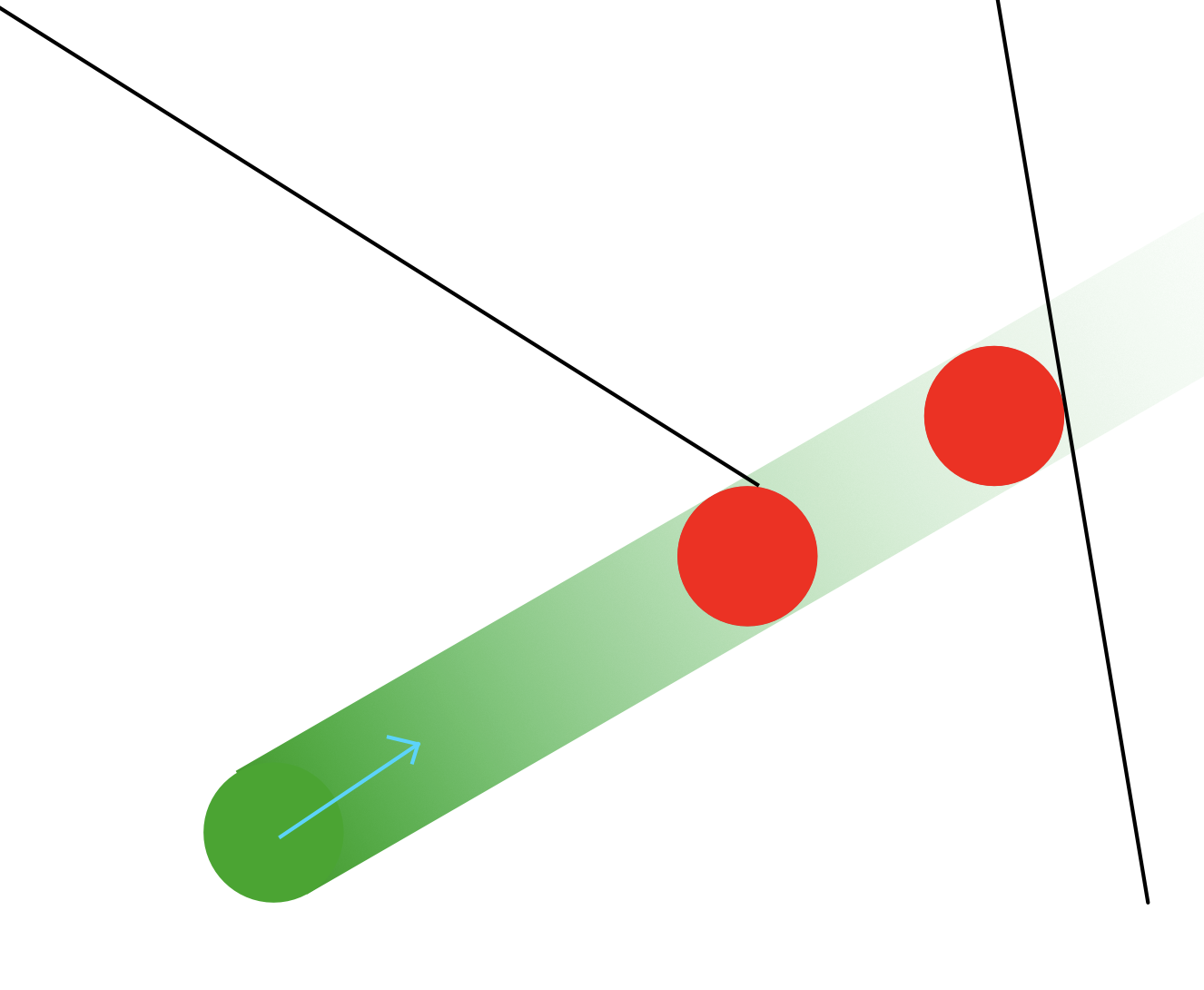 Above is sort of a picture of what I am hoping to achieve. The green capsule represents the circle's path.

So really the problem here is finding that collision point because a yes or no answer is trivial here. There are formulas for ray capsule or box capsule however none of them will get me this collision point.

Does anyone have any ideas on how I can figure this out?

If \$s\not\in I\$, then (probably) the endpoint of \$I\$ is the only possible collision point, and checking the path of the circle(-midpoint, i.e. the line \$c+td, t\in J\$) for intersection with a circle with radius \$R\$ around that endpoint should tell you if a collision occurs there.

Why do you need the collision point of the circle at all? Couldn't you simply calculate a circle-circle collision with your red circle and the end point of your line?

Or maybe a look on this stackoverflow post will help: https://stackoverflow.com/questions/1736734/circle-circle-collision

Not the answer you're looking for? Browse other questions tagged collision-detection physics mathematics .

0
How can I solve niche collision cases between circles and insides/outsides of AABBs or arcs?

5
How to detect and collide two elastic line segments?
1
Line segment / circle intersection - X value seems wrong?
9
Circle inside circle collision
0
Resolving a collision between point and moving line
4
Calculate point of circle–circle collision between frames
4
How do I find the intersection of a ray and a cylinder?
0
Resultant Vector Of Circle Line Collision
3
Continuous Collision Detection
0
Capsule to Sphere Collision
0
Swept 3d capsule intersection with AABB, what am I actually supposed to use to accomplish this?