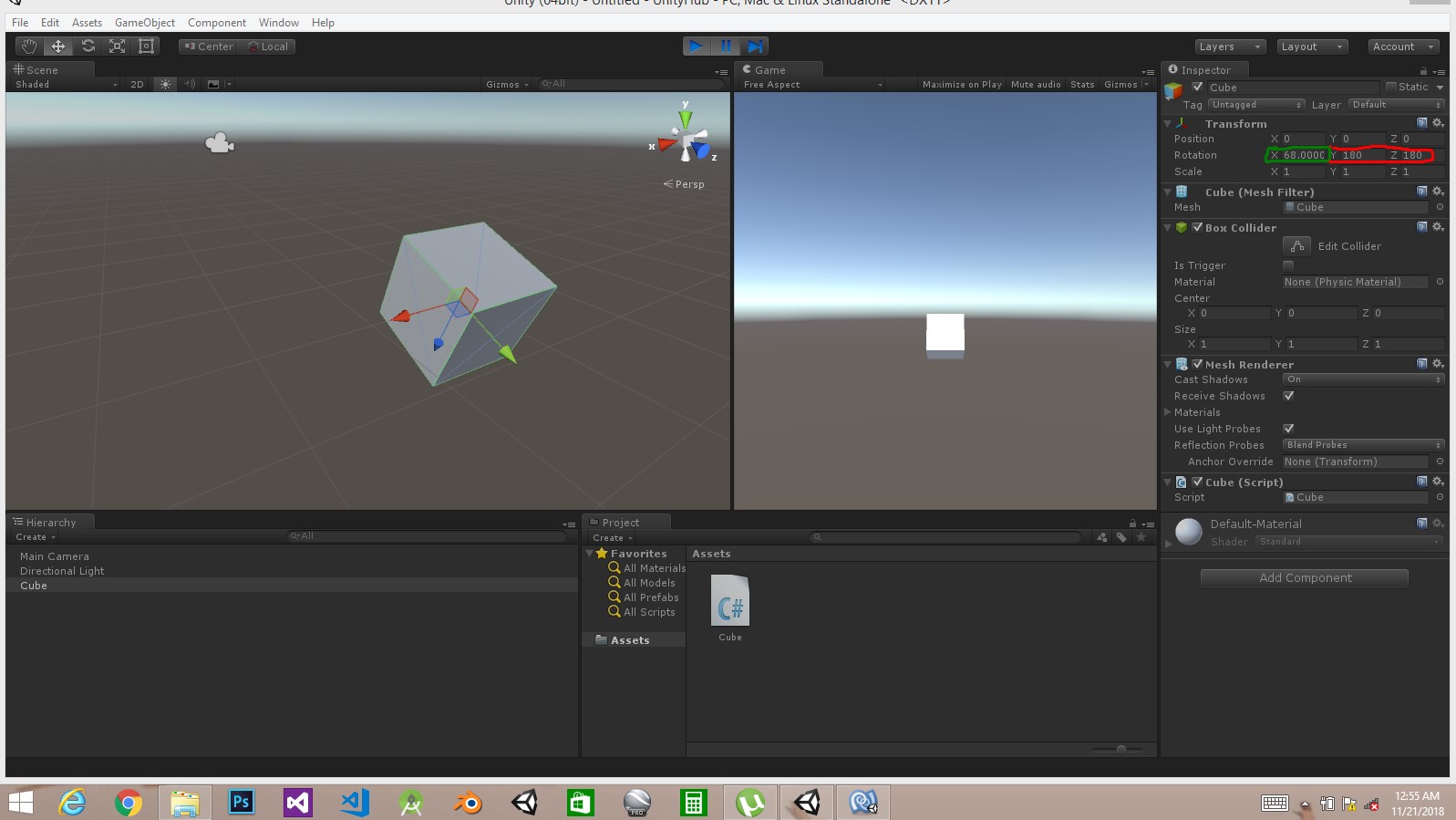 53
How are imaginary numbers useful in video game creation?
2
Euler angle and Quaternion conversion become weird when yaw is bigger than 90 degrees
0
How to access rotation-Z value in script?
0
Converting eulerAngles to "Inspector rotation"
1
how to get if a rotation/position has been completed?
0
Unity - change only z axis rotation to 0
0
Compass objective indicator points towards wrong direction
0
Get object rotation around the x axis
1
Applying incremental rotation with quaternions: flickering or hesitating
0
Quaternions and Euler Angles
See more linked questions

1
Rotating and pitching a turret
5
Matrix represents same rotation with different euler angles
0
XNA 3D cube rotation problem
59
I'm rotating an object on two axes, so why does it keep twisting around the third axis?
0
Unity Rotate Object Around Local X Axis , then Local Y Axis, then Local Z Axis (like a turtle)
0
Unity - Calculating a rotation based on game time
0
Issue with rotating character's spine bone in the late update
0
Why does the player rotate nonstop?