I'm looking to implement the minimum number of moves algorithm for the java game I'm developing but I can't quite figure it out. 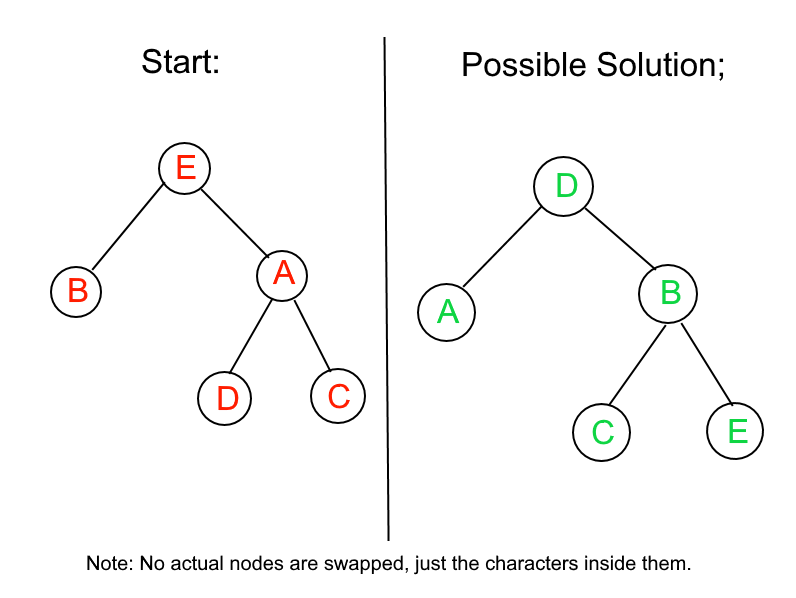 There are also some specifications about this:

The solution in the example above is not unique; other solutions would also be valid as long as the "final character layout (or the positioning of the characters in the nodes)" matches a certain condition (I don't think that's very relevant now so won't go into detail). Also, the nodes aren't actually moved, only it's content.

So how exactly should I approach this, in order to get the minimum moves? I don't need a full solution, but some pseudo-code or a couple of hints would be greatly appreciated!

As people have said in comments section, A* or (AStar) is a viable algorithm for this, and a good waypoint.

Here you have a generic AStar implementation in Java so you can start with something. Please, ask if you have any question.

Not the answer you're looking for? Browse other questions tagged java libgdx algorithm or ask your own question.

5
How do you parameterize turn based AI?
4
Algorithm for a smooth weather transitions in game weather system
1
Hide building roof & Hide faces/vertices depending on world location
2
2D infinite grid data structure
3
How to devise an algorithm for a person being on a walk?
4
How do I find out if this particular puzzle can still be solved?
1
How to correctly solve a procedurally generated puzzle?
0
How to calculate best move in Match-3 game?