A game controller held in two hands, where the fingers (especially thumbs) are used to provide input

Early versions of the gamepad featured a D-pad, a 4-way directional button. Most current gamepads have substituted an analog joystick in its place (though some have both). 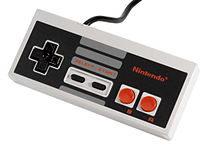 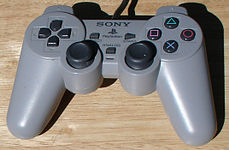 The set of action buttons has increased from 2 (NES) to 4 (although the first Xbox had 6). Additional action buttons have been added in the form of "shoulder" buttons (buttons mounted on the controller facing the away from the player) and analog triggers. 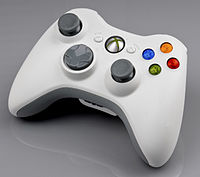 Most gamepads also have a Start and Menu/Select buttons that is not generally used for gameplay. The Start button is frequently used to pause the game and/or bring up a menu.

Xbox thumbstick used to rotate sprite, basic formula makes it “stick” or feel “sticky” at 90 degree intervals! How do you get smooth rotation?

What gamepad functionality can be assumed?