How would I check the range against the entirety of an enemy object, and not just it's transform.position? 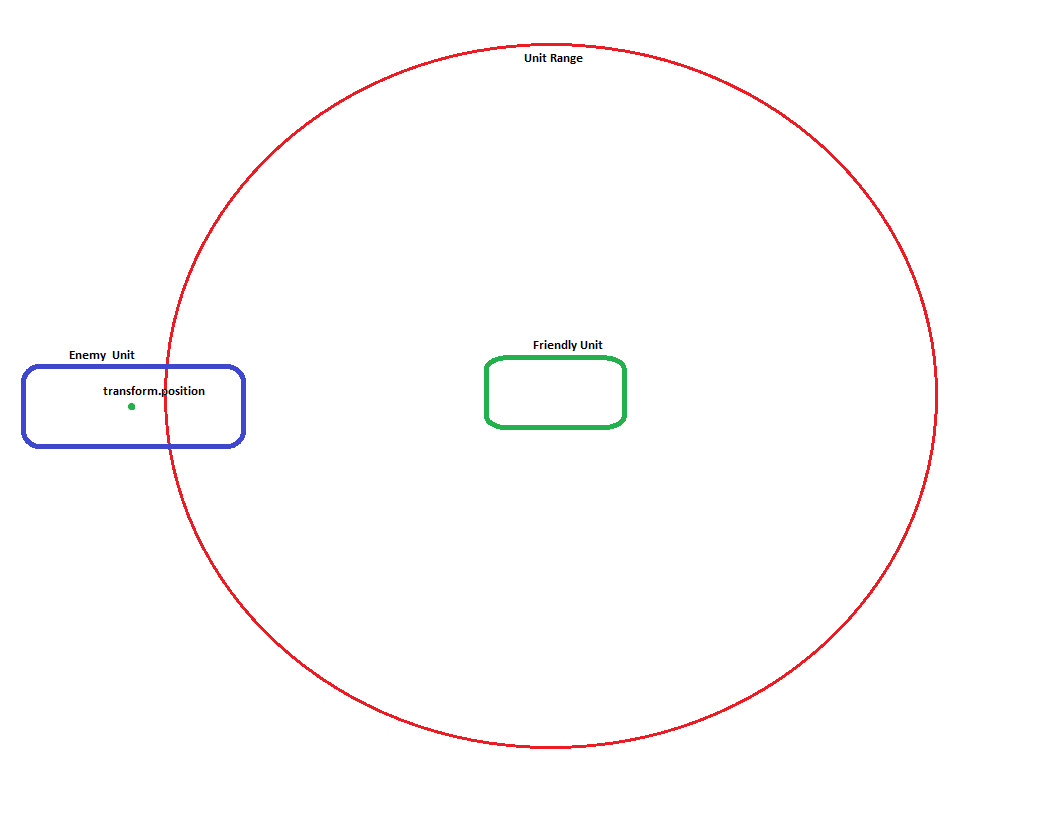 Right now I run a quick check against all nearby units to determine their distance from a turret on the friendly unit.

I was thinking raycasts, but I imagine raycasts every frame for up to 10 detected enemies per unit (Each unit will at max hold onto references of 10 nearby enemies. I could have 100 friendly units within range of 100 enemies) would chew up a fair bit more CPU than just checking their cached transforms.

Currently a Unit has a trigger spherical collider that defines it's view range. Any enemy unit within this view range is added to a collection based on priority, with a maximum of 10 objects referenced per collection (each Unit can only be aware of 10 enemy objects). From there, each turret on ship checks the distance from itself to each of the enemies within that collection. When the distance is <= it's attack range, it will fire upon whichever enemy object gets within it's attack range first.

I used to use spherical colliders for each turret, which of course would detect the enemy as soon as any part of the enemy entered the trigger collider. The issue was the massive performance loss due to OnTriggerStay() begin called by hundreds of units, tens of thousands of times per frame when I have no need for the method. So I discarded the extra trigger colliders for a more performance friendly approach.

The issue is that the range check is that is checks the transform.position of the enemy. This does not take into account the collider that makes up the enemies shape, and will only trigger when the center of the object enters within range. 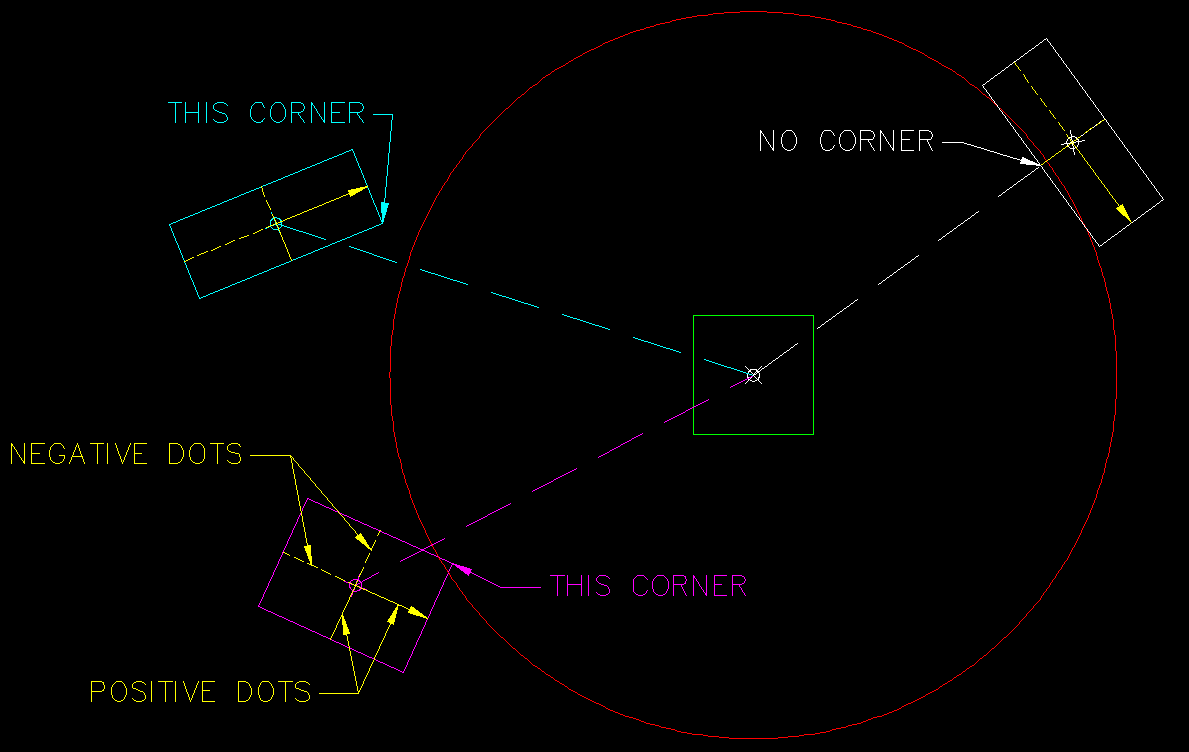 Re-use the dots from the nearest-corner-test to find the nearest "cardinal" enemy direction (the larger of the two). Calculate the hypotenuse length and, if (DistanceBetweenCenters - HYP) <= Radius, the enemy is within range. 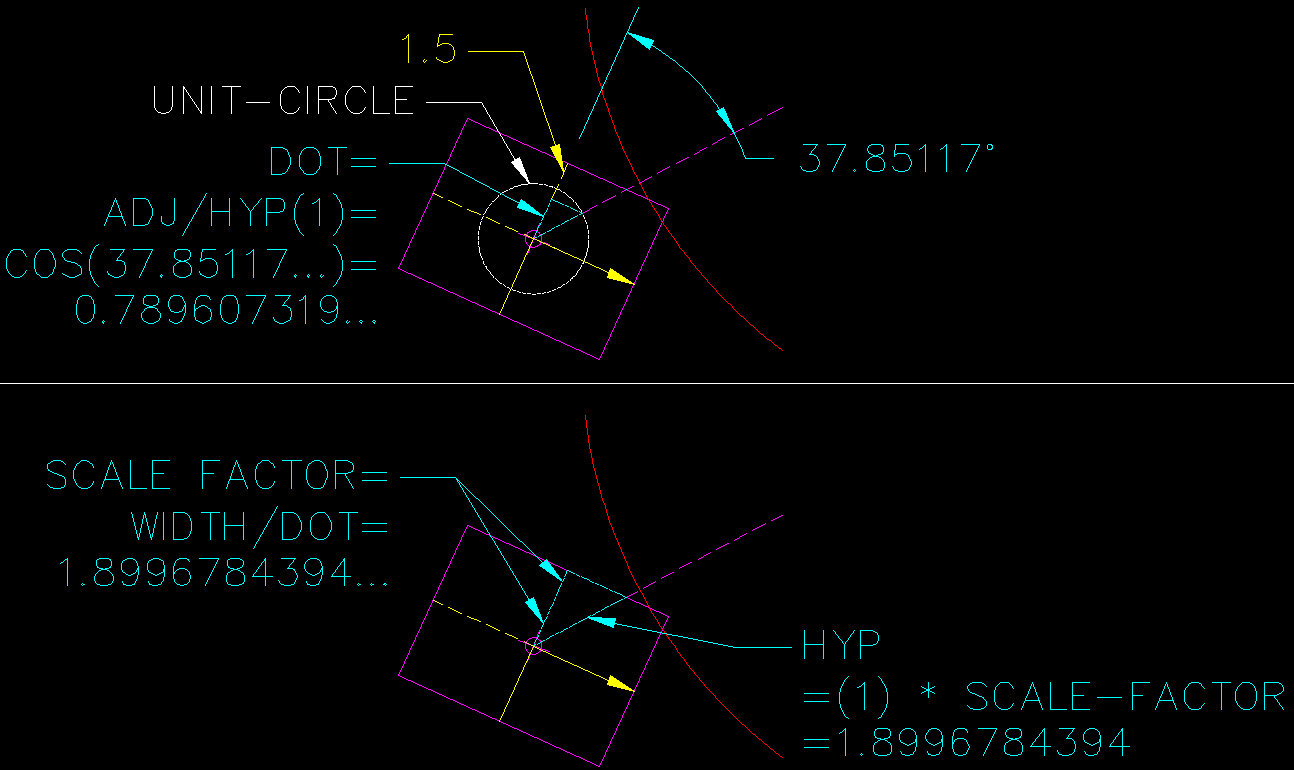 Edited to include theory and attempted to make better use of color:

Testing whether an object is in range is as simple as:

(Note that I'm using sqrMagnitude and compare the result to "range squared" because it's faster, especially if the range doesn't change often)

It is worth mentioning that Physics.OverlapSphere (as far as I can tell) checks for actual collisions, while Rigidbody.ClosestPointOnBounds uses the compound collider's (axis aligned) bounding box.

Not the answer you're looking for? Browse other questions tagged c# unity raycasting .

12
How should I implement units' enemy "awareness"?
0
unity rts on mobile : how can units find each other as simple as possible
14
Looking for some insight on programming design for attacking and attack types in a game
2
Kart Racing Attack AI
3
Problem with trigger
1
Unity: Smart approach needed: Enemy AI detection of firearm discharge
0
Unity Collider2D - Know the collider type ob the object collider with the other object
1
Unity Colliders - How do I detect nearby objects without my detection ranges detecting each other
0
More loosely coupled way to design this attack and target concept?