I have a chain that is made of connected configurable joints. I used ultimate rope builder for the rope chain creating.

The problem is that when i apply a larger force to the chain, it starts to tear and chain links starts to flicker and move chaotically. 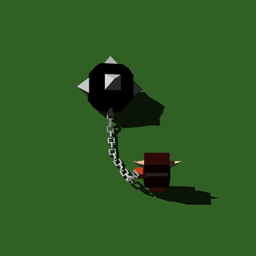 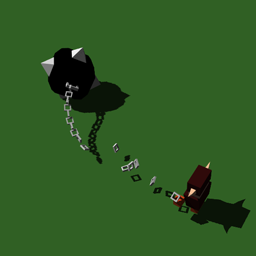 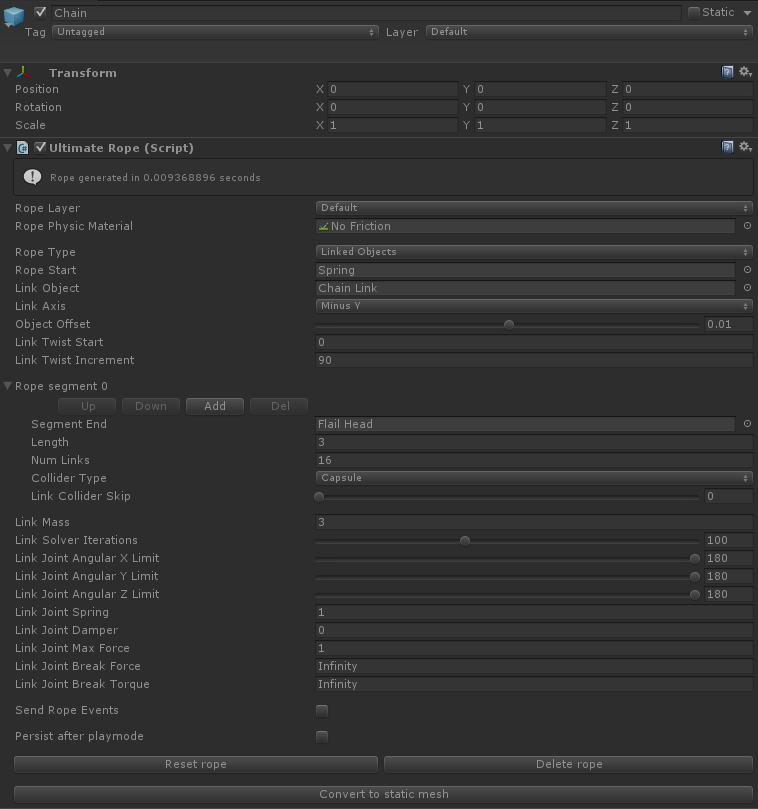 What could be causing such a behavior ?

This is an effect of the joint-solver that tries to keep the joints together but fails to do so when big forces are applied.

This occurs frequently when a "rope" consist of a large amount of small individual elements and joints.

Things you could do to improve the behavior:

Exact the same problem as you. Mostly I agree with @bummzack, but not the last one: Increase your "Solver Iteration Count" in the physics-settings. If this number is too large, the problem will get worse!

If you can afford the jittery, you can set this number to 1. Then the solver never fails, but more jittery.

Moreover, here is the official way to keep stability:

Not the answer you're looking for? Browse other questions tagged unity physics rope-physics or ask your own question.