I have made a shader for my UI buttons, the sprites should be black and white, so they can be used as a mask when blending. They should allow for the image behind them to pass through the whiter pixels and be blocked by the darker ones.

I want to use this effect for my menu, have a black background and a colored one (like a gradient or a pattern), let the colored one pass only through the buttons and the black one everywhere else.

My shader does just that, but with one problem. I can't hide the colored background from the camera. If I change it's layer it is useless (I guess because it is the child of a canvas), and if I use a regular sprite (non UI) it is just ignored by the camera and the buttons don't pick up the color.

Although it may not be what you are looking for, I generated this to show how to use the stencil buffer to achieve what you want: 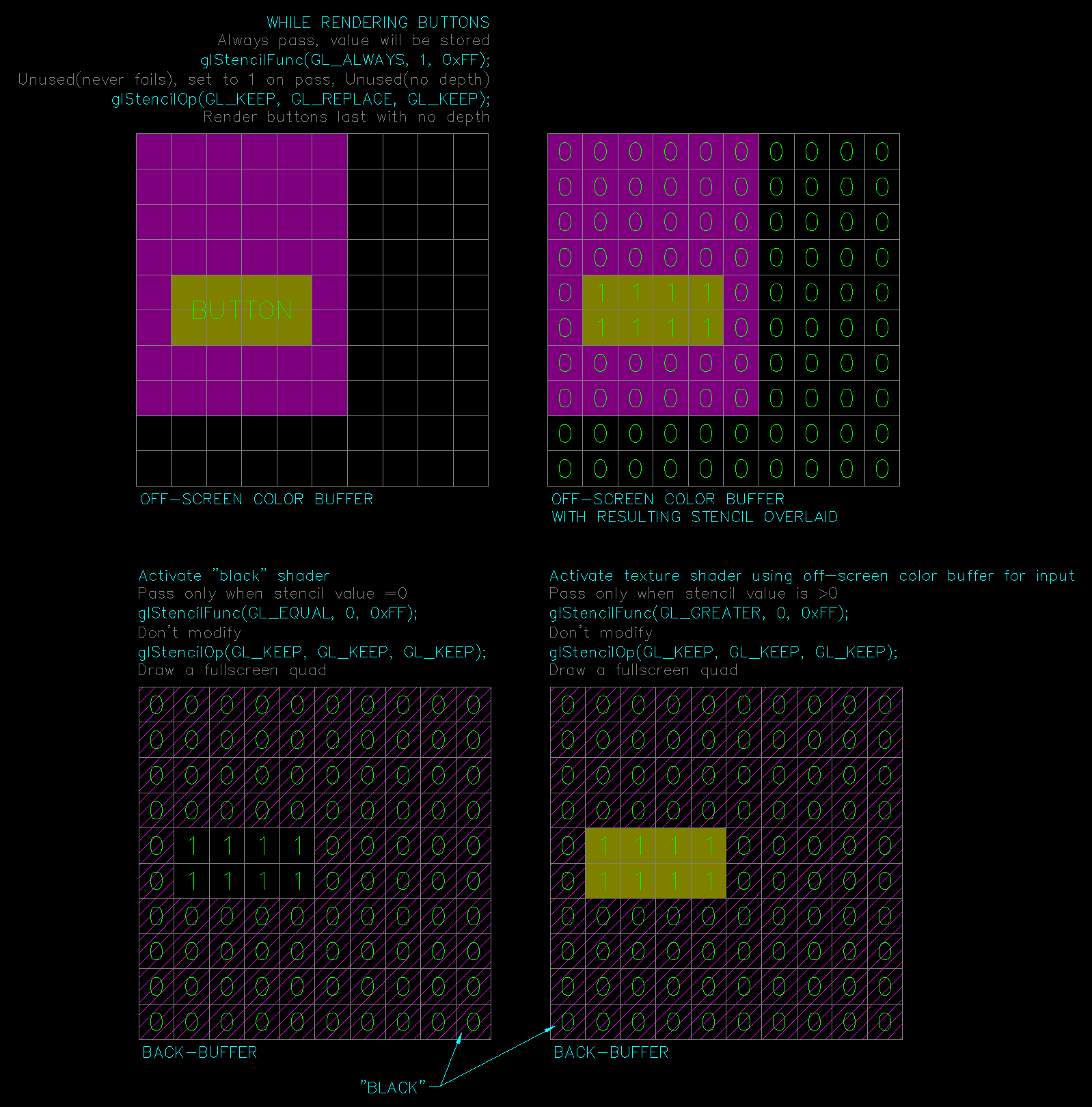 The "black-shader" could just return (0,0,0,1); but could also sample from a texture (animated gradient, etc.)

Not the answer you're looking for? Browse other questions tagged unity gui blending or ask your own question.

4
Blending 2d images to subtract alpha
4
Unity3D How to write to the back buffer AFTER the final pass of deferred rendering?
2
Unity post-processing effect conflicts with UI Image blur shader
0
UI background animation makes camera render beyond canvas, need fix?
1
How can I blend the center color of a 2 side gradient so it isn't as harsh looking in Unity Shader Graph?