Why is Unity3D on OSX ignoring my XBox 360 controller?

I'm using a fork of the Tattie Bogle driver that has a signed kext. The System Settings panel shows all inputs correctly. 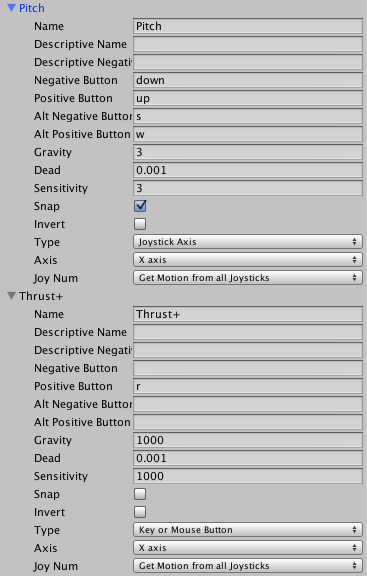 Still, I don't see any input when the game is running. I also cannot configure Positive/Negative Buttons for any input in the Input Manager panel - clicking the input line edit and entering a keyboard key works fine, but pressing a controller button does nothing.

What am I missing here?

After a bit of research it appears your biggest issue, assuming you have just plugged in and hoped for the best, is that (naturally) mac does not have the drivers to understand an Xbox controller.

A good rule of thumb: If you plug anything Microsoft into anything Apple and just hope for the best, your going to have a bad time. They just don't like talking to each other. These two sites gave me a bit of insight into connecting various original and third-party controllers. I assume if you follow the driver installation you have a good chance of that fixing everything, just remember that the driver is what the computer uses to understand the device. It is possible that a different driver will interpret the controller a little differently - this may go as far as swapping buttons on the player.

That said, the driver refereed to at jacobtomlinson.com (provided by tattiebogle.net) has come up in a few times in the past, so I would assume that is the general driver players would be using.

Also keep in mind that the drivers impact the identification of the buttons themselves, so you can not use native windows reference to the controller and expect the buttons to remain the same. This last link shows the button references on a Windows system, and the reference system used by the tattieboggle driver.

Not the answer you're looking for? Browse other questions tagged unity macos xbox-controller or ask your own question.

4
How can I get six Xbox controllers to provide input to an HTML5 game?
3
Using XBox 360 controller in Unity game - game doesn't recognize axis movement
0
Unity3d - How to use controller joystick to look around?
0
In Unity (2017) is there a way to set the buttons used by Input.GetAxis() programatically?
0
“SetSelectedGameobject” only highlights button on second try (Unity 2017.3)
0
Unity Custom InputManger for Cross-Platform Input
1
Select a button without calling click
1
In the new InputSystem of Unity, how to detect the keyboard and the mouse “as the same input device”?