Algorithm that always returns the same pseudorandom output if given the same input of seed, x and y?

I've been trying to find an algorithm that will take in an x value, a y value, and a seed value and then spit out a number between 0 and 255 (or an int that I can cut up into bytes). I want to be able to feed in the tile a player is standing on during some ingame event and get the same value for the same tile any time the player is in that level. I don't want to use a linear PRNG because I just want to check a few tiles at any one time, not go though several of them to get a sequence.

I tried modifying an Xor Shift PRNG, but I just end up making patterns like below: 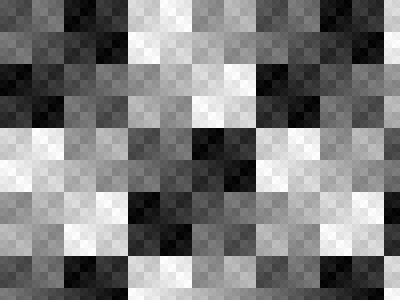 My input values are likely to be 0-32000 for x and y, and seed can be any ulong value. I'd like to avoid floating point math as it's not deterministic between machines (so it would screw up some multiplayer stuff). I just need to not get a repeating pattern, and have each seed produce a distinctly different output. Can anyone point me in the right direction?

What you are looking for is a hash algorithm. You'd concatenate your 16 bit x and y position into a 32 bit number and then hash that to get what is effectively a pseudo random number out. The size of the hash output depends on what algorithm you use, but you could easily just use the lowest 8 bits of whatever the output is to get your 0-255 value. It will have the properties that you want: neighboring tiles will usually have very different values, but the same tile will always give you the same result. For use in a game scenario I would recommend murmurhash. Its not quite cryptographic quality, which is fine for your usage case, and is very fast while giving very nice pseudo random distribution (avalanche effect).

Why not a PRNG, actually? It looks like a simple and good tool to me.

Some pseudocode using srand/rand that you should be able to adapt to any other PRNG:

This can actually be very fast. Using one of C++’s standard PRNGs, the following function compiles to just shuffling instructions (no std library calls) and can execute 80 million times a second (5 times faster than Murmurhash).

8
How do I make a moving object stop smoothly at the end of a path?
3
Procedurally generated 2d terrain for side scroller on Sega Genesis hardware?
1
2D Platform character getting "unaligned" with the map
2
Persistence of Random
4
Procedural generation of evenly distributed random points (2d)
1
Different executions with different results using the same Random seed in LIBGDX
0
Game Maker Language's random function always giving the same result
17
Is Unity 2017 random number generator deterministic across platforms given the same initial seed?
10
How do I render 2D top-down tiled, directed water flow?