My question is, what technique could be used to render such a scene? I'm asking because that doesn't look like it's true 3D; it looks drawn as if a picture is wrapped around the player, but how would you produce and render a picture in such a way?

Here is a rare YouTube video of that game, beginning at 3:40 where the technique I'm curious about is shown.

And here's a picture of one of those environments: 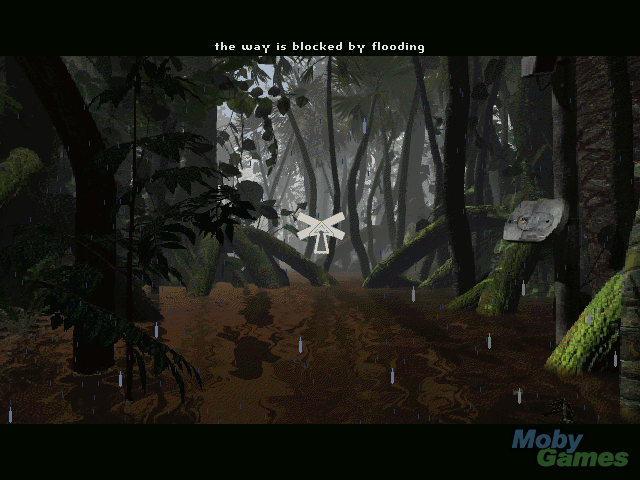 Maybe they just have a skybox behaviour where they track clicks to particular locations on each "quad" of the box.

This basically means each "scene" is no more than 1 cubes worth of verts and indexes.

Puts a lot of load on your artist though.

You could test this by rendering a normal cube inside out and putting the camera inside it, by turning off the z buffer you would basically remove those square edges you might expect from a normal cube.

Not the answer you're looking for? Browse other questions tagged 3d rendering or ask your own question.

10
How do I render terrain in a 2.5D perspective, like in the game Don't Starve?
0
How can I render cloud patterns like in these examples?
0
Do I really need a render() method in the game loop if the view subscribes to the models?
5
How can I achieve a pseudo-3D camera effect like this?
8
3D collision avoidance: finding the updated velocity vector (outside the “collision-velocities” cones)
0
How to increase render distance?