What does the update button in the Unreal Engine launcher actually update the engine to?

Unreal Engine 4 seems to have a very handy way of managing different versions of the engine - mainly you get to keep several copies and choose which one to launch.

That said, not having used the new launcher recently I see that I am quite behind in engine versions but where previously I had to download the new version (as can be seen by my several copies of the engine) there is now an update button on the engines.

My internet is really slow so I'm curious if anyone could tell me what the update button actually does? For example, in the circled one, will it update to some 4.2.x minor version or will it update to the 4.7.2 version that I can freshly install? If I can save some bandwidth by upgrading to 4.7.2 over downloading a fresh copy that would be ideal. 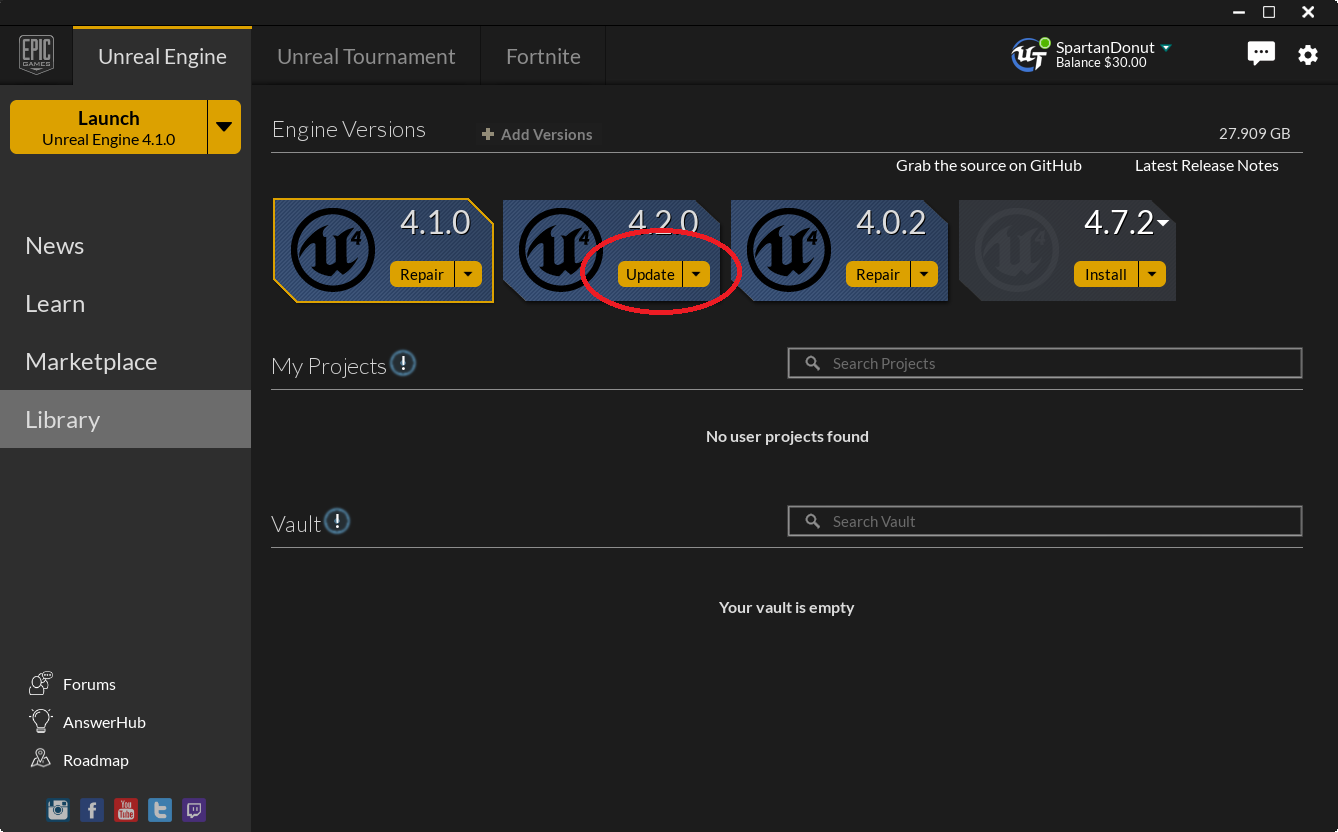 This button will only perform a minor update on the engine. I do not see any options to further update the installed engines so it seems the latest version needs to be downloaded separately. 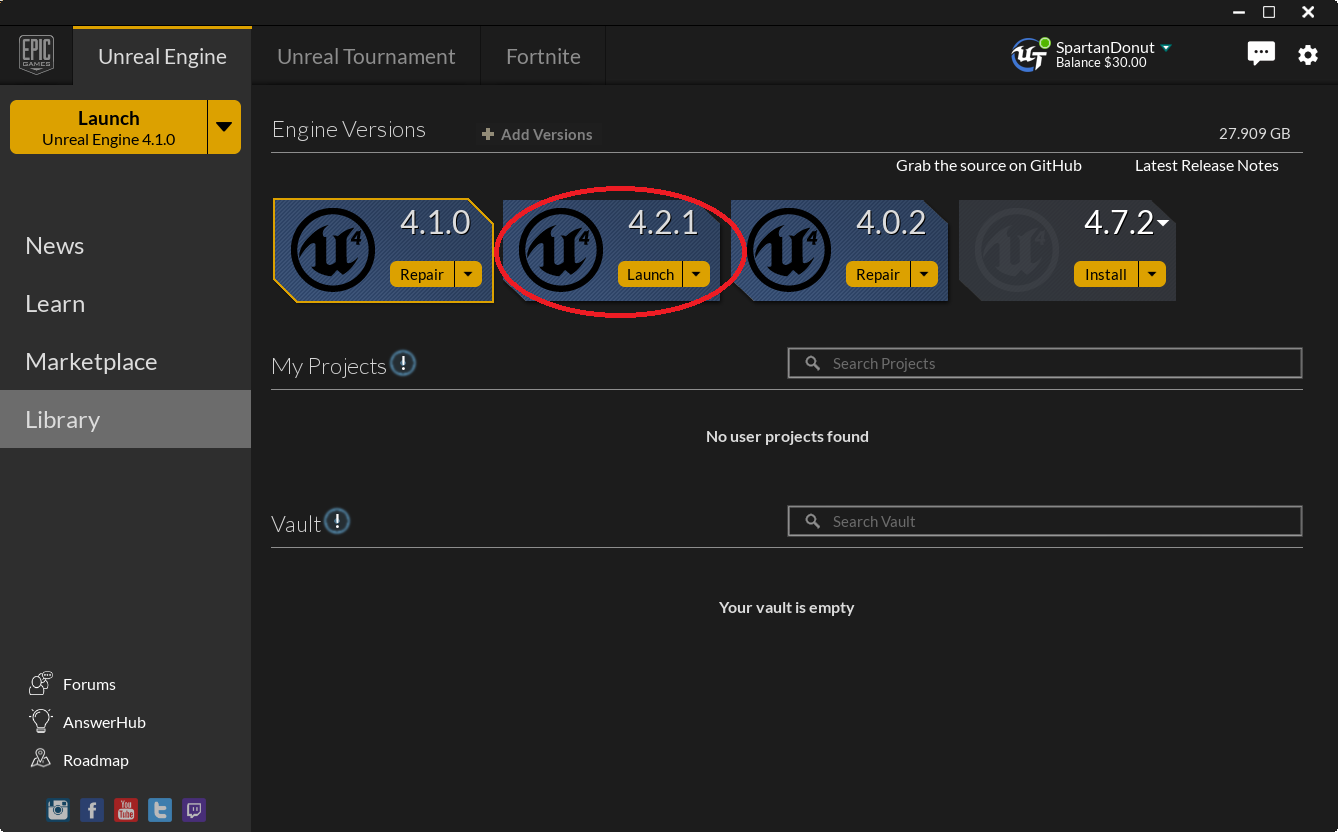 Not the answer you're looking for? Browse other questions tagged unreal-4 .