How can I hide game asset files in my release build?

My SFML 2.0 release build has a file path to game assets relative to the .exe file, so folders such as Fonts, SoundEffects, etc. are explicitly listed in Windows Explorer with the .exe. I'd like to somehow have these game asset folders not appear in Explorer.

I know I can mark the folders "hidden" in folder properties, but I've seen games that only have an .exe and nothing else, yet the game plays properly. How do I do that? 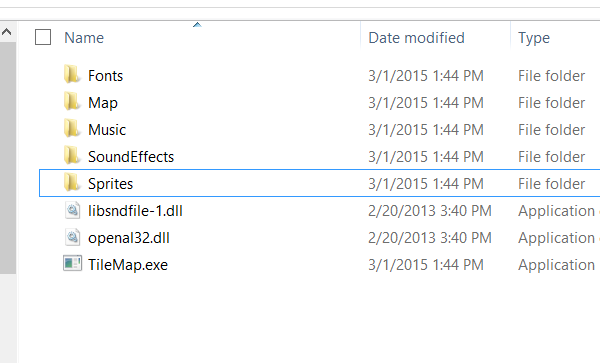 The games that have nothing but an .exe have compiled their executable with the assets inside. This is generally poor practice. By embedding your assets into the executable, they will stay loaded into memory while the program is running, even when not in use. For your scale and with modern machines this might not be much of an issue, but as the executable gets larger, this can be an extremely large and unnecessary performance sink.

Similarly, keeping your assets separate enables the program to load into memory much faster as only the necessary data is put into memory on launch.

To give you an extreme example, think of a game like Deus Ex: Human Revolution. If it was all compiled into an executable, it would consume somewhere in the area of 8GB of memory at any given moment. However the recommended specs suggest 2GB of memory. These recommended specs are usually the maximum amount of data that the game may need stored in memory at any moment. 2GB "occasionally" is a lot better than "8GB all the time"

As for the actual process of embedding the assets, it depends a lot on how exactly you're developing. Many IDEs have functionality that will do it for you. In your situation it probably isn't a big deal for convenience sake, but a much better method would be to have an installer that extracts the assets and necessary executables for the user.

Not the answer you're looking for? Browse other questions tagged sfml release filesystem or ask your own question.

3
Directory paths for resources and assets
2
How to include compiled GameMonkey script in final game release instead of script source?
11
Finding asset files in Linux games
15
How to tie a bullet release with a firing animation
7
Is there a cross-platform special directory I can use for game save files?
0
How does one load TMX files into a SFML game?
0
How to access files in Chrome
1
New game shows up as an update instead of a release
1
What does it mean to “release” a game in a country?