how to 'Scale up' my procedurally generated island/continent without losing its uniqueness? 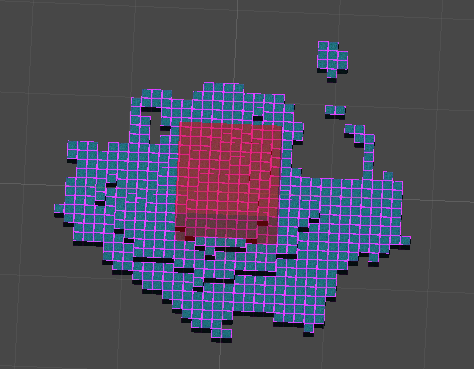 But as time went along, I decided that these islands were way too small and I needed the islands to be much larger almost like continents than islands. So what I did was simply make the radial mask bigger. Which did overall result in bigger islands but my islands were now very much 'centered-based' with each island generating roughly the same except for the very outer extremities: 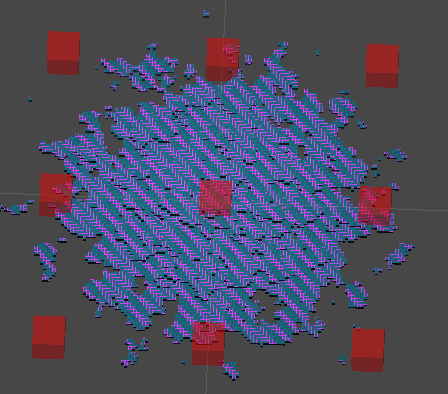 Here is the code I used to generate the procedural island. I included a comment on what value I changed to make the island larger. I used Libnoise for the perlin noise.

How should I modify my code so that it generates islands/continents that have the general uniqueness of the first island but at a much greater scale? Would I even be able to use a mask anymore? Would I have to use a completely new approach to generating my terrain?

I thought about solving my problem by using multiple radial gradients instead of just one but I am afraid that it will end up making my islands too blobby looking and not very realistic. Is that true?

I do this in my game by generating a distance field to a set of line segments, and using that as an additional mask on top of the radial one. Here's how its done:

The result is "mountain ranges" and "valleys" in straight lines. For a crazier effect, you can distort the distances in the mask using Perlin noise.

Not the answer you're looking for? Browse other questions tagged c# unity procedural-generation terrain .