Playing around with God-Rays in my framework, I was greeted with the following artifacts on my laptop: 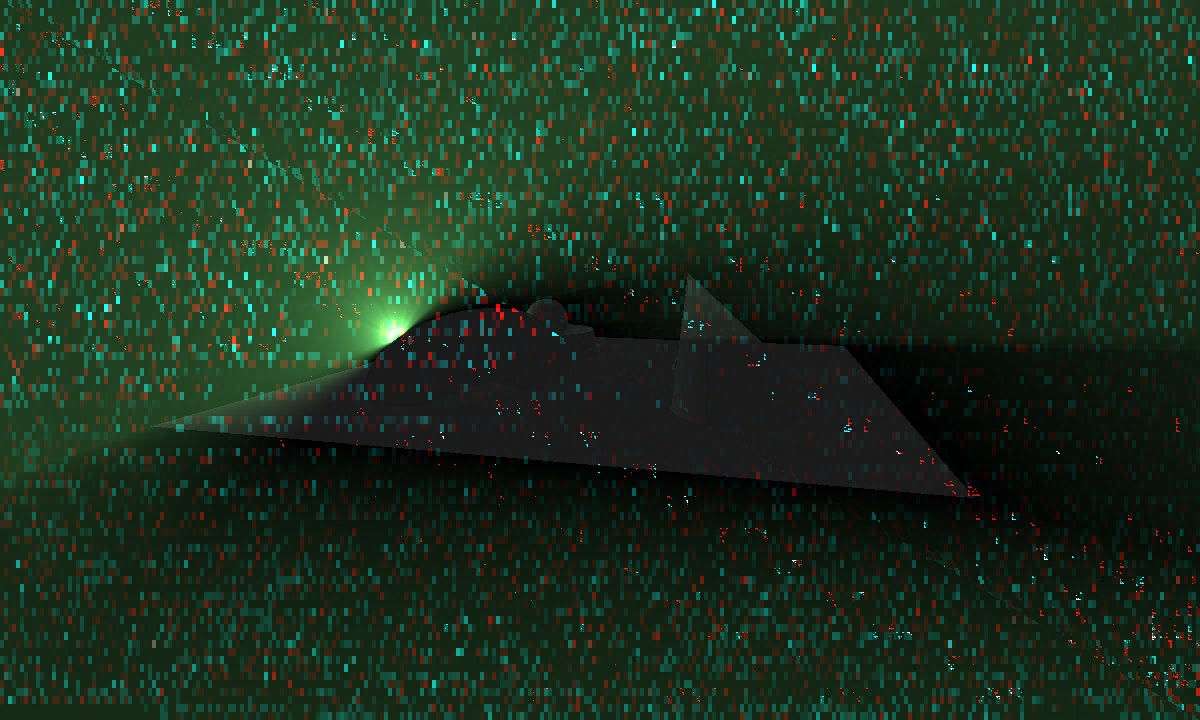 The artifacts themselves act almost like noise, flickering around the image rapidly. They also appear in colors that are not in the source image whatsoever.

Running the program on a PC yielded the correct results with no artifacts whatsoever. The program also experienced the same artifacts on another identical laptop (these laptops are distributed by my faculty, so they are going to be as identical in hardware and software as you can get).

I'm just not sure how to approach an issue like this one. I imagine the source of this issue will be very tricky to find, so I am just hoping someone can offer some advice to put me on the right track to isolating the issue.

Thanks for taking the time to read my post! I will update if the source of the issue is found.

My first thought is the += to an uninitialized outColor. I think it'd be better to do the math on a temporary variable and put it in outColor once it's done.

Not the answer you're looking for? Browse other questions tagged opengl glsl nvidia or ask your own question.