I've noticed that as I add more vertexes to a Line Renderer line the line twists and stops being a smooth line. 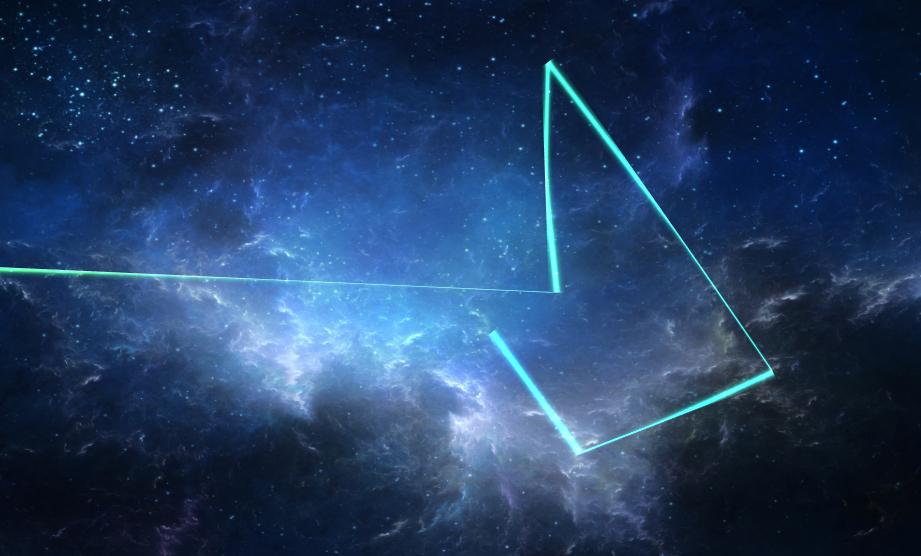 All lines are on the same z level, even if I remove the materials the lines still seem to twist.

I have no idea why it does this, or how to go about resolving it, any suggestions?C#

The problem is basically this: 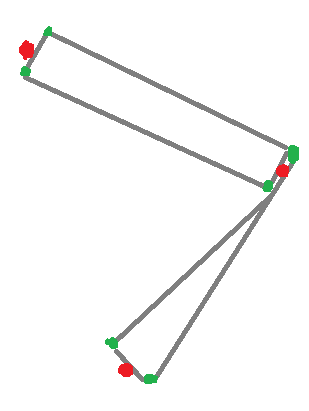 The solution is to create your own line renderer, and not make it so economical. You can do this by generating a dynamic mesh. The mesh will consist of a series of thin quads. For each line segment, you can compute the four corners of the quad by calculating the normal of the line and a specified line width:

Here, a, b, c and d make up the four corners of a single line segment, just like the green dots in the image above. These vertices would be added to the mesh, and you'd also add the indices to make the four vertices into two triangles (so, six indices would be added, a-b-c and b-d-c).

This can obviously get rather complex. I believe another reason Unity implemented their LineRenderer the way they did was because doing it that way avoids another problem, corners. When you start drawing each line segment you'll start to see where the two line segments come together and form an ugly joint. There are ways to deal with this by calculating the shared normal between both lines and updating their vertices to the shared normal, but this only partially solves the problem, since you can still easily end up with pinched lines. The most robust solution is to generate additional vertices at the joints to act as corners.

I had the same problem and I solve it adding more points to smooth edges its not an elegant solution but its simple and works. At least for me. I wrote a function to do this:

One way to solve this for opaque lines is to render a circle at each joint. The circle needs to have a diameter equal to the line width. This requires a few extra vertices to be rendered, but looks really nice. You also can then get rid of the shared normals between the joints.

This still requires that you write your own rendering code instead of using the Unity Line Renderer.

I made an asset that does just this at http://u3d.as/nFE

The way I avoided this is that I always set the z position to 0 in the LineRenderer.SetPosition() method. So instead of writing

Not the answer you're looking for? Browse other questions tagged c# unity 2d lines .

1
3D Studio Max biped restrictions?
0
Why do I get an exception when accessing my sprite members in this fashion?
1
How to smooth hand drawn lines?
1
Enable/ Disable Line Renderer points
1
Scale object based on another object's position
0
How to get the next line character to work in a self-typing dialog box?
0
Unity C# issue with very basic event management system