I would like to know if anyone encountered this problem and if there is any solution beside switching to 3D, because is not a solution at this moment. 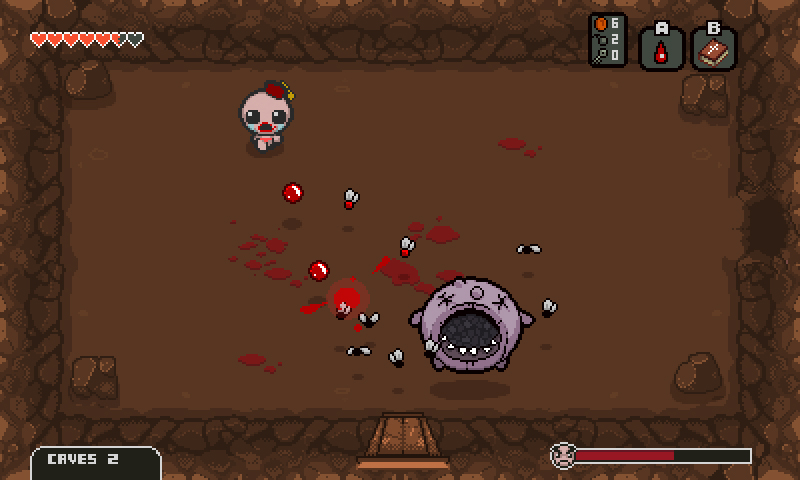 In this image(Binding of Isaac) it may look like the player shoots at any given angle but it's not, he moved to the left immediately ofter shooting.

Not the answer you're looking for? Browse other questions tagged 2d camera perspective third-person-view or ask your own question.

0
perspective camera with libgdx
0
What are the correct angles in the Top-down perspective?
1
How do I fix my planet-facing camera?
1
Angled topdown perspective camera for 2.5d game
13
Efficient way to calculate “vision cones” on 2D tile map?
2
Implementing attack animation in four direction movement
0
How to convert applied torque or angular velocity angle to a positive 0 - 360 degree?
0
Data structure for logical representatios of maps for a 2D top-down RPG
1
3D Perspective issues