How to deal with two different axes on isometric game? 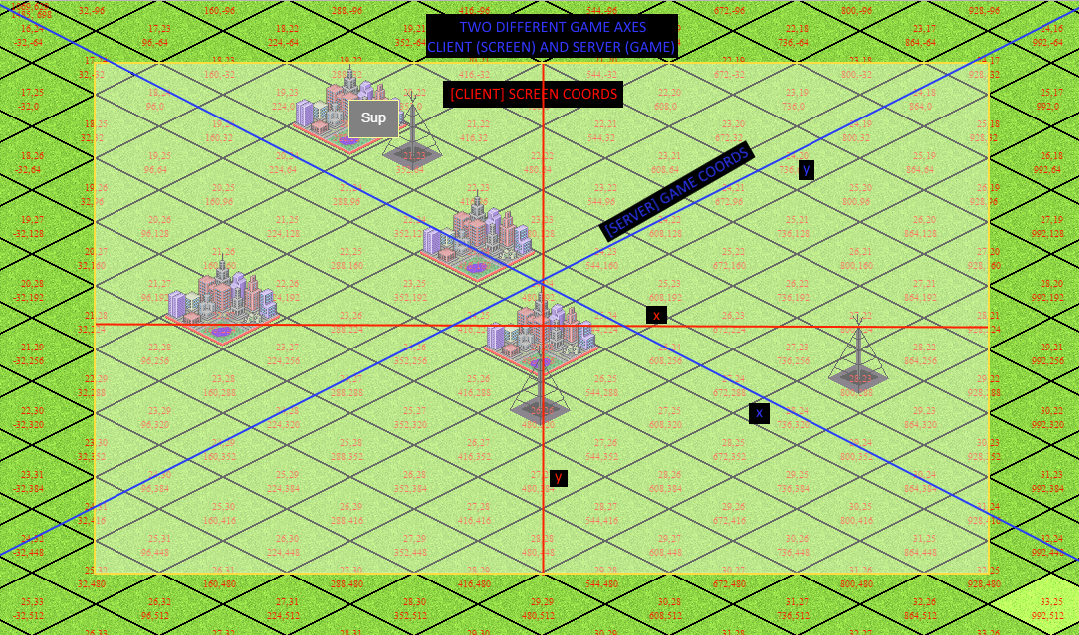 Hi! Above is a visual of the problem I am having. My game has two different coordinate systems. You have the client, or the canvas, where the game is rendered - a standard coordinate plane; however, I also have the game coordinate plane where it is rotated due to the isometric nature of the game.

Note: The server only feeds chunks of tiles to the game at a time, which makes it impossible for me to just translate the canvas. I have to calculate the drag amount and in what direction, and request the new chunk of tiles to be displayed from the server.

My problem: I can't figure out how to calculate the # of tiles moved (so I can send that data to the server), because I don't know how to determine how many tiles and in what direction the user moves the map. Because if they move to the left, it's not only change the game's x position, but also the game's y position because both new columns and rows would have to be loaded due to the nature of the isometric map.

I hope this made sense, I tried my best to explain the problem and I'm not too sure I explained it correctly.

I hope this is the answer to your problem, not something obvious you already know. If it is, sorry!

You can keep the track of the last loaded tiles in each direction in blue dimensions and the movement of camera in red ones. For example, when the user starts, if it starts from the center, mathematically, the tiles will be loaded based on this formula:

Now, you can get the dimensions of the display port. If there are variations in screen sizes, does the objects get scaled up in bigger screens or the bigger screens can see more tiles all at once? based on the answer, whether you have to pass a fixed number or a dynamic formula that gets the actual space a tile takes on the screen (in your screenshot each tile has taken 12% x 10.5% of your display) It's isometric display, and 45 degrees so it's quite easy (only depends on your camera's vertical angles) when you had this "projected" height and width of the tiles in pixels, if the player moved the camera more than the projected width or height of a tile, a new row or column of tiles would be requested, again based on tiles' dimensions on the screen.

I agree that its a big optimization to avoid attempting to draw tiles that aren't visible to the client. I suggest drawing the client screen area using a staggered approach. Refer to the image you've provided in your question to make sense of the following algorithm. It has a nicely visible grid to figure out the row and column movements in the server tilemap data structure. I assume you want as much of the client screen area covered as possible.

Here are some output examples for the code I've provided. 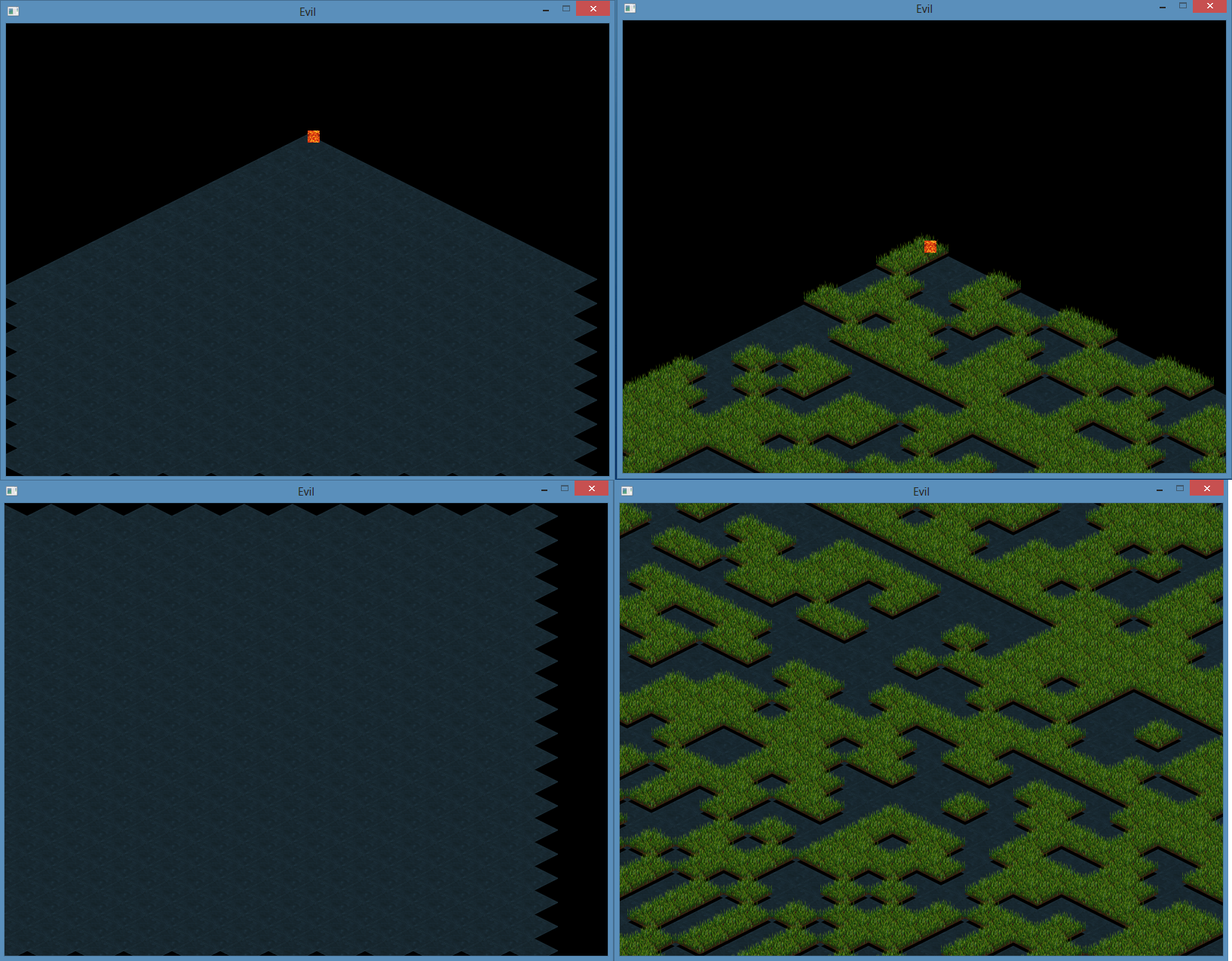 Note that I removed the grass tiles from the "insufficient padding" example on the left to highlight the missing tiles against the back background. The orange square is my programmer art for my player sprite.

Here is the general algorithm:

I am using SDL and C++ but the principles are the same for Java. Note that my tile origins have been pre-calculated and saved as isometric values. I am aware that the following code may be difficult to understand without knowing what all the function calls I'm making are; however, the idea here is that you should look into staggered isometric drawing instead of diamond isometric drawing because it maps much better to client screen area (even if it is more confusing than diamond drawing methods) and the relative draw order is preserved.

I hope all this gets you thinking and ideally helps solve some problems. Here's another useful answer to staggered drawing

Not the answer you're looking for? Browse other questions tagged 2d javascript isometric .

23
Isometric rendering and picking?
2
Isometric coordinate maths not quite right