I am building a 2D game using sprites. I'd like to use the z-buffer to aid with shading.

For that I need Unity to write only opaque pixels to the z-buffer (aka depth buffer). In Unity, sprites are built up of polygons, and it is writing these entire polygons, including the transparent pixels, to the depth buffer.

This is the shader I'm using (with some junk added while trying to get this to work) http://pastebin.com/khprCUA0

I would suspect that AlphaTest prevents transparent pixels from having any effect on the frame or depth buffer (as suggested here), but they still do write to the depth buffer!

The screenshot below shows the inaccurate shapes of objects in the Z-buffer. The king and tree have become blobs because even their transparent pixels were updated in the Z-buffer (drawn using http://willychyr.com/2013/11/unity-shaders-depth-and-normal-textures/): 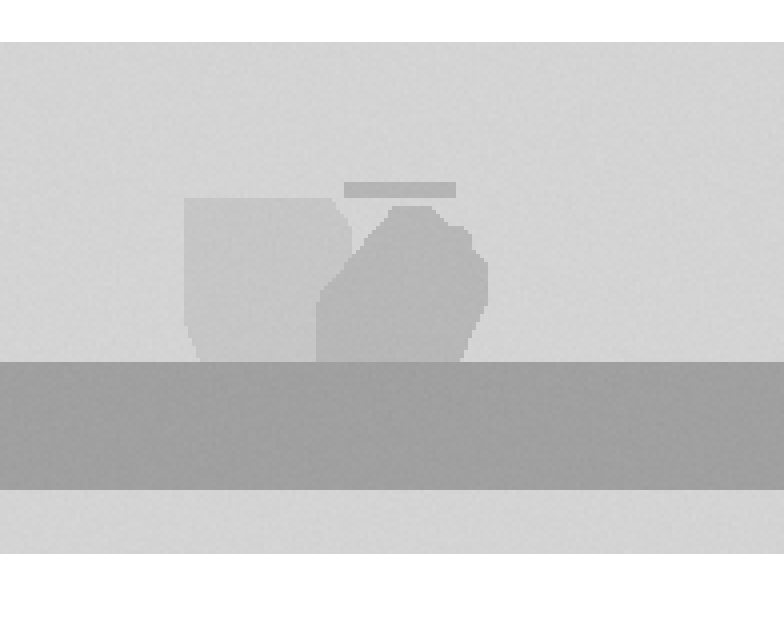 Compare this to the "correct" shape of the objects in the regular view: 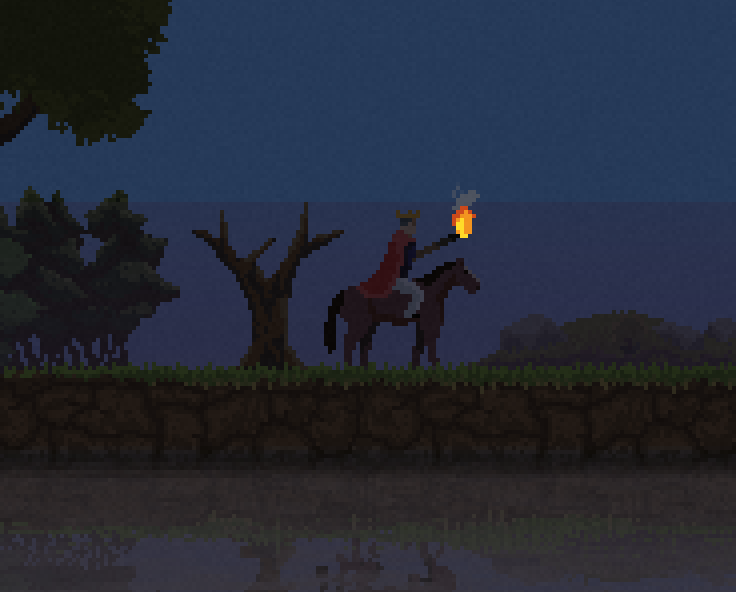 How do I get Unity to not write transparent pixels to the z-buffer?

Unity 5's frame debugger is turning out to be a miracle! Turns out the "Depth Texture" is actually rendered in a separate pass before all other geometry. And I'm having trouble finding out how to use RenderType to include/exclude certain objects from this pass.

It turns out that Unity renders the Depth Texture in a separate pass before all geometry is rendered. It is hard to find how to include objects in this pass, and how to specify how they are drawn. 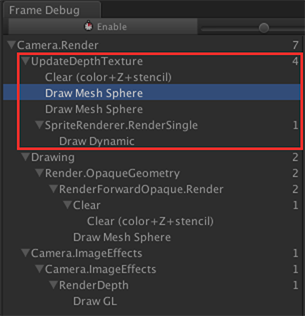 The documentation is kind of vague, but it tells you that the "RenderType" is important without specifying what it should be in order for objects to be included in this pass. I found out that a SubShader will render if it specifies

So, my shader needed a separate SubShader that also performs an AlphaTest with this LightMode set. This in addition to the 'regular' SubShader which will draw the sprites; which might not even need an AlphaTest since the zBuffer is not used for the DepthTexture on my setup. The documentation suggests that some hardware/OS/rendering setups will use the zBuffer but it's not entirely clear.

Not the answer you're looking for? Browse other questions tagged unity shaders depth-buffer alpha or ask your own question.

3
IOS OpenGl transparency performance issue
1
Early Z culling - Ogre
4
Unity3D How to write to the back buffer AFTER the final pass of deferred rendering?
5
How to pass depth buffer from OGRE to CUDA?
3
Possible to create transparency shader which doesn't stack alpha values
2
Use different values for Depth Test and Depth Write in OpenGL
2
Dealing with back to front drawing with alpha blending and z buffer for a list of 2d quads
1
Unity3D sprites vs Mesh Quads - Depth, Blending, Shadows
12
Shader to see silhouette through alpha blended sprites
0
Unity Custom Sprite Shader: Don't write transparent pixels into Depth Buffer