What level of use can I give to these third person IP based art assets?

I'm making my first game (2D), and while details are irrelevant it compromises lots of spaceships in and out of the screen. They are not the main character or controllable by any means (I don't know if it makes any difference).

For the sake of variety and fun, I decided to re-create some iconic spaceships of various known series. They would compromise a small portion of the overall, less than one percent. Their addition would go in the lines of 'easter eggs' or rare sights, just to warm the fans hearts with lovely memories and enrage the ultrafans brains with conflicting date frames and galaxies far far away mixing with milky way lore.

I will implement them on the developer version of the videogame, as I assume private use is as free as air (I really make the game I'd like to play, and hell if I won't be the one that has most fun). I could implement them as an option for the public version if I was sure it was completely safe.

But considering the scenario in which I finish the game and want to fully release it. This are some of the assets, as example: they are external designs, but I painted them pixel by pixel and generally have some little discrepancies with the canon, besides having one dimension less than they have in most of the original commercial products. 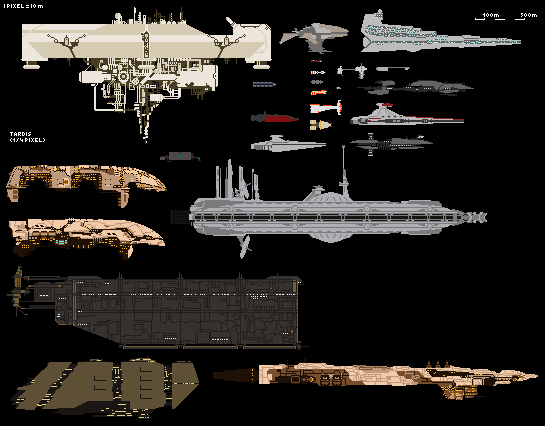 My question is: Under what conditions can I publish them? I would'nt claim them as original or own designs, but I am the maker(and thus, the owner) of the art asset nontheless. The fact that they are so low resolution could allow me to use them as parody work? What if I don't want to make any money of it, and just publish the game without charge?

The simple truth is that I don't really want any problem with anybody. Nor I consider this to end up beeing of any help to my economy. But it would be nice to know if I can distribute it, and what options does it have of helping prevent starvation of one guy. Like, putting a donations button in the same web I use to distribute it, while clearly stating that the development of the game is unrelated to the donations it recives (web without ads, I know that would be considered commercial).

Thank you for your time. (Non-native speaker, feel free to cry blood)

When you don't want any problems with anybody, don't copy other peoples intellectual properties.

Even when you assume you are technically in the right (fair use, notable differences and all), they might still sue. In most parts of the world, civil lawsuits aren't like criminal lawsuits. You won't get an attorney for free and defending yourself as a non-lawyer is practically impossible because civil lawsuits are a minefield of legalese a layman can not possibly survive in. When you want a chance to win such a case, you will have to hire a lawyer, and that lawyer will want money in advance. Such a process can be very lengthy and costly, and when you run out of money you will have no choice but to agree to a settlement, no matter how sure you are that a judge would rule in your favor.

When your game is free, they might decide that you aren't worth their effort (there is no point in paying lawyers to get a settlement with someone who can't pay it anyway), but you can't bet on it. They might just want to get rid of you for strategical reasons or because they fear dilution of their brand.

As a private person there is just no way to win a copyright lawsuit against a big corporation, so better don't risk doing anything which might have the slightest chance to piss one off. Better develop your own intellectual property. It's more fun anyway.

Unless it is a personal use, which means if you go public free or not, you cannot use the exact, recreated or apparently imitated designs without permission.

For parody and fan uses, every company reacts totally different. Some are totally ok with most fan art, some took it very seriously against it and take immediate legal action for any public use. There are also bounty hunter lawyers, who work in agreement with companies and look for illegal uses (or uses that look like illegal to fear enough), threaten owners with lawsuits, settle a payment and take commission out of it.

About fair use, it is not a world-wide concept. In some countries fair use still requires permission. Besides that if you are using them as a decoration, that is, not making humor, writing a research article or giving lectures in a school... etc. it is not fair use even distributed free. You still make benefit (fame, credibility, showcase, uneven competition...etc) out of some other people's work.

Not the answer you're looking for? Browse other questions tagged 2d legal art .

4
Is Free2Play w/ cash shop "non-commercial"?
4
Is it legal to use Creative Commons art in a commercial game?
0
Are metal slug art assets free use?
4
How to correct this issue with a top-down aiming angle in Unity - 2D?
0
Vector field collision avoidance
4
How can I open source my Unity project when I use third party assets?