I am currently working on a 2d platformer and have the general idea of how to apply 'lighting' to my level, but I am not sure at all how to make it smooth, similar to Terraria, as you can see here. 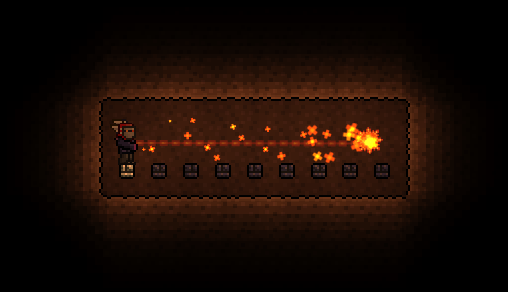 I apply a tint to my tiles based on how many lights or open tiles there are nearby. This tint varies from Color.White to a gray to Color.Black. 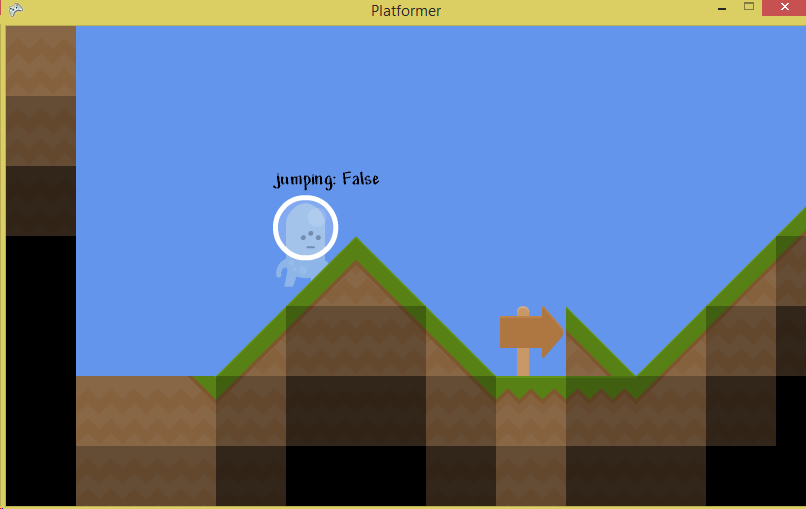 My question is how to 'smoothen' this out and if there is generally a better method to do this. I'm not entirely a fan of shaders at the moment, as I am still learning about them.

I recently attempted this very thing and the question and answer here got me through it - How can I acheive a smooth 2D lighting effect?.

I'll explain it for you though:

What this method does is instead of 'tinting' your tiles directly, it draws that 'tinting' color to a new texture (called the LightMap), scaled down to 1 pixel for each tile. Then you draw all the tiles normally without any color tinting at all. After that you draw the LightMap to the screen and blend the LightMap colors with the tile colors. By scaling the LightMap up to the screen size before drawing, XNA will handle interpolating the lighting values for you.

According to the answer linked above you will need a custom BlendState so put one somewhere in your lighting engine and initialize it like this:

You are going to use this BlendState to draw your RenderTarget2D with the lighting values onto the scene and have them light the tiles appropriately.

For example if your rendering looks something like this:

Where tileStartX & tileStartY is the top left most tile that should be drawn and tileEndX & tileEndY is the bottom right most tile, then you should initialize the RenderTarget2D to the distance between tileStartX & tileEndX and between tileStartY & tileEndY. This is generally your screenSize plus a single tile buffer. So for example with a screen size of 1280x720 and a tile size of 32 you would end up with 42 tiles for the width (1280 / 32 = 40 + 1 tile buffer on each side) and 25 for the height (720 / 32 = 22.5 rounded up to 23 + a 1 tile buffer on each side) which are the dimensions for the RenderTarget2D.

Now you need a Texture2D that is a single, white, pixel so go ahead and make one in whatever photo editing software you've got and add it to your project. Then you are going to use this texture to draw your lighting colors to the RenderTarget2D like so:

I'm assuming all your tiles are in a 2D list or array. Basically you need to loop through all the tiles you want to draw and then draw their tinting color value with the single pixel texture. The end result is that the RenderTarget2D is now a LightMap, containing all the Color values you want to blend over your tiles.

Now you need to switch back to drawing to the screen so add this:

Right after that line is where you need to draw your tiles, but make sure that instead of drawing them with the 'tinting' color you just draw them with Color.White. Also make sure to spriteBatch.End(); after drawing your tiles.

There's one final thing to do in order to light your tiles and that is to draw the LightMap to the screen. When you do this you need to stretch it to the correct width/height. You can find this value by multiplying the size of the texture by the size of your tiles. The complete example at the bottom will explain better.

Before drawing your LightMap you need to set a few things in the spriteBatch.Begin() method. The first is the SpriteSortMode (which doesn't matter at this point) and the second is the BlendState which is where you will use the custom BlendState we created earlier.

If all was done correctly then you should have a properly lit scene with a mild amount of interpolation between the lighting on your tiles. Though this effect may not be exactly what you desired, it is definitely a good step towards learning about lighting and finding your own method later on.

Here is the complete Draw() method in your lighting engine.

Okay, you've done the right thing. To get smooth lighting, all that's necessary is to have a separate brightness for each tile vertex rather than each tile. Then, render the tiles using a series of textured quads. The brightness of each vertex is just the average of the brightness of its neighboring tiles.

However, you are using XNA, so in order to do this, you will have to make use of a custom shader passed in to your spritebatch so that it can use vertex coloring. It is not too hard to do this. However, if you want it to have good performance, you will need to abandon spritebatch and draw textured quads manually.

You draw the lighting values into a small gray scale (or color) texture with 1 texel per map tile, enable interpolation, then sample this interpolated texture to tint your tiles.

This will smooth out the lighting.

Note: doing per-vertex interpolation rather than texture sampling will cause to interpolate over the 2 triangles that makes up the quad and you'll see the 2 triangle gradient split for the tile like on the left cube: 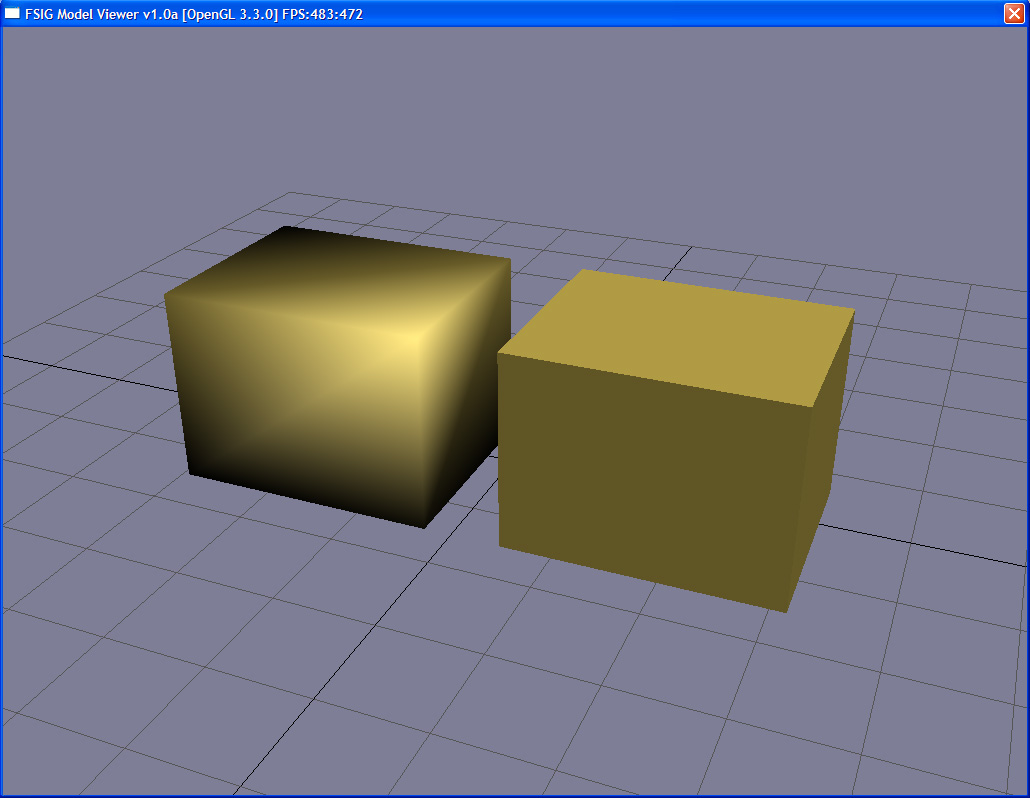 Not the answer you're looking for? Browse other questions tagged xna c# lighting or ask your own question.

17
How can I acheive a smooth 2D lighting effect?
3
Apply Vertex Colors to XNA Spritebatch sprites