Unity2D: Apply gravity to some items, when everything else is gravity-free?

Sorry for the incredibly vague title: Let's say you have an NPC, and when he dies he'll spawn items, coins for example. Instead of just pushing the coins in random directions it would look a lot neater if they coins arced to the ground (see picture below) 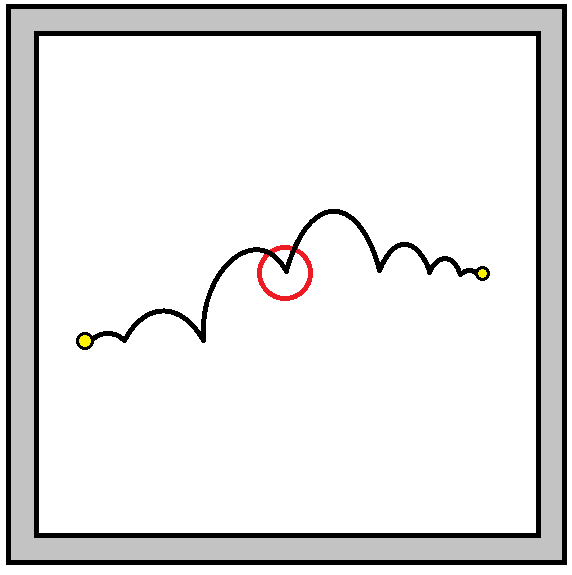 Every entity in my game has a RigidBody2D with gravity set to 0, otherwise they'd fall to the bottom of the gray box.

Is it possible to 'pretend' that the ground around the dead npc has collision?

I thought about maybe adding a collision-box below the coins which follow the coins in the X-dimension only, but I'm not sure how to set the coins to only collide with these boxes (and perhaps left and right walls)

The answer is to not have a collide-box on the item/coin itself, but it still needs a rigidbody2D to simulate gravity.

We start by finding the objects startposition upon construction. We add a force to it, to push it upwards, to simulate that the item/coin is being 'thrown' out of the dead NPC:

Now we want to simulate 'bouncing', as if it was bouncing across the floor. We do so by checking if it's intercepting the 'startPosY' we stated in the beginning. If it's intercepting, stop it (enabling its kinematic-boolean and disabling it) and apply a smaller force to it:

At some point we would like to stop the bouncing. Since we don't want the item to slide down to the bottom of the level, we disable its gravity:

I still have to play around with perhaps modifying the 'startPosY' so all coins don't stack up on one X-axis. Also it sometimes keeps going into the statement

because the position so happens to be under startPosY for consecutive frames.

You can probably use layers to apply collisions on certain objects with designated layers.

The basic idea is to define a layer for the collision ground and the coins so that coins will only collide with the ground (or the objects in the same layer) and not other objects. Upon collision, you will want to check the layer of the other collision:

You can assign object/prefabs a Tag. by checking specific tag (e.g. 'Coin') to collide with floor and allow only this to be bounced. Quoting Varaquilex above

Of course you may want to tag and check the floor as well.

9
How to take into consideration gravity when moving AI
1
Unity2D - Save everything in a scene before loading another and come back to it?
1
How to make a Sprite be displayed always behind everything else?
4
Gravity well shader for Unity2D
2
Prevent UI Button focus loss when clicking somewhere else
0
Unity performance issues when rendering items
0
How to mitigate when applying horizontal force to a rigidbody seems to overpower gravity?
4
Why are some gameplay systems set up to `exist in the world`, with full collision and kinematics, whereas others seem like `complex event timelines`