How do I create a simple clickable button?

I've tried to attach this function to the play button.

I've created an empty Game Object and attached my script to it. But when I go to the OnClick() method in the Play button and try to select my Play() method can't find it, there is only a bunch of useless functions that do nothing to help me load the level.

And apparently most tutorials and forum posts suggest doing it this way, but it doesn't work for me.

I'm new to unity and this problem is getting very frustrating. I'm using the free version of Unity for now.

I am assumming you are trying to make a GameObject that, when clicked, will load another level. If so, continue on with this answer. If not, explain what you want in the comments below or in your question.

Note: In this case, I am going to use the OnMouseButton() method, since it would suit your needs perfectly

I would make a Game Object that would act as the button
This includes:

In this case, I will make an empty cube 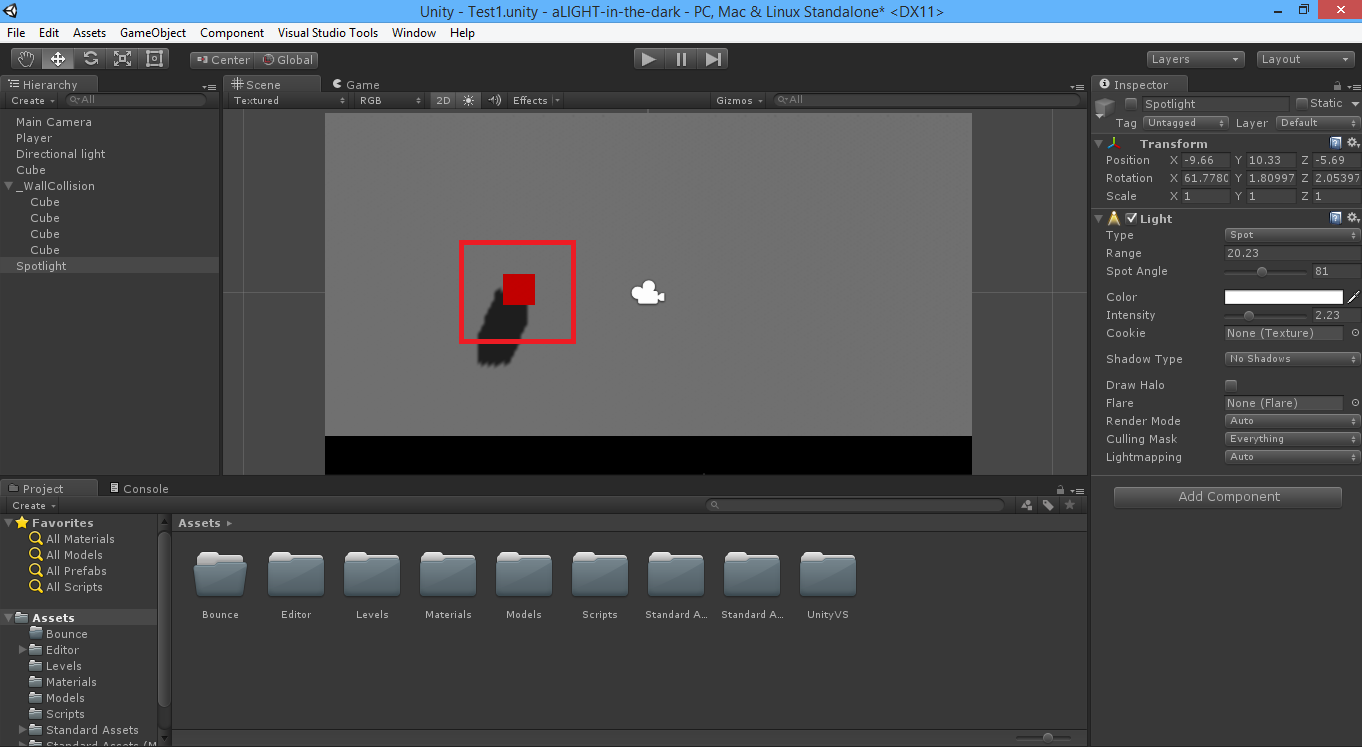 Now, what we are going to use is the method OnMouseDown(), which will run when the cursor clicks the game object. Also, we do not need the Start() and Update() methods, so we will remove them from the script.

And that's it! Skip to the next step if that is all you want. If you would rather call a separate method that loads the next level, look down a bit further before moving to the next step.

Now, I am going to make a method, called Play(), that will load the next level. This code will be activated when I click on the Game Object that holds this code. The OnMouseDown() method will simply trigger the Play() method, rather than actually loading the level itself.

All you need to do now is to attach the script onto a Game Object that you would like to be the play button, in this case it will be Red Cube. Then Click the Play Button to activate the game and see if it works out. 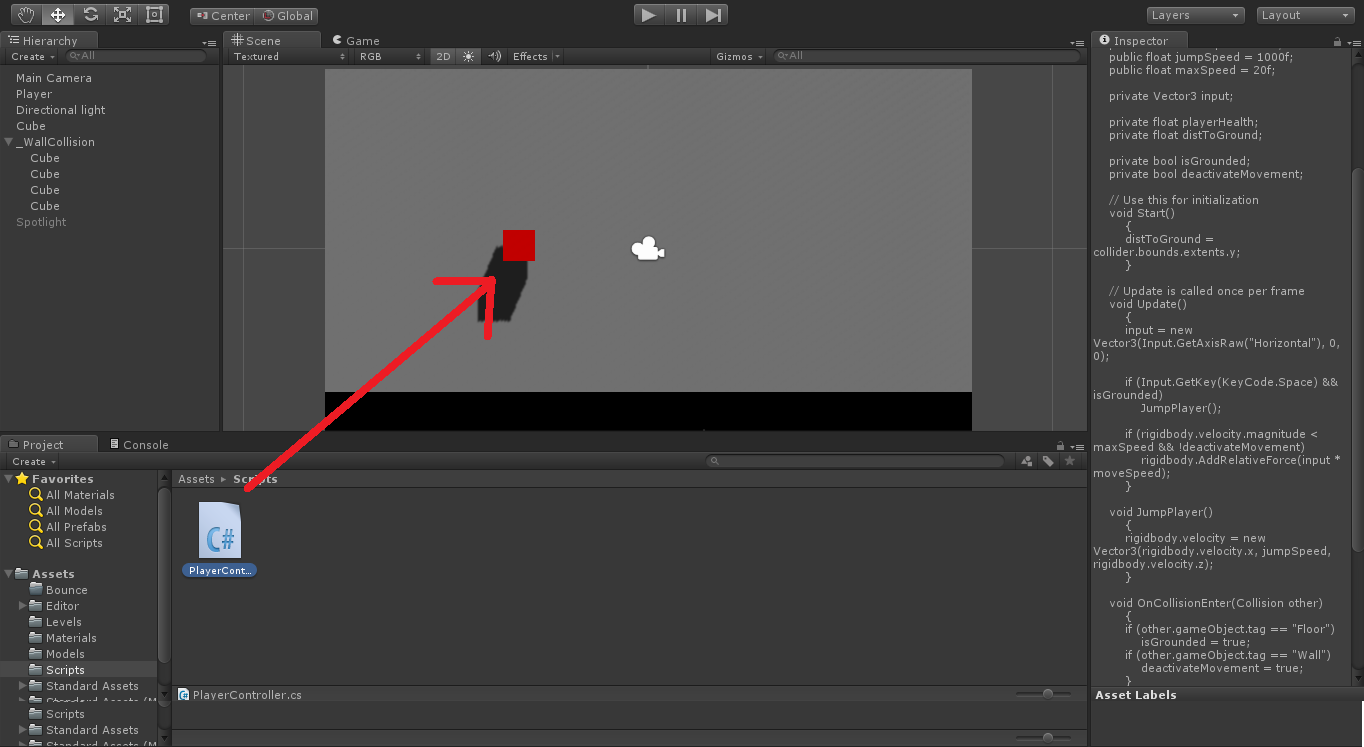 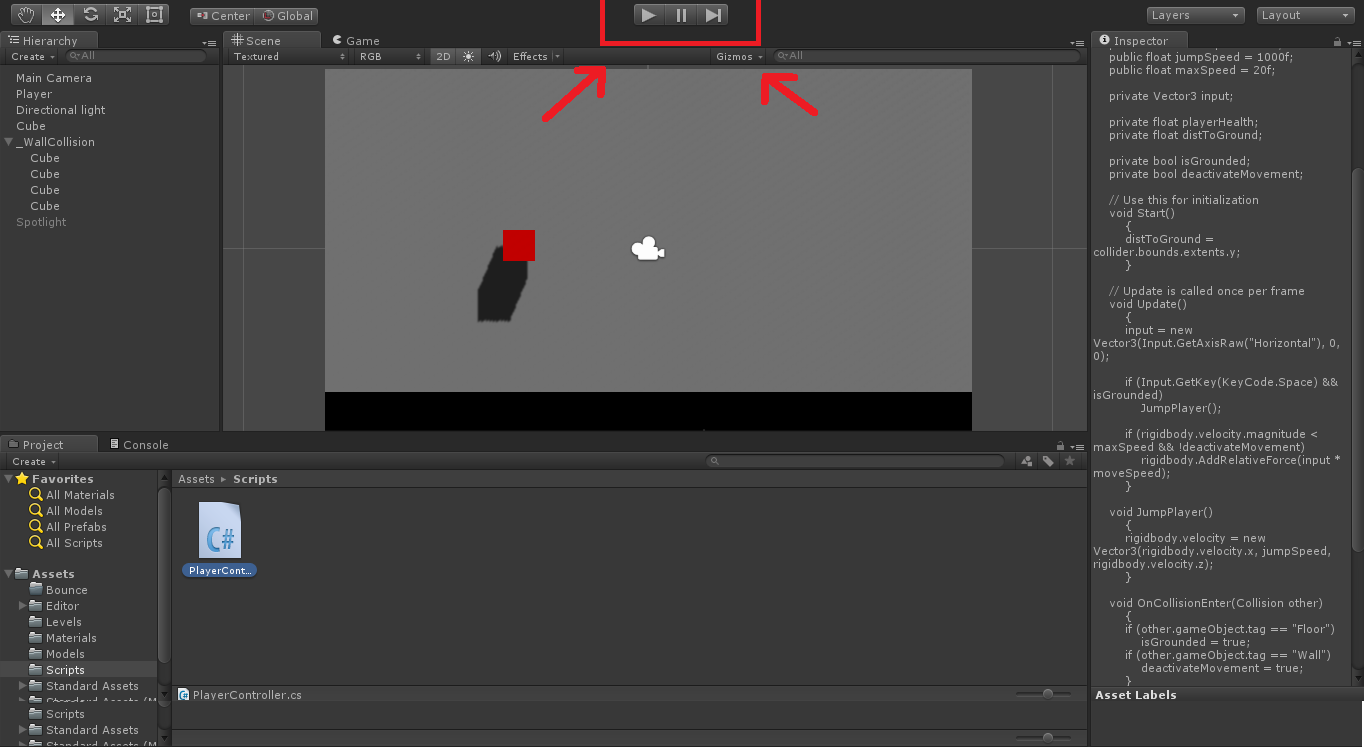 Make sure that you added the scene to the Build Settings, or else it will not work out properly. Search on Google to find out how to do that if you are not familiar with it.

What @Ahkam said is right 100% attach the Script to the gameobject you created and add a BoxCollider component to it ,then do the following in the script

Not the answer you're looking for? Browse other questions tagged c# unity gui .

0
Adding a function call to a prefabbed button in Unity
0
How can I attach a script to a GameObject prefab at runtime?
1
example for creating button programmatically
2
How can I change the highlighted color of a Unity button when it's clicked?
1
show hide button in unity using c#
0
How to avoid game starting before start button is clicked?
3
How to create a solid cross-scene game manager in the editor of unity?