I've seen that a lot of games have the exactly same configuration screen before the game launches, as you can see in the following screenshot. 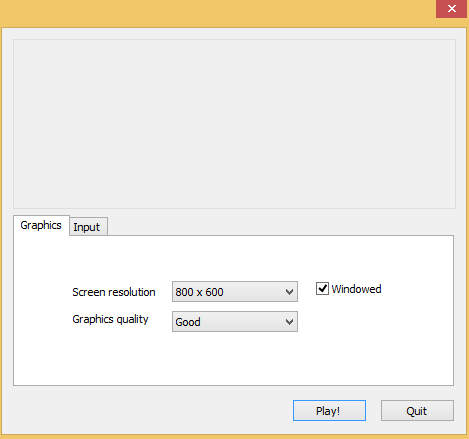 Is this screen generated by some tool, for example, Unity, GameMaker or anything, or is it a plugin that we can use?

The launcher in question is included by default for games built with Unity and is called the resolution dialog.

Currently there is very little customization that can be done to this dialog though preset values can be defined using the Player Settings.

Additionally the dialog can be disabled altogether within the player settings using the ResolutionDialogSetting enum.

This really depends on the actual toolset that's been used in creating some game. There's no such standard screen built into Windows or anything like that. If you see the same window in two different games, then either both use similar/same ressources or one has been modelled after the other.

Are there such plugins or libraries available? Most likely, but listing them here would most likely be considered off-topic/out of scope (since there's no definitive answer to that).

However, in general, I'd try to avoid such setup screens. They're only quite popular in games that have been ported from consoles to PCs or games where the creator isn't supposed having to fiddle around with them (systems like RPG Maker or GameStudio etc.).

They might make writing the program easier (since you no longer have to worry about changeable settings while the game is running), but at the same time it limits the user's ability to adjust settings on the fly, which might also be considered negative.

Not the answer you're looking for? Browse other questions tagged resolution configuration or ask your own question.