Casting a directional line of which an object is coming from

I want to create a directional line ( curve / linear ) depending where the direction is coming from.

In some games, similar to Angry Birds, a dotted guideline is shown to provide where the gameObject is going.

I want to create something like that. But not from the starting point. When i mean starting point, it simply means a dotted guideline from where the gameObject is released.

Am i asking too much ? Sorry if i am, a structural guideline of how to write this code would be great. 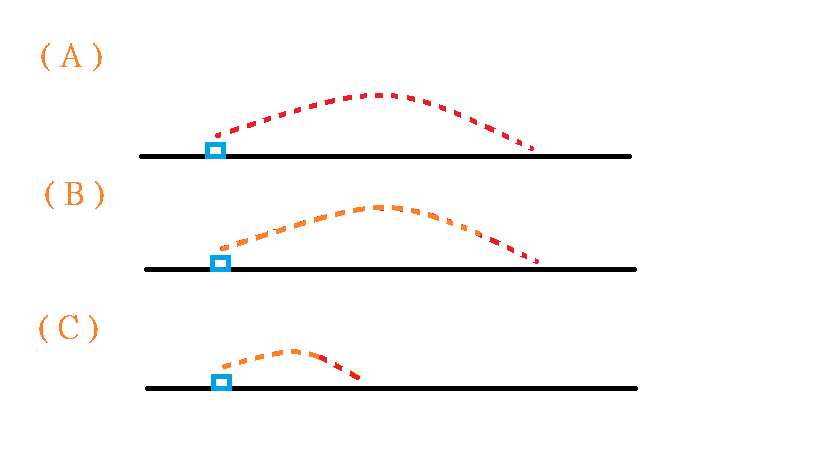 So this how i want it visual. In Diagram ( A ) it shows a dotted line through the whole course of the path.

I happened to be writing a script that draws this kind of preview arc for a workshop I'm putting together:

To draw only the tail end of the arc, you can do one of two things:

Not the answer you're looking for? Browse other questions tagged c# unity angles or ask your own question.

7
How can I draw a line of certain length and direction?
29
How to correctly draw a line in Unity
1
Raycast a ray to the tip of another ray
4
Most Efficient Way To Get Objects In A Rectagular Area - Unity2D
2
object smooth orbital limit around another object depending on mouse drag
0
How to create a line renderer with end point as the mouse position, but with a fixed direction
3
How to find the possible directions to move next?
0
How can I switch between two cameras with fading in/out when switching?
0
Bug with OnColliderEnter/Exit when colliding with multiple objects at almost the same time
1
How to “amplify” a force and physic using AddForceAtPosition?