I want to recreate an effect as close as possible to X-Com: Enemy Unkown's movement range feedback: 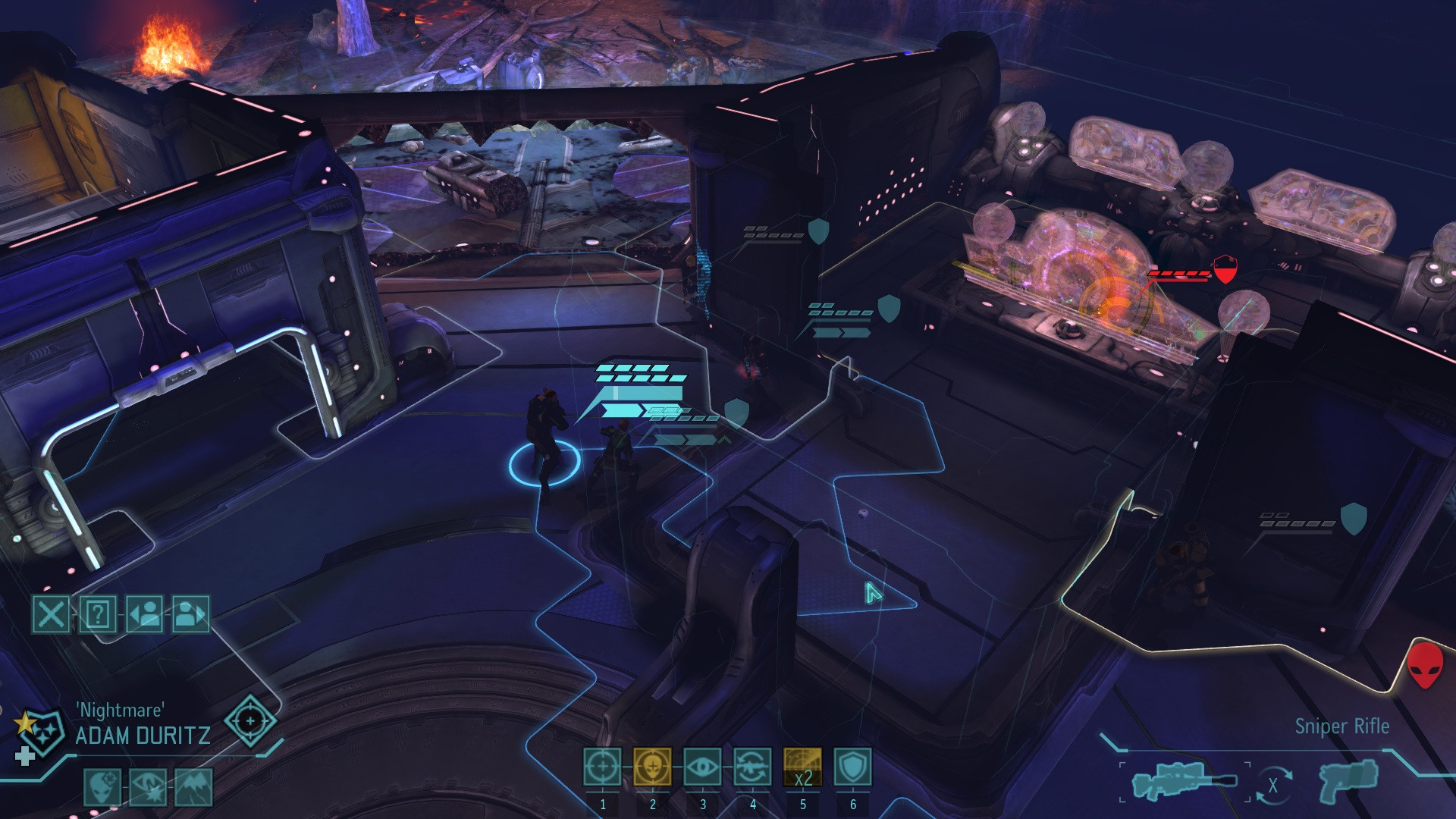 The blue line delimits the tiles which the soldier can reach using a single action. We also are using a 3D grid approach in our game. We are not developing this with a pre-built engine, so I'd like some sort of algorithm which I am not aware of, not some engine's feature (unless it is well documented). We've discussed using things like quickhull, but quickhull generates a convex contour, while this contour can be concave or convex.

Any thoughts or ideas? Thank you for all your input

Edit: Yes, we already have the centers of the tiles which are the "edge" or outermost tiles of the walkable area. What we're not sure about is the following: 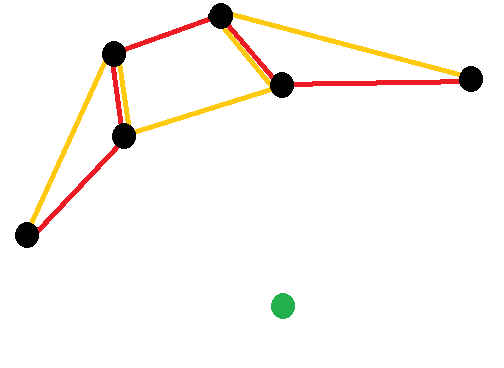 From the green center, given just the points, we could draw both the red and yellow contours. How do we know which one is the correct one? What data would we need?

Final edit: One of the programmers on my team figured out something which is good enough for our purposes. It is not exactly the same as the output of whatever X-Com is using.

You can think of this like projecting the line down from above the world.

First of all, I think the grid is pseudo-3d: 2D movement area, but create vertical lines when the height changes. Given that, check this answer, as the same principle applies.

Hmm... like the other answerers, I'm going to make some guesses about unclear information in the question.

If that's true, one approach is to:

The remaining edges form the 2d accessible outline. You could join them to make a closed loop if needed. Project downward to walkable areas. Draw.

Bonus feature -- works even if the accessible area is noncontiguous, for example if you're not allowed to stay where you are, or there are wormholes in the map.

One of the programmers on my team figured out something which is good enough for our purposes. It is not exactly the same as the output of whatever X-Com is using. 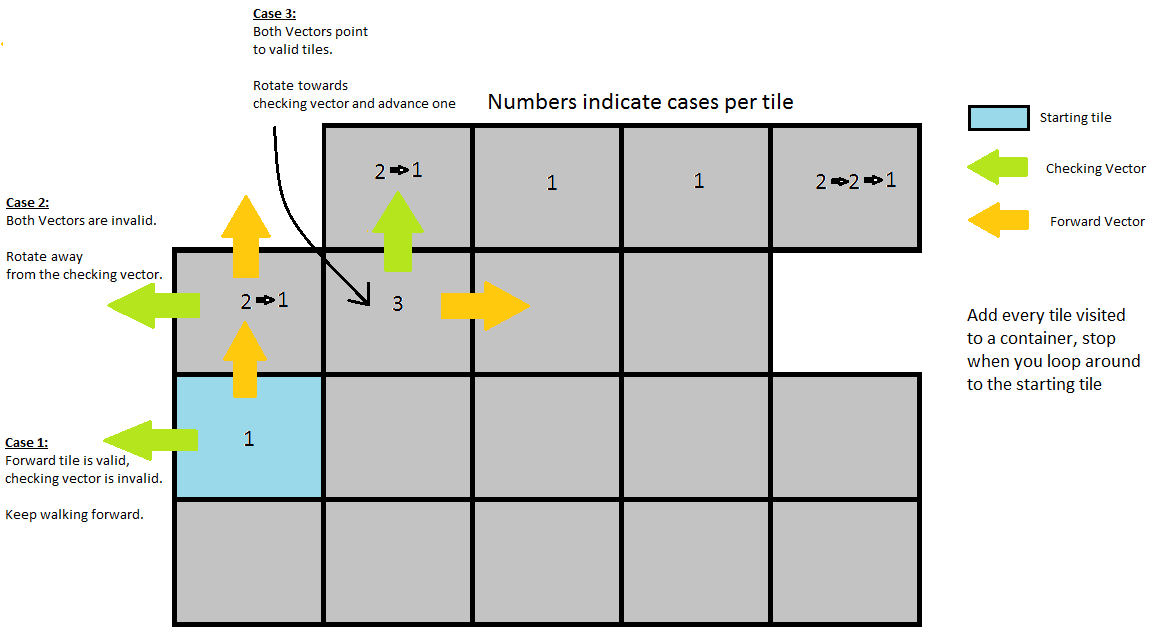 This is the in-engine result:

Not the answer you're looking for? Browse other questions tagged c++ graphics algorithm lines .

8
How to draw the contour of a hexagon area, like in Civ 5
5
How area-of-effect effects are projected into games world?

8
isometric drawing order with larger than single tile images - drawing order algorithm?
18
Get ring of tiles in hexagon grid
11
Determine if a set of tiles on a grid forms an enclosed shape
14
Efficient way to calculate "vision cones" on 2D tile map?
1
Need help with algorithm for generating connected bricks in Pick A Brick clone
1
Best way to calculate city influence maps similar to civilisation?
5
How can I fill the interior of a closed loop on a tile map?