I'm rendering a height map using shader-based OpenGL (3.3 to be precise). The height map data is from a grayscale bitmap (2D array of bytes). The dimension of the bitmap is 256 x 256.

With this data, being the Y value, I calculate X and Z as corners of uniformly distributed cells in a grid. I generate the vertices and upload it to a VBO. I generate indices and populate an IBO; indices are of type GLshort.

I've implemented a free roaming camera to roam around the terrain and verify its correctness. As I move around everything renders fine, except in some angles, particularly when viewing the terrain from above/afar, I see that some triangles in peaks of mountains go missing. In this position, if I vary the camera's position along its Z axis, I see the missing triangle are also varying. When I go closer to the peak, the error goes away and everything is nice and whole.

I've read other similar questions here, which mainly suggest that it could be because those triangles are deduced as back facing and thus may disappear when facet culling is enabled. To rule that case out, I tried glDisable(GL_CULL_FACE) in vain.

I thought of this issue too, but it doesn't make sense. Z fighting happens when two fragments have the same depth buffer value, but the triangles appearing in place of the missing ones (in a slightly different dull colour; see image below) are behind the missing ones and not at the same Z and thus shouldn't have this problem. In either case, I tried enabling and disabling depth test to be sure, but to no avail.

Worried about floating point issues, I make sure that the vertices of the terrain are distributed around the origin i.e. if each cell is a square of length c, then both X and Z values of vertices are distributed equally around 0 e.g. X doesn't vary between 0 to 256 but from -128 to 128, assuming a per cell dimension to be 1 unit.

I tried searching on the internet for an explanation but I'm at a loss there too, particularly when one doesn't know the keyword to search for. This should be happening fairly commonly in serious games since they all have terrains of some kind. Is there a proper name for this, and a solution? 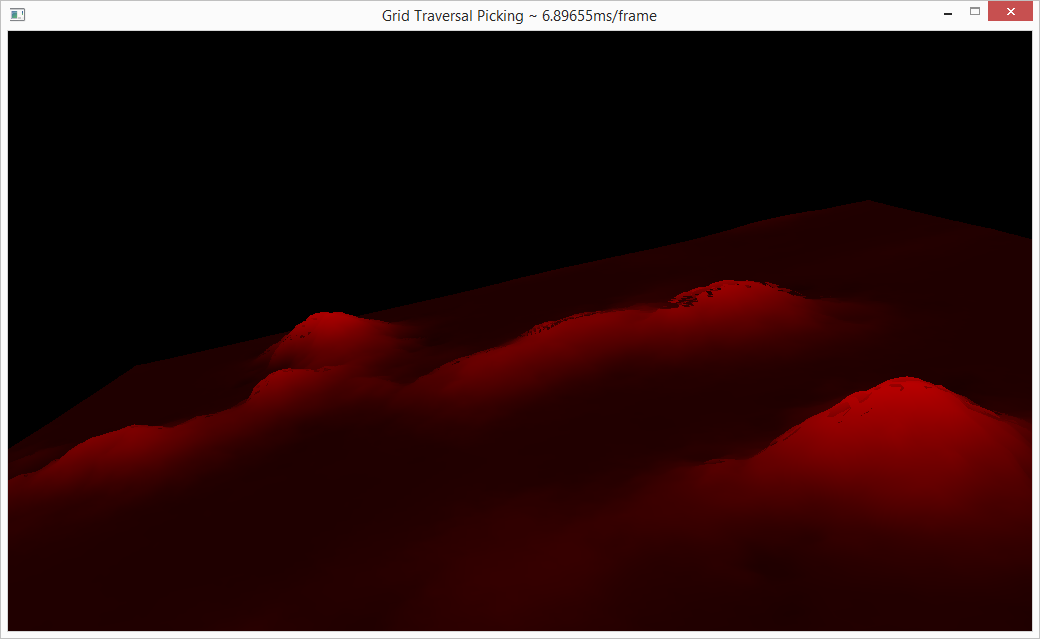 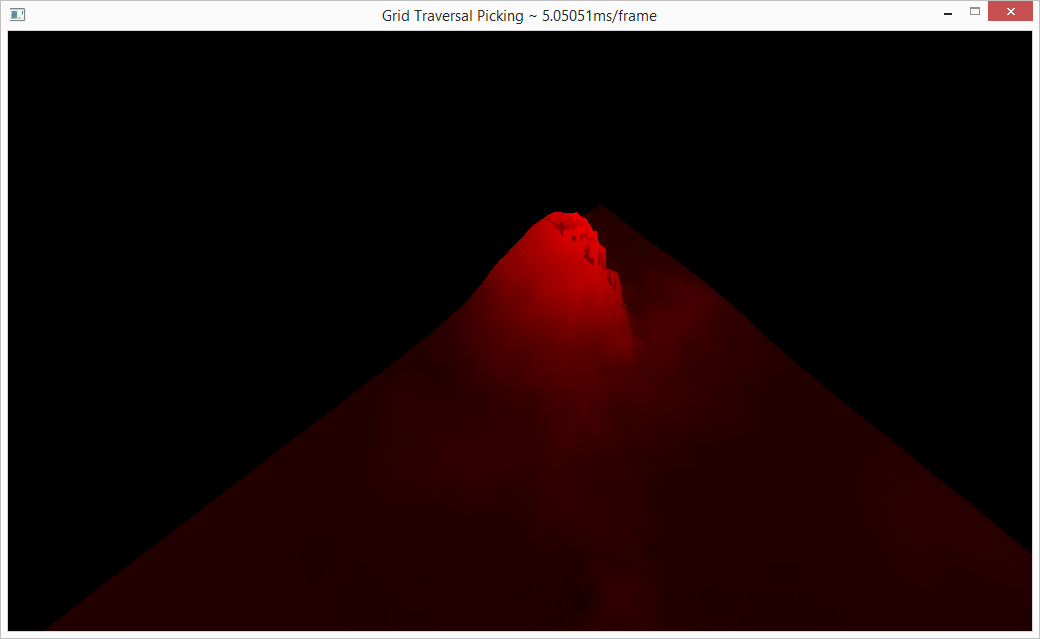 so, to rework from comments: this is Z-fighting. The math is very well explained here: http://chaosinmotion.com/blog/?p=555, and the ways to solve it here: https://www.opengl.org/wiki/Depth_Buffer_Precision, but the gist is that Z-buffer is discrete, non-linear, and depends on the ratio of farplane/nearplane.

4
Drawing a depth map properly
4
Static "LoD" hack opinions
4
How do I improve terrain rendering batch counts using DirectX?
2
RTS Voxel Engine using LWJGL - Textures glitching
8
Why nearby triangles tend to disappear?
2
Quadtree vs multiple resolution grids for terrain rendering
2
How do I make my indices anti-clockwise, so I can cull triangles in OpenGL? (immediate mode)
1
How can I reduce the data sent to the GPU for a voxel?
1
Drawing a grid over a terrain using a mesh - Shader Depth and Z-Buffer
1
Terrain collision detection