I would like to dynamically "build" a song in my game by adding/removing instrument layers. This is normally possible exporting each instrument layer as a separate track, but this method is not so efficient for memory (it's like having multiple songs). I've started to use FMOD recently, so I would like to know if there is a method to save a song with multiple instrument tracks, for example, in an internal format, so that I can manipulate which instrument is going to play by code.

EDIT: An example from my game: I have a character that can transform to different forms. Imagine that the player has an aggressive melee form: I want that the main theme changes accordingly with the current player form. In my example, when the player is in the melee form, I want to add an electric guitar. If I change to a "bird" form, it would be nice to have a marimba instead of the guitar. Note that the rest of the main theme remain exactly the same. I know that I can export different songs, each one tailored for each player form, but I was wondering if it is possible to do something "better". When you save a song as a project file, you have more information than the actual music. Take FMOD Designer, for example: 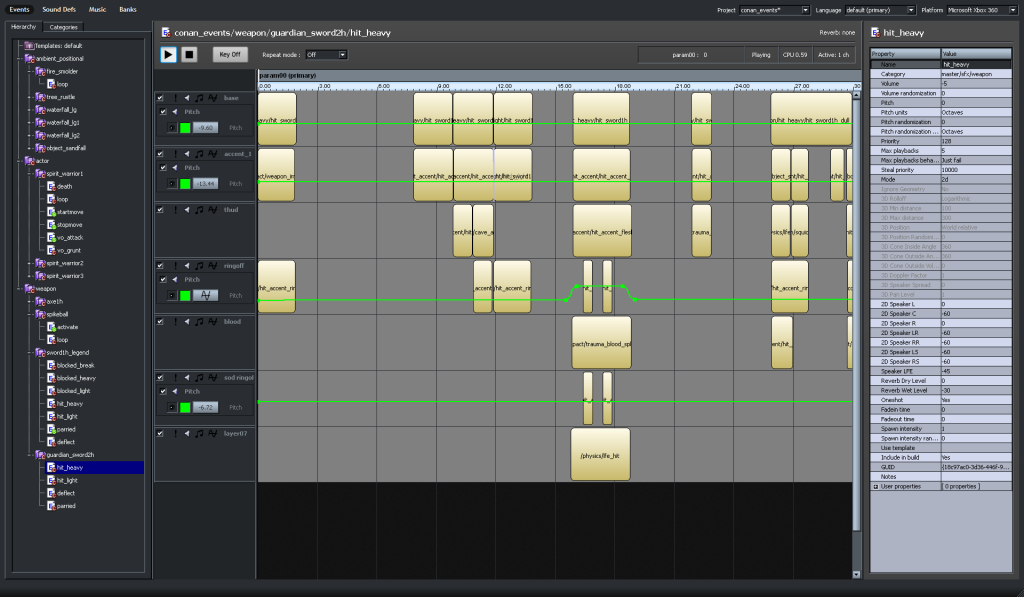 Here we have all the information about layers, instruments etc. so that is possible to mute an instrument, for example. What I want to achieve is to make one song, containing all the instruments(guitar,marimba in the example), so that I can mute/un-mute them by code. Is there a way to have such a format loaded by FMOD c++ API?

Here is a video of how you can achieve multiple tracks using FMOD : https://www.youtube.com/watch?v=GZJrCF6DwF0, There is a long series of tutorials that should guide you further than that even. Hopefully you will find this useful.

Not the answer you're looking for? Browse other questions tagged audio fmod or ask your own question.

2
Playing NSF music in FMOD.net
6
How to make footsteps sound sync with animation (FMOD/Wwise/similar)
2
How to get several frequency ranges at the same time in fmod?
3
fmod getWaveData() export to WAVE file help (C++)
1
Stereo music playing in mono in libGDX
2
How to get SDL2 to play 32bit WAV files