I am working on a game on a spherical surface which first of all is a big challenge in itself. 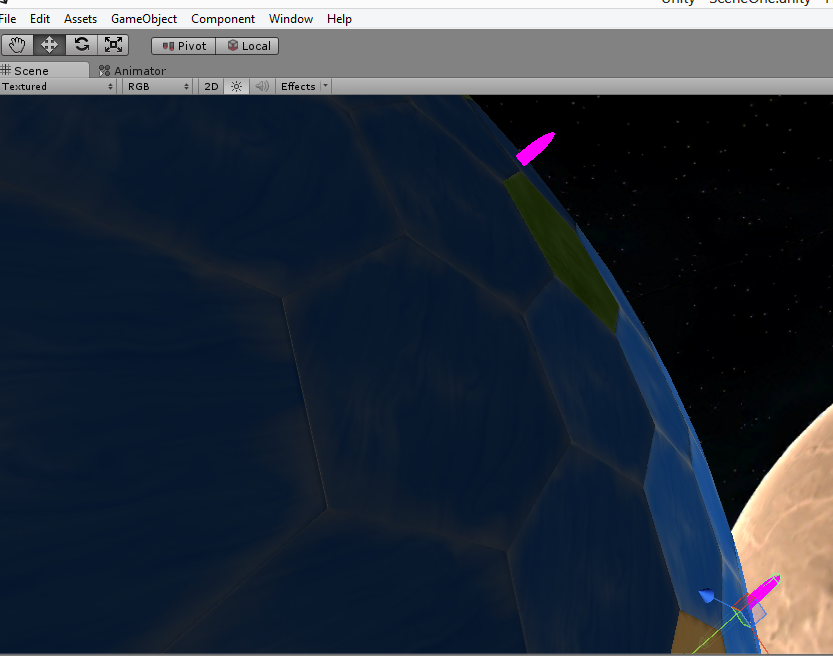 After some work I thought about shooting a projectile from source to target. I found a script for the same on Unity forums. The below code works for that

Could I now create a path trajectory with all the calculated points at a certain time from source to destination, store those points and then create a path? Would that work?

I just recently got Vectrosity but I am not sure how that would work here. If someone could give me a direction as to what functionality from Vectrosity would help me solve this problem?

Okay after looking into several topics on the internet, I found a cheap solution which I am not sure would work

so basically the idea is to instantiate new gameObjects with lineRenderers attached on them and drawing lines based on the current position and future positions of my projectile in motion. Here is the code that does that

I am not sure if this is ideal but I would still like to know if Vectrosity would do a better job with this. If someone has a better solution please let me know!

Browse other questions tagged unity mathematics projectile-physics or ask your own question.

5
Selecting all GameObjects in Unity
2
How to draw an arc between two angles?
1
Find Initial Velocity for Parabolic Arc with Fixed Angle that Crosses Target Position
0
Get intersecting point of Arc, X distance from centre (Unity)
0
Unity Destroy Unused GameObjects
2
Moving a 2D object along circular arc between two points
1
How to completely stop the camera from clipping into the ground
0
How to create a projectile path in unity using physics