Here is code which I'm using at the moment. 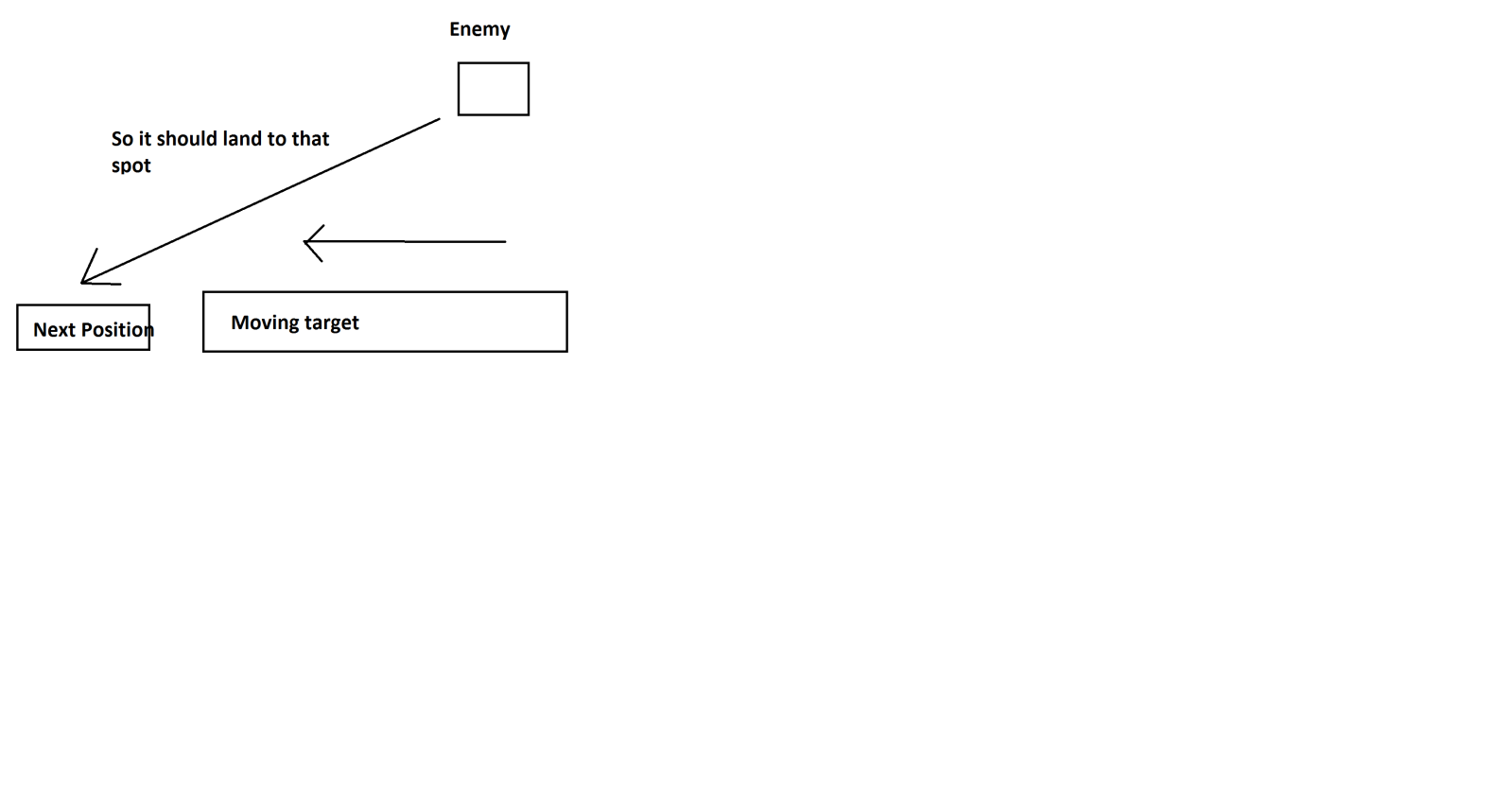 Note that I've written those assuming that the platforms accelerate over time, as you describe in your post. The enemy, by contrast, will move at constant velocity towards the platform.

Now in order to hit the platform, we need the values to be the same for some time T:

Notice that we have three variables to solve for (T, vel_enemyx, vel_enemyy) and only two equations. This makes sense, as we can have the enemy move really quickly towards the platform, and hit it earlier, or move more slowly and hit it a bit later.

In your example, you fixed the time T to 3 seconds, so substituting that you can then easily solve vel_enemyx and vel_enemyy.

EDIT: Using your variables, code would be something like:

1
How to get a point to the left/right of a vector
2
Intelligently move aircraft using curves
0
Vector-based Pong-ball bounce calculations
0
Calculating position to position B with speed
1
Scale object based on another object's position
3
How to completely stop the camera from clipping into the ground
0
How to calculate a movement Vector3 to kill unnecessary momentum and start moving in the right direction?
0
Moving ship to new destination when already having a velocity?